Tinder claims to have made 30 billion matches to date, but many of those connections did not go beyond the digital world.

A new analysis found that many users do not meet their potential mate in-person and the chances of finding someone interested in a long-term relationship are very slim.

Researchers discovered that users need a very large number of matches in order to have just a few meetups – as only 50 percent of users met one match face-to-face.

Tinder is a location-based mobile dating service app that presents users with pictures, name, age and other information of potential mates.

Users swipe either left (not interested) or right (interested) on the screen, and provided both users swipe right they are matched and can begin messaging.

Tinder has boasted that it sparks more than 26 million matches per day, but a new study finds most of these matches do not form outside of the app.

Tinder claims to have made 30 billion matches to date, but many of those connections did not go beyond the digital world. A new analysis found that many users do not meet their potential mate in-person and the chances of finding someone interested in a long-term relationship is very slim

Trond Viggo Grøntvedt at the Norwegian University of Science and Technology and his colleagues surveyed 269 students in Norway who were all members of Tinder – 60 percent of participants were women.

The students were asked a series of questions, which included: ‘If you are a current or former user of Tinder: How many matches have you had since you started using the app’ and ‘Of those people you have met using Tinder, how many did you meet with an interest in a long-term committed relationship?’

And only about 25 per cent of study participants said they had used the app to meet someone interested in a long-term relationship. 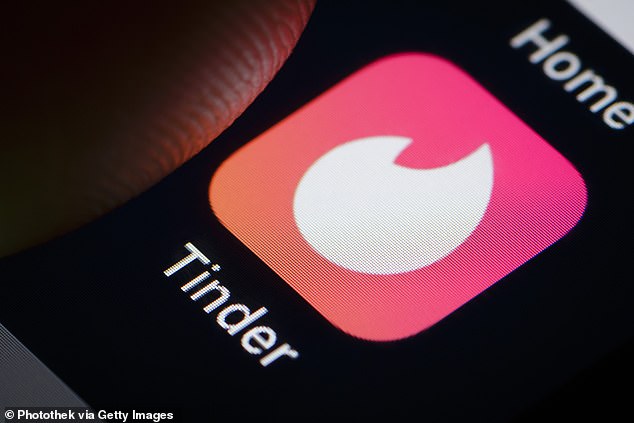 Researchers discovered that users need a very large number of matches in order to have just a few meetups – as only 50 percent of them result in face-to-face encounters. And only about 25 per cent of study participants said they had used the app to meet someone interested in a long-term relationship

The team also looked at statics of sexual encounters on the app, as Tinder is known for helping many achieve a one-night stand.

Around 80 percent did not engage in sexual activity using the app, 13 percent achieved only one, three percent noted two and the remaining four percent had more than two.

The researchers suggest that Tinder may not be a platform for finding the one, Grøntvedt told NewScientist, and is even skeptical about if the app has had an impact on dating.

‘Tinder may not be rewriting the fundamentals of modern dating: similar patterns continue, simply in a new arena,’ he said.

‘The paper challenges the stereotype that [Tinder] is purely a ‘sex app’, instead finding that this applies to only a small minority of users.’