By Giulia Bottaro At Proactive Investors For Thisismoney.co.uk

The junior market has enjoyed a formidable year for fundraisings despite the pandemic weighing on stocks worldwide.

Some £4billion funds have been raised in the nine months to September, which tops the £3.9billion raised in the whole of 2019, according to broker Allenby Capital.

Most of these funds have been raised for existing listed companies, though there has been 15 initial public offers so far.

Verici Dx, a developer of advanced clinical diagnostics for organ transplant, will make its debut next week though it has already completed a £14.5million placing.

In terms of secondary fundraisings, many companies tapped the market to survive major downturns in trading during lockdown, such as airline Jet2, but investors were also eager to back success stories.

The pharma sector was the star of the show, raising £679million or 18 per cent of the total in 2020 so far to support both Covid-19 and existing projects.

The market was also interested in companies that benefitted from the online shopping surge, such as retailers Asos and Boohoo and warehouse operators Urban Logistics REIT and Warehouse REIT.

This week, Angle raised a further £19.6million to propel its breakthrough liquid biopsy into the commercial phase, while Advanced Oncotherapy tapped the market for £7.7million to support its next-generation proton beam therapy technology.

Turning to the wider market, the AIM-All Share slipped 3 per cent over the week to 946, but still outperformed the FTSE 100, which dropped 5 per cent to 5,574.

Among the risers, Chariot Oil & Gas soared 36 per cent to 6p after financial institutions expressed interest in financing the development of its offshore Moroccan gas assets.

Meanwhile, model train maker Hornby steamed 20 per cent higher to 43p after flagging that sales continue to be ahead of last year while it looks forward to the key Christmas period.

Sensyne Health jumped 17 per cent to 123p following an extension of its relationship with Microsoft to collaborate on clinical artificial intelligence and health-related cloud technologies.

Elsewhere, language courses provider Malvern International shot up 12 per cent to 0.1p after its half-year report allayed investors’ fears about its survival prospects, since it now has enough funds to continue operating. 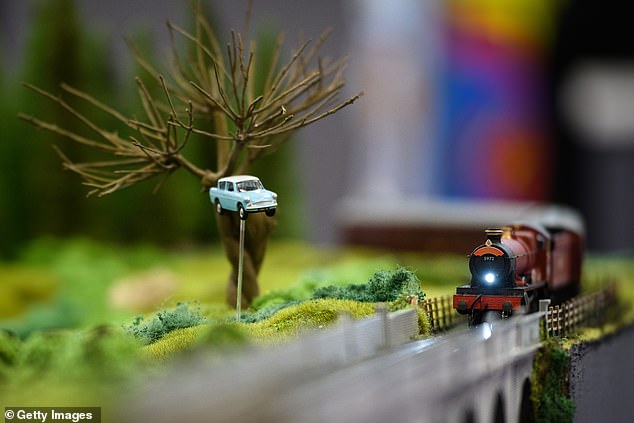 Among the fallers, Omega Diagnostics lost 24 per cent to 74p after revealing its food intolerance business had been hit by the effects of the pandemic. Traders took the opportunity to bank some profits after the shares rose from around 10p at the beginning of April on expectations of the diagnostics company making a lot of money from the fight against the coronavirus.

In the retail space, clothing chain QUIZ shed 19 per cent to 6p after admitting increased sales in its casual ranges are not making up for losses in occasionwear revenues, leading to a 73 per cent slump in half-year revenue to £17million.

Completing the outfit, Shoe Zone tripped 13 per cent to 39p after ruling out dividends for five years and warning the reintroduction of business rates might bring to the closure of a fifth of its stores.

In the oil sector, Lekoil tumbled 18 per cent to 1p after its interim loss widened 34 per cent to $7.9million, while the cash balance dropped to $2.9million at the end of September from $4.6million in June.

Finally, escape room operator Escape Hunt fell 15 per cent to 9p after announcing the opening of its next owner-operated site in Basingstoke, perhaps not a great timing considering the rising infections in the UK.