By Sam Mcevoy For Mailonline

Marseille players did not take the knee moments before their Champions League encounter with Manchester City on Tuesday – but instead stood around the centre circle and watched as Raheem Sterling and Co did.

Players, coaches and other staff have been taking the knee in England before games since June as a show of support for the Black Lives Matter movement.

However, the gesture has not been adopted in France, according to Get French Football News, which led to the unusual scenes at the Stade Velodrome seconds before kick-off.

Andre Villas-Boas’ men were seen stood huddled together in a line while the Premier League side took the knee before the game started.

Other reports are suggesting that the Ligue 1 players opted for a one minute’s silence instead to pay their respects to Samuel Paty – a French teacher that was murdered in a terrorist attack last week.

Despite this, fans online questioned why the Marseille players didn’t take the knee while some claimed the hosts should be ‘ashamed’. 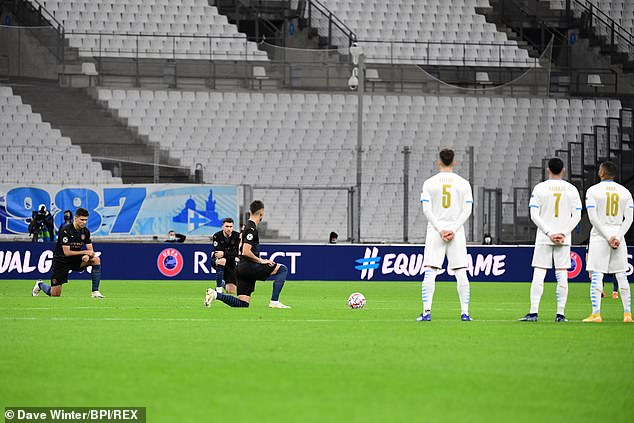 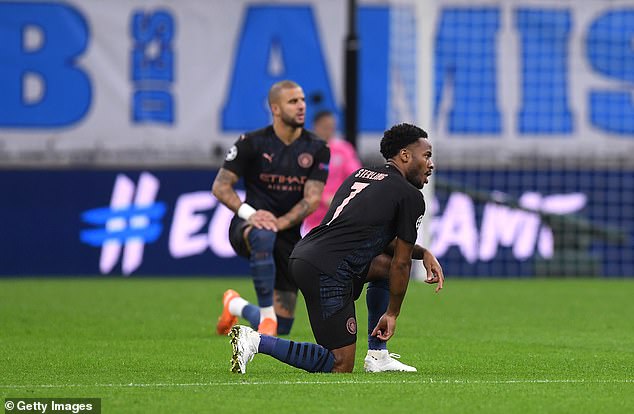 City would go on to cruise to a 3-0 victory in France thanks to goals from Ferran Torres, Ilkay Gundogan and Sterling as Pep Guardiola’s men came out on top in the one-sided contest at the Stade Velodrome .

The win puts City top of Group C after just two games and now Guardiola’s side are already looking strong favourites to claim a place in the knockout stages.

City outclassed their hosts, whose cautious approach and deployment of a five-man defence failed to prevent the visitors taking charge from the outset.

Guardiola said after the game: ‘It is a good result for us, especially for the performance. We didn’t concede much and we created enough chances to win. 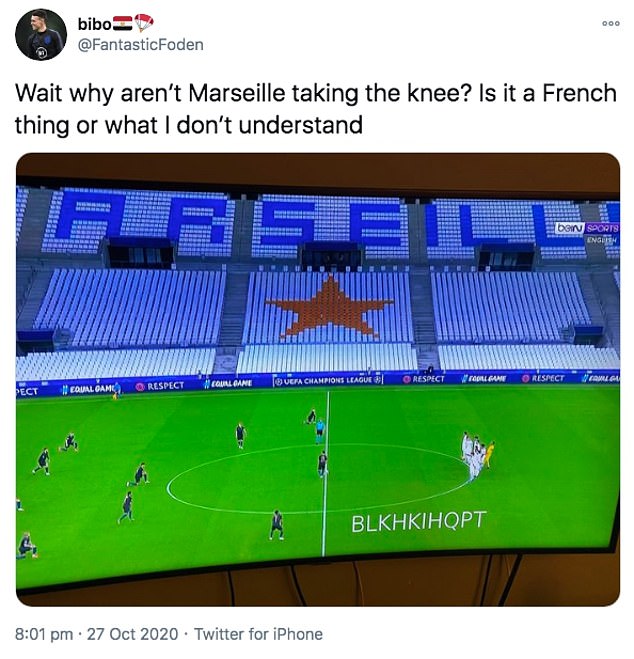 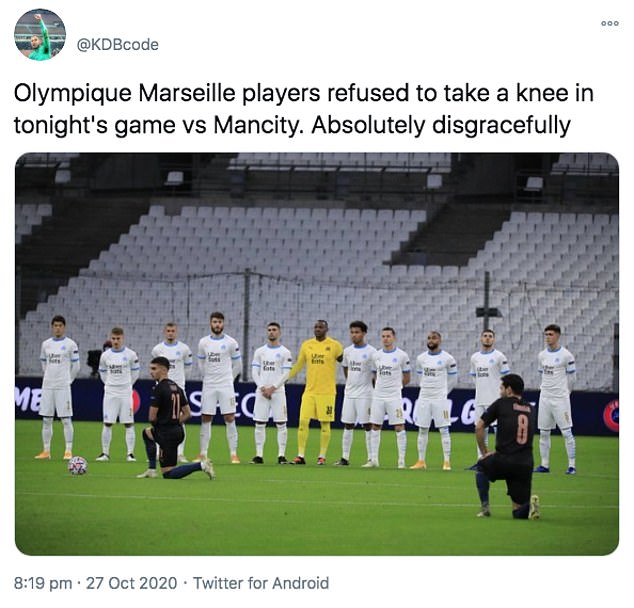 ‘Playing away in the Champions League is always tough. We have many examples last week and this week. They are doing really well, Marseille, in Ligue 1.

‘It was really good, especially the way we played, defensively and offensively, attention to all the details. When a team plays in that way, 3-5-2, so defensive, you can lose your patience and you become impatient to attack, and after that they punish you with the counter-attacks and so on.

‘We were calm in the right moments. Everybody was in his position and that helped a lot to win the game.’ 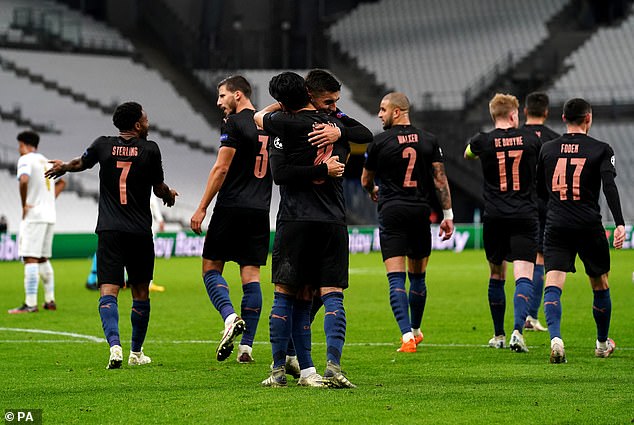 Harry Kane says Tottenham have ‘got enough’ strength in depth to...