‘You can see my butt from the FRONT’: Exotic dancer reveals she has to wear up to FIVE layers to sculpt her saggy, misshapen backside after removing life-threatening silicone injections

An exotic dancer has revealed she has to wear up to five layers of undergarments to sculpt her saggy, misshapen bottom after having life-saving surgery to remove her silicone injections.

In a preview clip from Wednesday night’s episode of the E! reality series Botched, Tomi, 33, admits that she foolishly let a retired nurse give her silicone butt injections in a hotel room because she wanted to earn more tips at work.

‘I started dancing when I was in high school,’ she explains. ‘I would say I was about 23 when I noticed that all of the other dancers, they all had big butts — and they were making a lot more money than me.’ 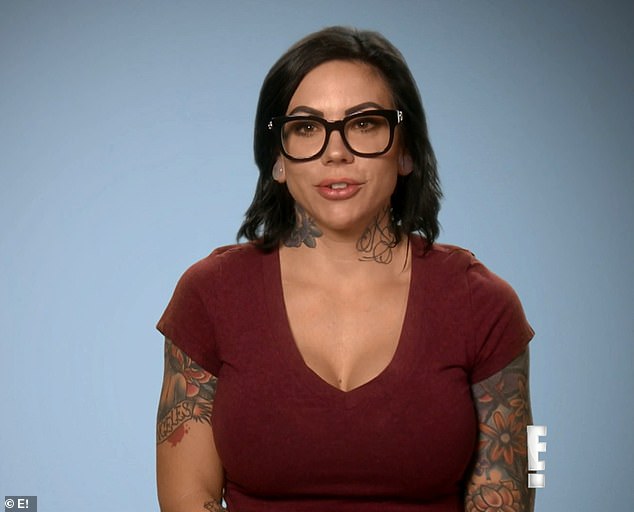 Bad decision: Tomi, 33, was left with a deformed derrière after she foolishly let a retired nurse give her silicone butt injections in a hotel room 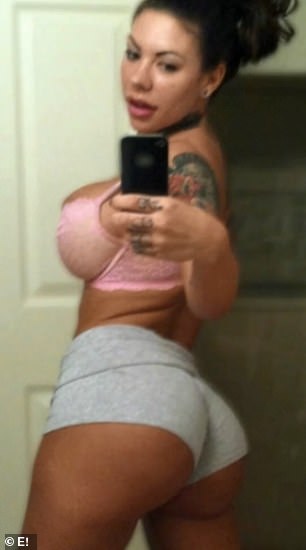 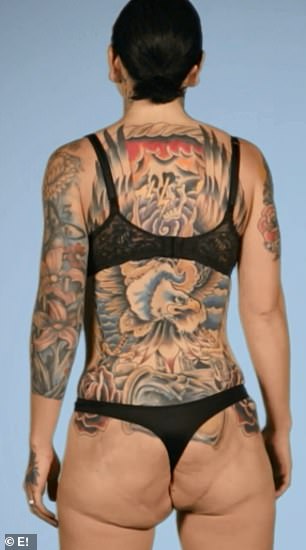 Nightmare: While she was happy with the results at first (L), she eventually needed life-saving surgery to have the injections removed. She was left with a saggy, misshapen backside (R)

Tomi says her girlfriend was getting silicone injections by a retired nurse who would fly in from Florida, and she decided to join in.

‘We met at a nice hotel,’ she recalls. ‘I laid down on the bed, she pulled out a huge needle, and she had red kegger cups that she was filling up with stuff.’

Although Tomi had an inkling that something was off, she didn’t push the issue.

‘I asked her what it was, and she said “silicone,” but I didn’t ask enough questions,’ she says. ‘At that point in my life, I was just living so crazy that I thought I was invincible. 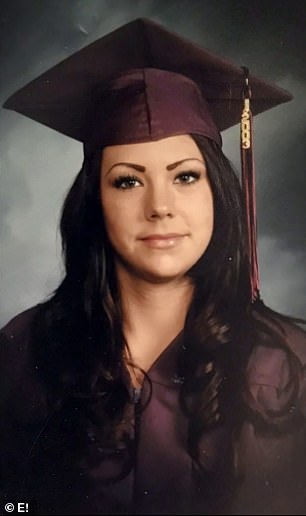 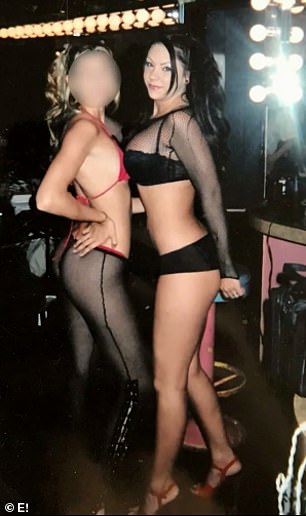 Big mistake: Tomi started working as an exotic dancer in high school (L), and she wanted a bigger butt because noticed her curvier co-workers were earning more tips (R) 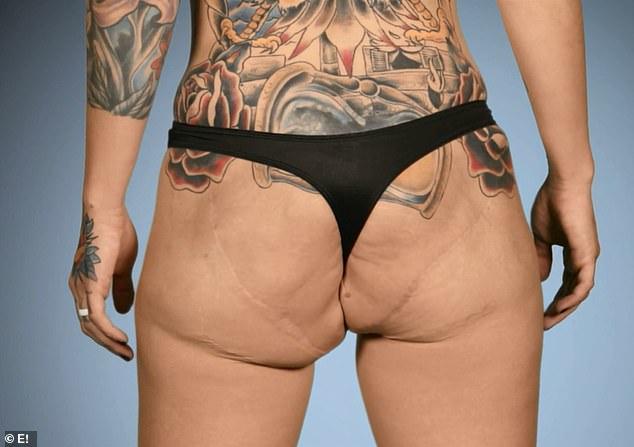 Yikes: Not only did she need to have the injections removed to save her life, but the surgery also left her with unsightly excess skin that can be seen from the front 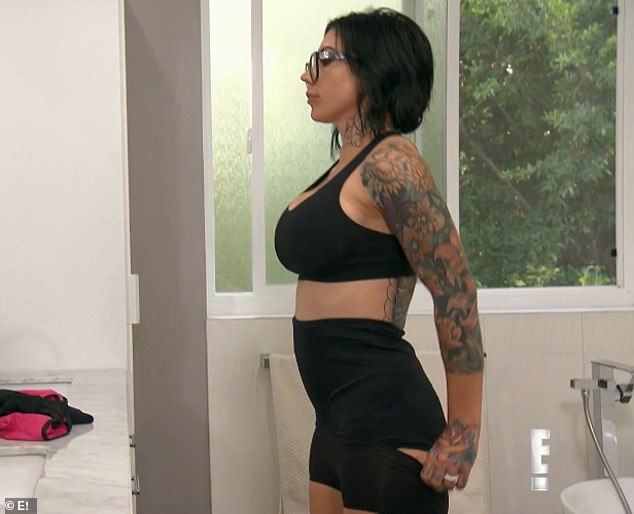 Paying the price: In order to cover the lumps and bumps on her backside, Tomi has to wear multiple undergarments

‘The shots hurt, but I was really happy with what I saw,” Tomi admits. ‘The bigger my butt got, the bigger my tips got.’

While Tomi was a fan of her new money-making curves, they almost ended up killing her.

Not only did she need to have the injections removed to save her life, but the surgery also left her with unsightly excess skin that can be seen from the front.

In order to cover the lumps and bumps on her backside, Tomi has to wear multiple layers. 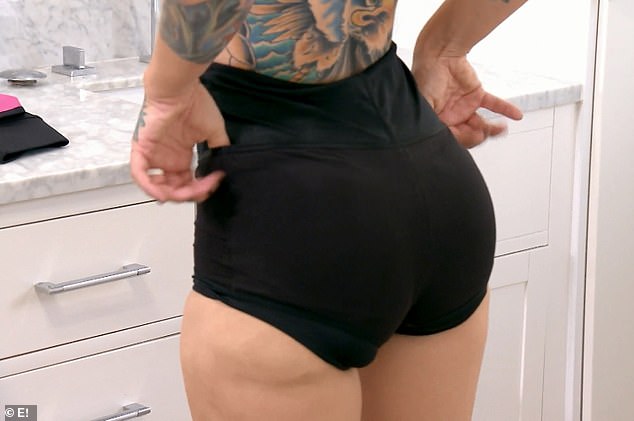 ‘When I work out, I put a girdle that pulls up all the skin from the front, then I put padded panties and that fills up those dents that I have on the side,’ she explains.

‘Over all of that, I put compression shorts so that I tuck in any scars that I have. And then I put my regular shorts over that,’ she adds.

‘That’s like four or five layers that I’m wearing every day.’

Tomi hopes Dr. Terry Dubrow and Dr. Paul Nassif will be able to remove the extra skin and restructure her butt so she no longer has to hide it with compression garments and padded underwear.

Scientists drug combo that may give some hope for lethal childhood...