‘The lunch hour is becoming a thing of the past’: Would you forfeit midday break for a shorter working day?

Grace Gausden For This Is Money

Seven in ten employees working in Britain take less than an hour for lunch, with the typical break lasting just 31 minutes, a new survey shows.

Furthermore, two in five said they would rather have shorter working hours so they could come in to work late or leave early, instead of a lunch break, according to the Glassdoor study.

The results from the job review website have suggested that many employees are looking for more flexibility in their working hours to give them more control of their day. 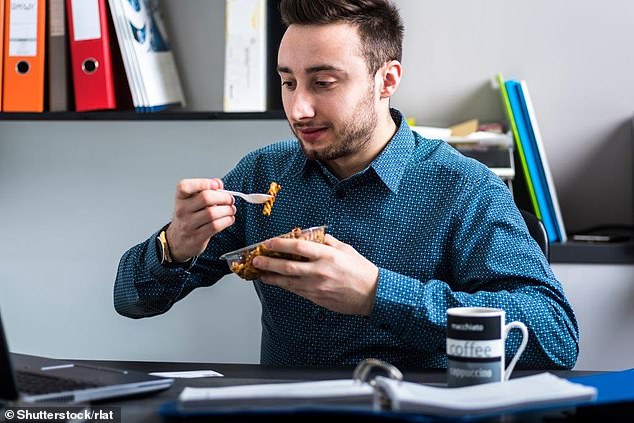 Pressure: More people are eating lunch at their desk when at work in case they fall behind

The survey, conducted by OnePoll for Glassdoor, spoke to 2,000 employed adults across Britain and asked how long they take for lunch, what they do in their break and what they may prefer to do instead.

It found that 35 per cent would rather have the flexibility to take a break whenever they wanted so they could take control of their day, instead of having a set lunch time.

A quarter also said they would rather have a higher rate of pay and fewer breaks.

However, this could be a problem for many workplaces in the UK as there are legal requirements for rest breaks at work.

Workers have the right to, at least, one uninterrupted 20 minute rest break during their working day, if they work more than six hours a day. This may or may not be a paid break.

The survey also discovered that lunch hours are not just for eating food anymore, with 28 per cent of employees saying they spend their break browsing the internet.

Another 23 per cent reveal they sit at their desk to catch up on work while 20 per cent spend their lunch breaks scrolling through social media.

John Lamphiere, EMEA managing director at Glassdoor, said: ‘The lunch hour is becoming a thing of the past and fewer people have the time or the inclination to take a long lunch break anymore.

‘Many employees grab half an hour and they use that time to work, shop, go online, play games, run errands or exercise. Eating lunch is squeezed in there somewhere.’ 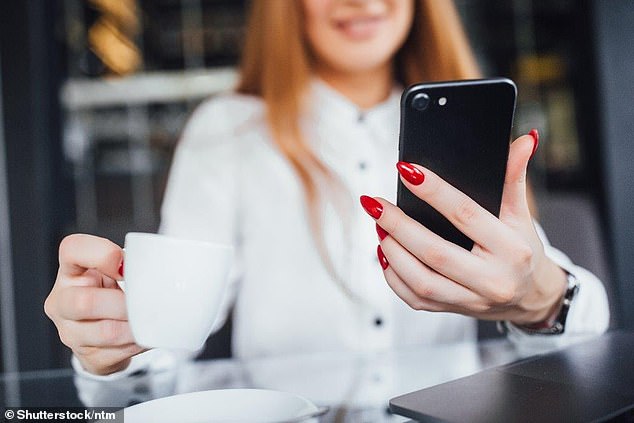 Many employees are spending their lunch break by themselves, looking through social media

It is also a time people use for catching up with odd jobs as 17 per cent say they use their break for general admin or running errands.

Some people choose to enjoy their lunch time alone with 36 per cent of employees admitting they would rather be on their own in their lunch break and get some time away from the office.

However, 27 per cent did say they usually spend lunch with their colleagues.

Do you eat lunch at your desk?

The pressure of keeping up with work is one of the main motivations for not having a full lunch break with one in four people saying they cut their lunch breaks short for fear of falling behind in their work.

A further 18 per cent said they sometimes feel they are obliged to work through their break as everyone else at their work does.

When it comes to employer attitudes to lunch breaks, 31 per cent say their company is flexible and happy for them to take a break when they need to.

However, just 16 per cent of employees said they have total autonomy over how long they can take for lunch and when they take it.

Lamphiere continued: ‘It seems like greater flexibility in working hours or higher pay would be far more preferable to most employees than a traditional hour-long lunch break.

‘Employers can tap into this desire for flexibility by having an adjustable policy when it comes to taking breaks and general working hours.

‘Every employee is different, but if someone wants to work through lunch to leave early on occasion, then managers can generate a lot of goodwill by being open to these types of requests.’