‘It’s something I believe can work out’: Wolves boss Nuno Espirito Santo not concerned by his small squad

Wolves boss Nuno Espirito Santo is unconcerned by the size of his squad, after failing to sign any new players during the transfer window.

Wanderers were linked with several strikers in January. They came close to signing Tammy Abraham from Chelsea, while a move for Rubin Kazan forward Sardar Azmoun fell through. Turning Jonny Castro Otto’s loan into a permanent deal was their only signing last month. 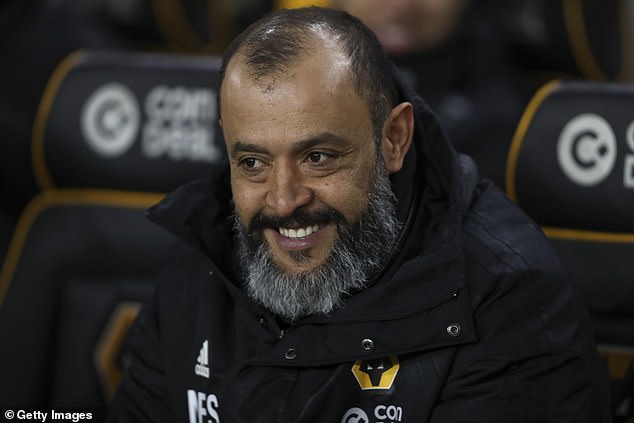 ‘We are glad that those who’ve been with us since the start of the competition are improving and we totally trust them and believe we can go on with them until the end.

‘Since the beginning we have been saying the same thing – only if there is an option that can improve us and make us a better squad we will do so. The January transfer window is very difficult to approach.

‘When you have a small, balanced squad, you can work better. First of all everyone is involved in every squad list, a meeting can be a good training session. It’s something I believe can work out, let’s see.’ 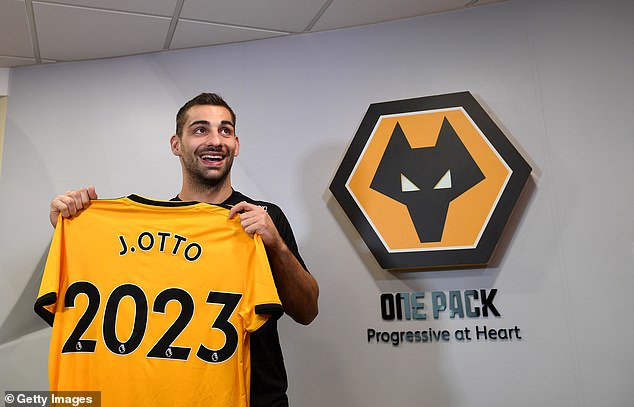 The one piece of business Wolves did do saw Spanish wing-back Jonny join from Atletico Madrid in a £15million deal, and Nuno was delighted that he signed a four-and-a-half year contract.

‘We’re really pleased with Jonny,’ he said. ‘Since the beginning his performance, the way he’s adapted himself here, we are very pleased.

‘He’s a really good option for us and I’ve very glad he’s joined us in a long contract. He’s happy here, he’s with his family, and he’s adapted to the Premier League.’

Wolves’ opponents on Saturday are Everton at Goodison Park, in a clash which sees seventh against eighth in the Premier League table. Wanderers will be hoping to at least preserve their two-point advantage over Marco Silva’s side. 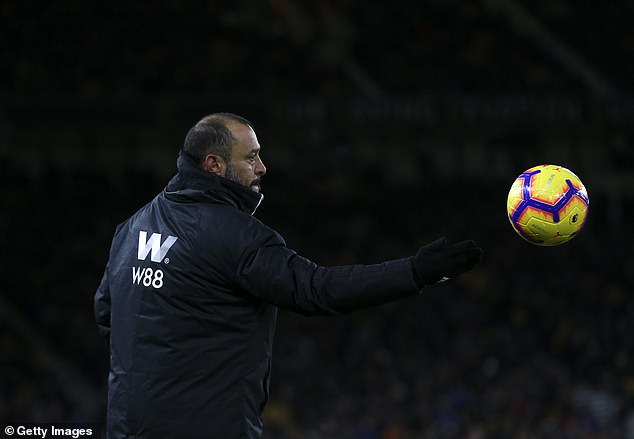 ‘Nothing else matters,’ said Nuno. ‘They are very strong. They have a strong squad, very talented players, a very good manager, a very tough stadium to go to; the atmosphere at Goodison Park is really tough for the opposing team and we expect a very difficult game.’

Willy Boly will be back in contention for the trip to Merseyside. The centre-back is available for selection again after serving a three-match ban and he is likely to be restored to the starting line-up at the expense of Romain Saiss.

2 counterarguments for CNBC’s Brian Kelly who sees a $19K Bitcoin...

Khabib Nurmagomedov drops HUGE hint he will return to the UFC...

Udinese vs Juventus – Serie A: Live score, lineups and updates