M&S is preparing for its products to officially replace Waitrose’s on the Ocado website tomorrow – and it has now been crowned the cheapest out of the two brands, according to Which?.

The British firm has dropped prices to undercut its upmarket rival on thousands of items such as tinned tomatoes and organic cucumbers ahead of its tie-up with Ocado, which cost it £750million.

After comparing the cost of 30 grocery and household items from both firms, Which? found that customers would spend £2.74 less on M&S-branded products than they would for equivalent Waitrose-branded items.

M&S is preparing for its products to officially replace Waitrose’s on the Ocado website tomorrow – and it has now been crowned the cheapest out of the two brands, according to Which?. Pictured: A 550g British medium cheddar cheese costs £4 at Waitrose, while M&S will only charge customers £2.75

Revealed: Ten M&S and Waitrose products compared by Which?

Both the brands are currently available on the online supermarket, with Waitrose items available for delivery until today, and M&S products available from tomorrow.

After comparing the cost of goods such as chopped tomatoes, olive oil and kitchen roll, Which? found the biggest difference in price to be on a block of cheese.

A 550g British medium cheddar cheese costs £4 at Waitrose, while M&S will only charge customers £2.75.

A two-pint bottle of semi-skilled milk also proved to be 4p cheaper at M&S, while a two pack of kitchen roll is 20p less.

However, not all the items are cheaper – a pack of jumbo cod fish fingers is priced at just £3.25 at Waitrose, 75p less than M&S, while an M&S-branded 750ml bottle of toilet-cleaning gel will cost you 15p more than the Waitrose version. 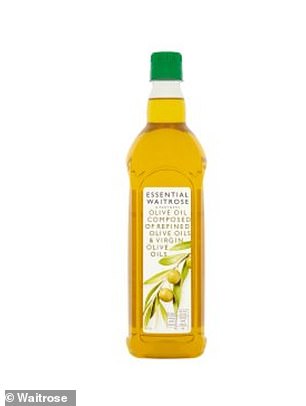 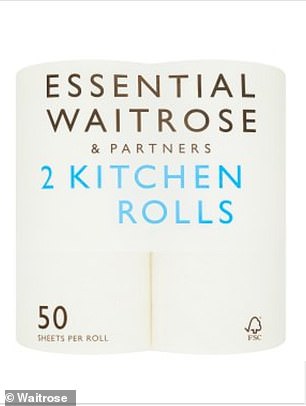 After comparing the cost of goods such as chopped tomatoes, olive oil (pictured left) and kitchen roll (pictured right), Which? found that customers would spend £2.74 less on M&S-branded products than they would for equivalent Waitrose-branded items 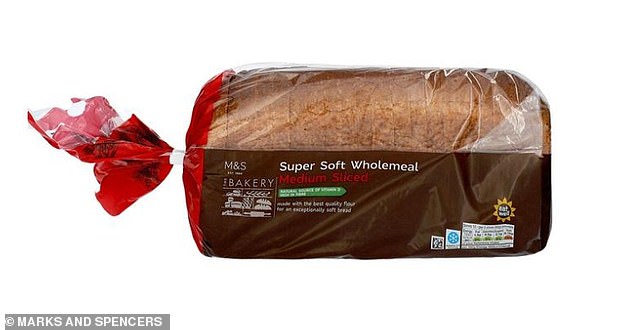 Both the brands are currently available on the online supermarket, with Waitrose items available for delivery until today, and M&S products available from tomorrow. Pictured: Wholemeal bread costs 60p at Waitrose and 65p at M&S

Revealed: The Waitrose-branded items cheaper than the M&S versions

When the deal between M&S and Ocado was announced in February last year, there were questions about how suitable it would be for family weekly shops.

M&S is set to pay Ocado £750million for a 50 per cent share of the new venture, when the online supermarket’s 20-year deal to supply Waitrose products expires.

As part of its tie-up with Ocado, it will put 6,000 of its products online, including replacements for the 4,000 Waitrose products which are available through the online supermarket. 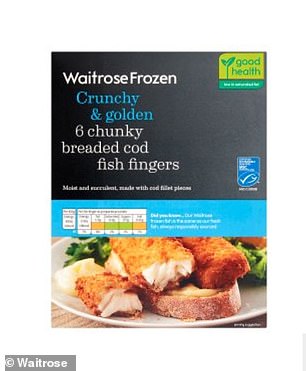 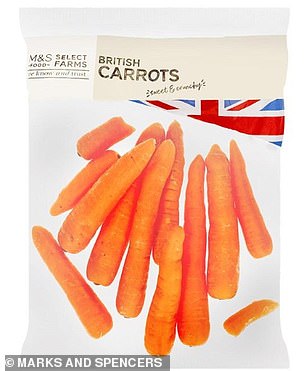 A pack of jumbo cod fish fingers (pictured left) is priced at just £3.25 at Waitrose, 75p less than M&S, while carrots (pictured right) cost 59p at Waitrose and 65p at M&S

Marks and Spencer has beefed up its booze range ahead of its official launch on Ocado – and looks set to cash in on the pink fizz trend.

The British retailer is taking over the online supermarket when it parts ways with Waitrose on September 1.

And M&S is already stocking seven times more wines, beers and spirits than its rival and is clearly hoping to capitalise on the growing popularity of rose and sparkling wine.

According to new data from Edge by Ascential’s e-commerce analytics SaaS platform, Digital Shelf, M&S is gearing up to sell a much wider and bigger range of alcohol products than what Waitrose currently offers.

As of August 25, Waitrose sells no rose wine or sparkling rose on Ocado, while M&S is listing 26 and 10 respectively.

The trend continues with spirits and beers, lagers, ales and ciders, with M&S listing 36 varieties of both the former and the latter, compared with Waitrose’s seven and eight.

M&S has also developed 750 new products, including larger pack sizes, to enable family shoppers to get the same range of products from Ocado as before.

In order to stave off a potential exodus, M&S set up an ‘Ocado readiness’ team and its food development team carried out 42 reviews of its ranges to ensure that it could offer a direct match to Waitrose’s products in terms of their flavour, ingredients, price and size – including a near identical vegetarian pizza and dark Seville marmalade.

The product development team said that most of its work has been in replicating the larger packets Waitrose offered to cater to weekly shoppers.

In response, M&S now sells large blocks of cheddar and 450g bags of green beans in additional to the 100g bags of microwavable vegetables it typically sells in stores to appeal to solo dinners looking for a quick evening meal.

The product matching had even gone as far as replicating a mushroom, feta and spinach pizza after Ocado’s customer data showed it was the best selling Waitrose product and that customers would not be satisfied with the M&S chargrilled vegetables alternative. 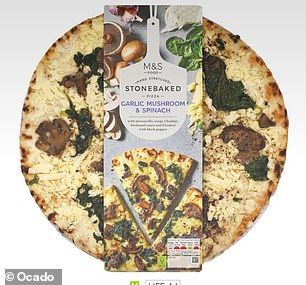 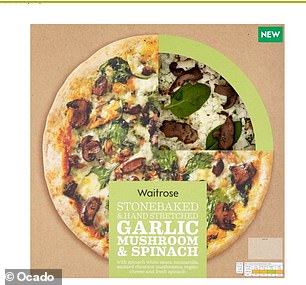 M&S launched its product range on Ocado ahead of the launch of its new delivery service, with several items near-identical to rival Waitrose including the garlic, mushroom and spinach pizza (pictured left, M&S and right, the Waitrose version) 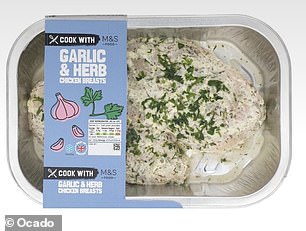 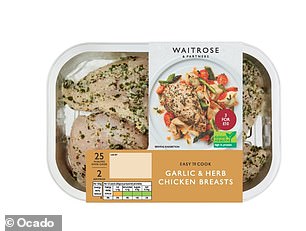 Other items listed on the site which are almost identical include a jar of dark Seville marmalade and a pack of 300g organic beef meatballs.

The business has also added 150 organic products and ramped up its vegan ranges.

At the same time both firms are ramping up advertising to win over customers who have yet to decide.

An advertising campaign from Waitrose in newspapers and on social media points to its home-grown products which ‘will only be available in our stores and at waitrose.com’.

M&S is also preparing a campaign focusing on value for money and the quality of its offer.

The company has never had a delivery service before but launched a Deliveroo option to help families in lockdown amid the coronavirus pandemic.

Navigate the regular saver maze: Drip-feeding can help you to quickly...