In a cafe in west London, Joe Marler and Kyle Sinckler are looking into their tea leaves.

What does the future hold? Who will win the Six Nations? And will Billy Vunipola be carried out of any more Dublin nightclubs?

The two props used to be England’s fiery double act, but now Marler has stepped away from international rugby and will watch the Six Nations as a fan.

Nik Simon listened in as the pair talk Eddie Jones, scrums, sledging, Andy Murray and the road to the World Cup. 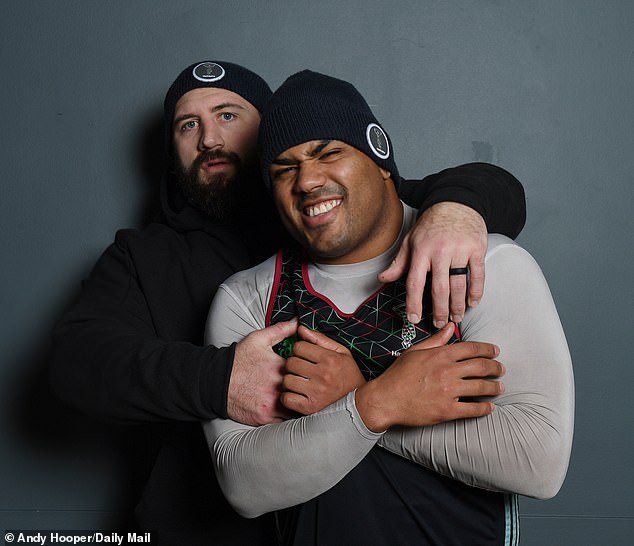 Joe Marler: Young Bull, do you know what’s coming up on February 2?

KS: Erm…. The Republic of Ireland?

JM: Come on, mate. Ireland-England. It should be a belter. I can’t remember the last time England went into a Six Nations as true underdogs — and that could work in their favour.

It’s two years since we went there to win the Grand Slam and lost. The same night that Billy Vunipola led the charge at the party and got carried out the nightclub with a tablecloth wrapped around his waist like he was back in Tonga. Billy Beamin’! That day was the start of Ireland’s resurgence but, with a lot of guys coming back from injury, England are in a good place. 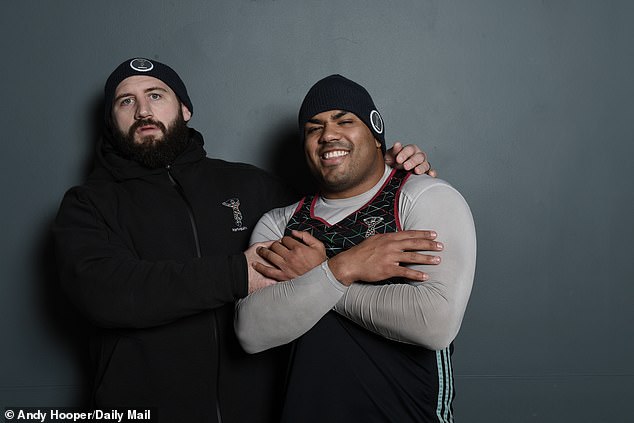 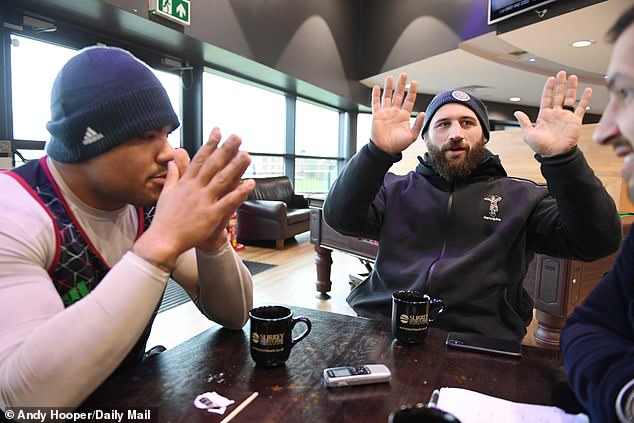 KS: It’s the start of a new international season so what happened last year or the year before doesn’t matter. We’re English. We want to win and we take pride in what we do. We’re going out there to win the whole thing.

Why would we go out there to be second best? The end goal is to win but you’ve got to break it down into 20-minute sections.

JM: It’s a big year for you. The World Cup’s not far away and Eddie Jones will want to start getting his winning combinations together. I expect yourself, Mako Vunipola and Jamie George to start in Dublin and probably start four out of the five Tests. Have you written down any targets for 2019?

KS: Yeah, I’ve got a little note in the bathroom. It sounds a bit cliched but every day I just try to maximise things. If I’m honest, I probably wasted two or three years swanning about, thinking I was better than I was and being a bit of a drama queen.

We used to have a lot of tiffs — ‘This is bulls***’, ‘This isn’t good enough’, ‘Give me the ball’, ‘Blah blah blah’ — but they’re not a weekly occurrence any more. Now I just want to knuckle down.

JM: You had to learn that it’s a team sport. You’re not the next Andy Murray.

KS: My hips feel all right!

JM: Not sure about your backhand volley, though. Let’s talk about what we know best: scrums. They smell like undercarriage, they crush your spine… why do we do it? Are we all a bit tapped [mad]?

KS: Name a prop in the squad who isn’t tapped! A good, dominant scrum is the best feeling in the world. On the flip side, I can’t think of anything worse than getting your head shoved up your a***.

It’s embarrassing in front of however many thousands of people on live TV. I love the eight-man buy-in with your mates. It’s the second rows pushing, the eight initiating the hit, the hooker keeping his height down, the angles. The thing I enjoy most is the eight-man buy-in. I love it. 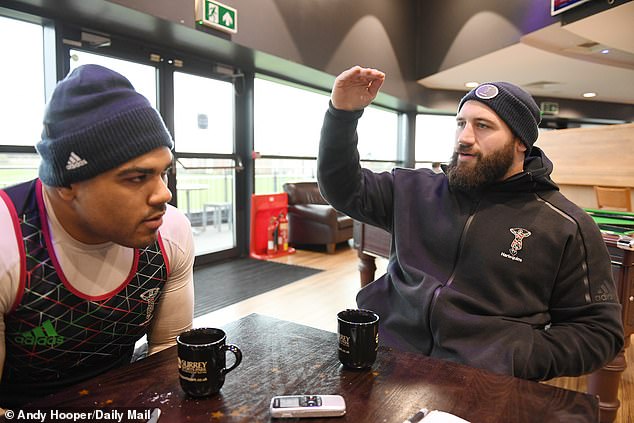 JM: The Irish scrum is incredibly efficient. Their biggest weapon is their strike, when the ball is put in by the scrum-half.

The relationship between Conor Murray and Rory Best’s foot is spot on. The ball’s in and out so quickly. They’re pretty good but you boys started setting the standard in the autumn?

KS: They’re one of the best scrums. You’ve got to paint good pictures, especially when you’re a young prop with not as many caps as your opposite man. You’ve got to be whiter than white and your technique’s got to be down to a tee.

JM: Have you got your sledges ready? You calling the Aussies ‘snitches’ during the autumn was one of my favourites.

KS: I don’t talk too much any more. The referees are onto it. They come at you hard. You don’t want to be giving it the big ’un then get destroyed at the next scrum. You have to pick your moments. 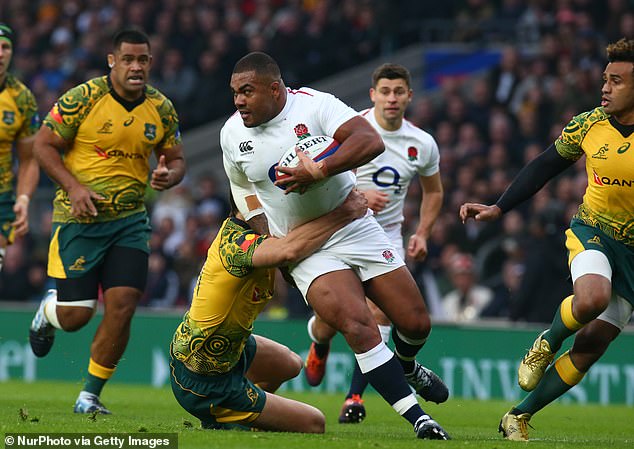 You know there are certain guys you can get to and others who it will rev up. I know I’d never enter into a sledging match with you, Joe.

JM: You started to look like you belong in an England shirt during the autumn. We’ve had a few ‘off-the-record’ chats. Some screaming matches and some a little bit more civil. You’ve mixed up your game… it’s not just ‘I’m coming for you’. Are you starting to feel more assured on the Test stage?

KS: You still want to go out and bang someone but it’s not all about that. We get s*** for whooping and hollering but that stuff gets our energy up. I feel like I gave a good account of myself during the autumn but you can never say ‘that shirt’s mine’.

When I was a bit younger, I probably thought I was better than I was. It’s embarrassing when I look back. I’d only been playing half a season, then I got picked for an England squad to go to New Zealand. I let myself think ‘Hang on, this s***’s easy’.

Now I’m always trying to get better. Recovery, nutrition, gym, everything. I was 120kg. Body fat through the roof. I needed a kick up the a***. 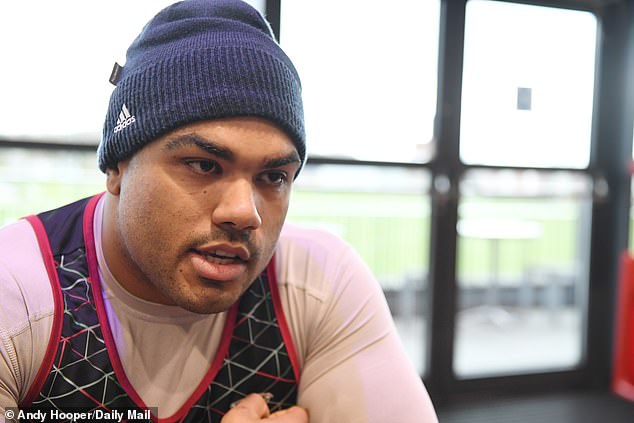 JM: Nothing wrong with being 120kgs, mate! The game’s getting harder, isn’t it? Before you’d have four or five freaks of nature in your squad but now everyone’s strong.

A lot of people have been asking whether training is too hard. How does your body feel at the end of a campaign?

KS: F***ed. You’re knackered emotionally and physically but if you don’t like it, don’t come. It’s easy to point the finger and say training’s too hard but as a player you’ve got to take responsibility to make sure you’re recovering.

It’s easy to just say training’s too hard. For me it’s more the mental side of it. The pressure of representing your country. It’s not easy but that’s the life we choose.

JM: If you win a Grand Slam, you come home and you’re looking for that buzz. If you finish fifth and you’ve been flogged, then your confidence is shot, physically you’re battered and you’ve got to crack on with things back at the club. The World Cup is a big carrot, though?

KS: It’s on the horizon but I don’t look too far ahead. Because I did all right in the autumn, there were more people getting at me.

You have to start working harder. I’m not thinking I’m playing against Ireland until the team’s announced. I’d be lying if I said I wouldn’t love to be involved.

AHEAD OF THE GAME: FA top brass could be hit with temporary pay cuts

Airports ‘will fail in weeks’ without cash injection for baggage firms,...

Airports ‘will fail in weeks’ without cash injection for baggage firms,...

Gareth Southgate lifts lid on why England made Raheem Sterling and...