‘It’s possible, nothing is impossible’: Watford’s Isaac Success dreaming of FA Cup glory after much-changed side prevail at Newcastle

Isaac Success is allowing himself to dream of FA Cup glory at a time when the famous competition’s magic appears to be wearing off on some.

The striker cemented Watford’s place in the fifth-round draw with the second goal in a 2-0 fourth-round win at Newcastle in a game which said much about the cup’s current standing in the cash-rich Premier League era.

Hornets boss Javi Gracia made 11 changes and opposite number Rafael Benitez seven for a tie which was played out in front of a crowd of just 34,604 at St James’ Park, very nearly 18,000 short of capacity at the usually packed stadium, with both looking ahead to important midweek league fixtures. 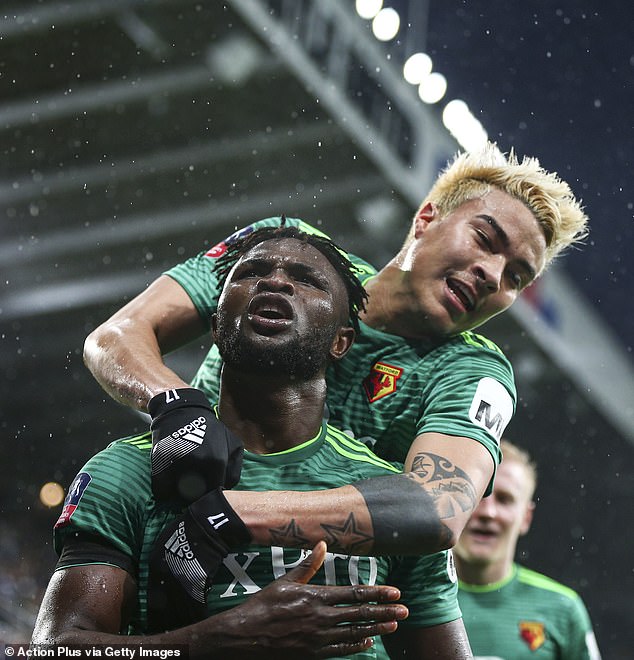 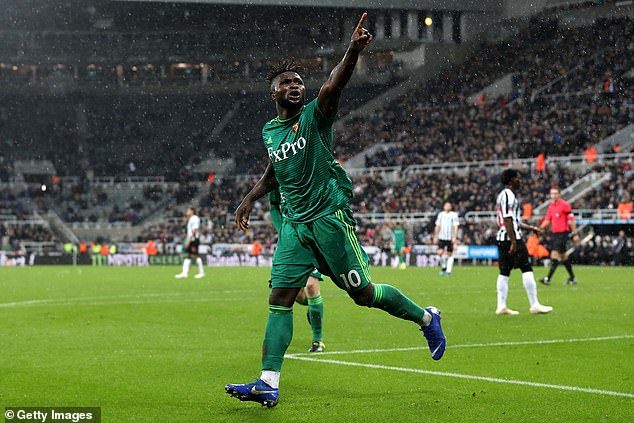 However, Success was refreshingly enthusiastic when asked if Watford could go all the way.

He told the club’s official website, www.watfordfc.com: ‘It’s possible, nothing is impossible. We just have to keep going, working hard like this and approach each game as it comes game by game.’

Gracia’s entirely new team made a better fist of it than their hosts, who were dreadful throughout, although it was all relative and apart from a few flashes of brilliance from midfielder Will Hughes, there was little to excite the crowd.

It was Hughes’ astute 62nd-minute pass which allowed Andre Gray to open the scoring, and he was involved again at the death in the move from which Success wrapped up the win.

He said: ‘It was a good game for us, 11 changes – it’s not an easy decision for the coach, but he has so much confidence in the players and we’re happy about that.

‘We are working hard and we’re happy to proceed to the next round.’ 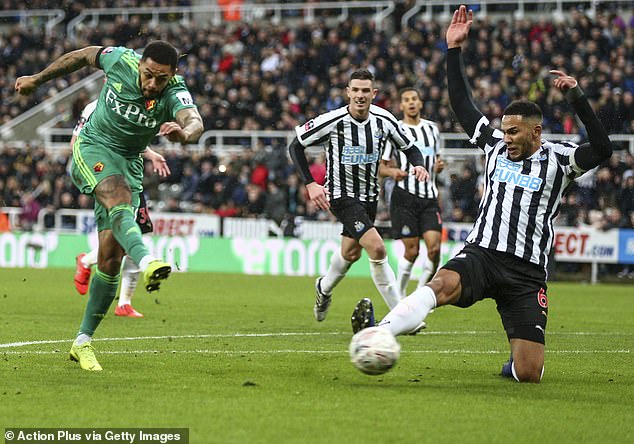 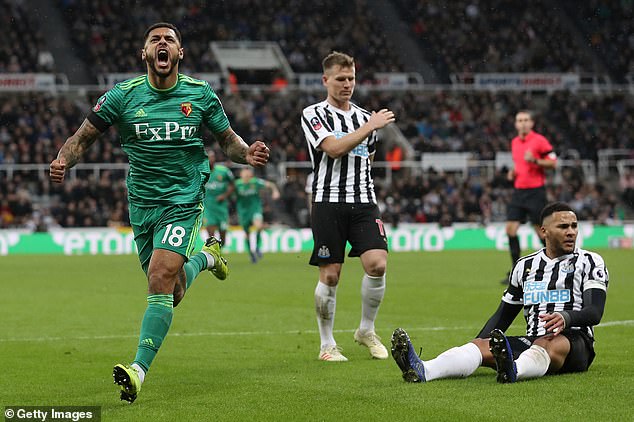 If there was satisfaction with a job well done as the visitors headed back to Hertfordshire, the gloom which has engulfed Tyneside in recent weeks turned a shade darker.

A fan-base at war with owner Mike Ashley has not seen the club progress past the fourth round since the year before he bought the club in 2007 and the visit of a much-changed Watford side seemed the perfect opportunity for the six-times winners to address that failing.

Instead, Benitez made a point with his team selection – the point being that his squad is not big enough or strong enough to compete for anything other than Premier League survival – as his mounting frustration at the club’s less than effective recruitment strategy reached new heights. 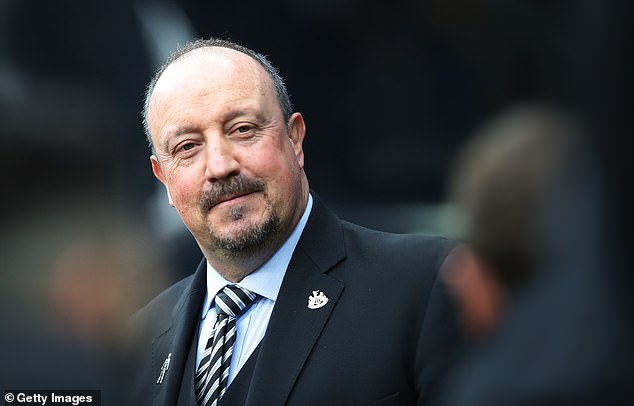 In the event, supporters who turned up hoping for a little light relief left wondering what might have been as the Spaniard kept his powder dry for Tuesday night’s league clash with champions Manchester City, a game in which he knows they could turn in their best performance of the season and still lose comfortably.

However, Benitez was unrepentant.

He said: ‘The fans, they know, so it’s not that I have to explain every time the situation. We put a team on the pitch that could win, we didn’t do it and that proved that we have to just concentrate on one competition.’

Ole Gunnar Solskjaer rushes off to France 20 minutes after Manchester...