SpaceX’s Crew Dragon capsule has cleared another major safety hurdle that will send it one step closer to its first human-passengered flight.

In a video posted to SpaceX’s Twitter account this weekend, the company’s Crew Dragon capsule – which is designed to shuttle astronauts to the International Space Station – can be seen successfully completing a crucial test of its parachute.

In the test, the capsule was dropped from a plane and landed safely using only three of its four parachutes. 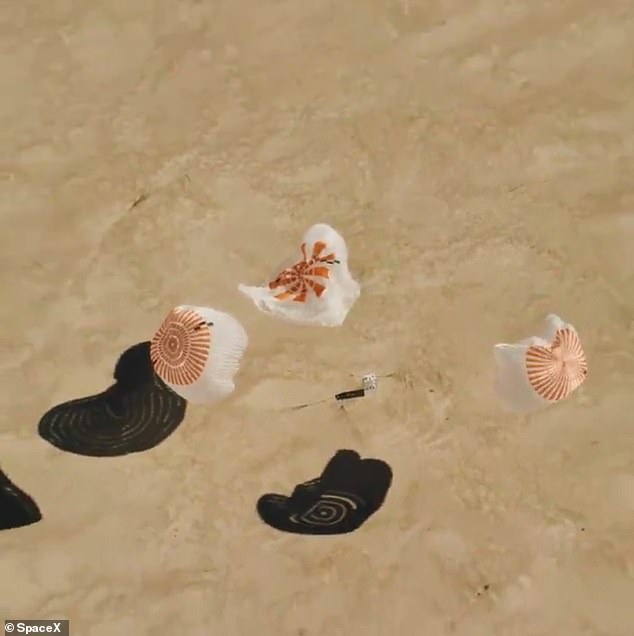 With three of its four parachutes in commission, the capsule was still able to safely land onto the ground after being dropped from a planet

The drop was meant to simulate Crew Dragon’s ability to navigate Crew Dragon to Earth in the event that one of its four main parachutes failed to work.

According to SpaceX, the test went off without a hitch 13 consecutive times.

For SpaceX the test marks a significant step after an explosion during tests of Crew Dragon in April that engulfed the empty capsule in fire and smoke.

The incident was set off by a leaking component and completely destroyed the capsule – a glitch that has contributed to SpaceX’s delayed timeline for Crew Dragon, which it’s developing for NASA.

Those delays recently caught the ire of NASA Administrator, Jim Bridenstine who held a joint conference with SpaceX CEO Elon Musk after maligning the company on Twitter.

‘I have been focused on returning to realism when it comes to costs and schedules,’ said the NASA Administrator.

‘So I was signaling – and I haven’t done it just to SpaceX but to all of our contractors – that we need more realism built into the development timelines.’ 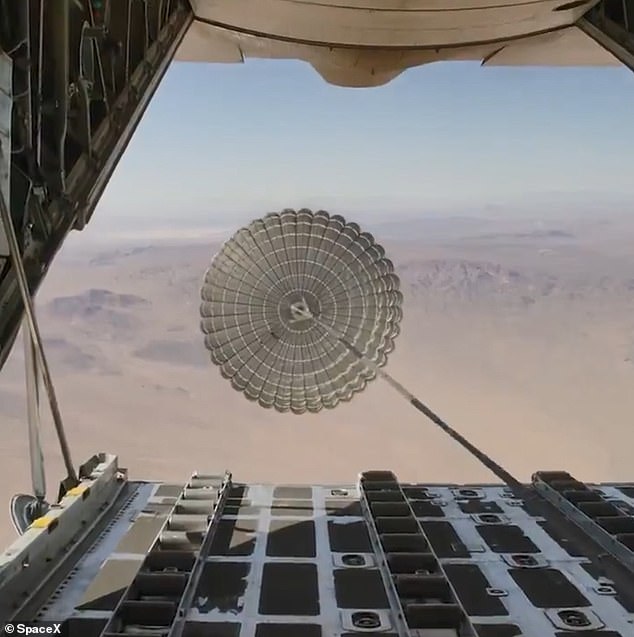 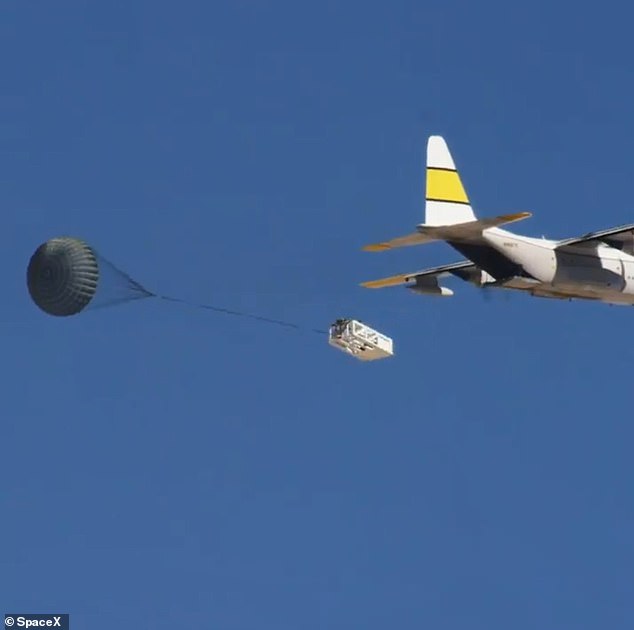 Despite the setbacks, Musk says Crew Dragon could be cleared to transport its first passengers into space as soon as December.

In a tweet this month, Musk said that the both the Crew Dragon capsule and the Falcon 9 rocket designed to propel it into space are on pace to finish testing in the next 10 weeks.

‘For what it’s worth, the SpaceX schedule, which I’ve just reviewed in depth, shows Falcon & Dragon at the Cape & all testing done in ~10 weeks,’ wrote Musk in a tweet.

The last hurtle before being approved for human flight will be a critical launch trial in which the Crew Dragon’s In-Flight Abort functions are tested.

During this test, the craft is launched into high-altitude and is tasked with aborting the capsule during high-velocity, which is the most stressful point of the launch.

WHAT IS SPACEX’ CREW DRAGON CAPSULE?

The March 2 test, the first launch of U.S. astronauts from U.S. soil in eight years, will inform the system design and operations (Artist’s impression)

The capsule measures about 20 feet tall by 12 feet in diameter, and will carry up to 7 astronauts at a time.

The Crew Dragon features an advanced emergency escape system (which was tested earlier this year) to swiftly carry astronauts to safety if something were to go wrong, experiencing about the same G-forces as a ride at Disneyland.

It also has an Environmental Control and Life Support System (ECLSS) that provides a comfortable and safe environment for crew members.

Crew Dragon’s displays will provide real-time information on the state of the spacecraft’s capabilities, showing everything from Dragon’s position in space, to possible destinations, to the environment on board.

Those CRS-2 Dragon missions will use ‘propulsive’ landings, where the capsule lands on a landing pad using its SuperDraco thrusters rather than splashing down in the ocean.

That will allow NASA faster access to the cargo returned by those spacecraft, and also build up experience for propulsive landings of crewed Dragon spacecraft.