By Victoria Bischoff for the Daily Mail

This week I’d like to raise a large glass of bubbly to scam-fighting superstar, Donald Wilby.

It is solely down to this taxi driver’s quick-thinking that an 87-year-old woman was spared the heartbreak of losing her life savings to crooks.

The saga began last week when a man with a foreign accent called a taxi firm in North Somerset to book a car for ‘his mother’.

The man asked for someone to pick her up from her home in Nailsea and take her to the NatWest in Clevedon, Somerset.

Her appointed driver, Donald, struck up a conversation, and it came out that she’d had a call out of the blue claiming her account had been accessed by crooks.

She had been told she needed to go to the bank to draw out all her money so it would be safe.

Immediately, Donald, a driver for Nailsea Backwell Taxis, knew something was wrong.

As fate would have it, he had picked up another woman in the same situation 18 months before and knew it had been a scam. Donald explained this to the lady but she remained convinced the call had been genuine.

So he decided to go into the bank when they arrived and alert staff, who quickly froze her account and called the police.

It then became clear the woman was a victim of so-called ‘courier fraud’ — where a caller claims to be from the police or bank and encourages them to withdraw large sums of cash.

Typically they say there is a problem with the victim’s account or it has been targeted by fraudsters. Had the woman withdrawn her savings, the crooks would then have sent a taxi or courier to collect the cash, which she’d never have seen again.

Detective Sergeant Marc Milliner, of the Avon and Somerset Police’s Complex Crime Unit, praised Donald for his quick-thinking and urged other taxi companies to take note.

He says: ‘We hope other taxi drivers and those providing a courier collection service will take this on board and alert us if they are asked to take elderly and vulnerable people to withdraw cash from their banks or are asked to collect packages from people on behalf of police officers or a bank official.’

But even if you aren’t a taxi driver, you can still do your bit by keeping an eye on vulnerable neighbours and relatives.

In the meantime, Money Mail will keep you up-to-date with the latest scams in this section each week.

As we report, flight comparison sites such as Skyscanner used to be a brilliant bargain-hunting tool.

You just popped in when and where you wanted to go and a list of the fares would appear in price order.

But trying to book flights to the U.S. last month nearly sent me into a tailspin.

At first I was excited by how cheap the fares seemed. 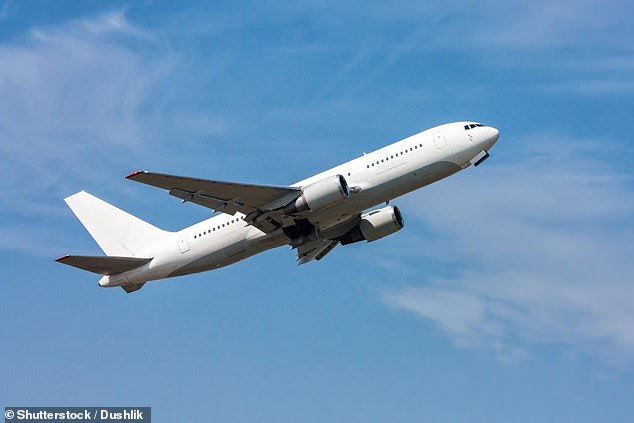 Flight comparison sites such as Skyscanner used to be a brilliant bargain-hunting tool, but be sure to read the fine print

But dreams of upgrading to Premium Economy quickly faded when I realised I hadn’t heard of half the travel firms advertising these cheap deals.

Uneasy, I looked at booking direct with airlines where I found flights cost hundreds of pounds more. Then came the hidden fees.

Foolishly, I had assumed that as I was travelling long-haul, flagship carriers such as Virgin Atlantic and British Airways would include hold luggage in their advertised price.

But checking in a bag for two people cost as much as £200 extra.

While we’re on poor behaviour, what’s that, you say, dear credit card provider? You want to raise my credit limit by £2,000 even though I didn’t ask for it?

This is exactly the type of worrying behaviour fuelling Britain’s debt crisis.

Bumping up borrowers’ credit limits just increases the temptation for customers to spend more than they need.

And while I was at least informed that I can opt out of future limit increases — surely this should be the default approach unless I contact them?

Given we are barely a decade on from the financial crisis, lenders should know better.

Savills warns its outlook for the year will be overshadowed by...

MARKET REPORT: Synairgen soars as US agrees to step up drug...