The US has requested the extradition of British tech entrepreneur Mike Lynch on fraud charges that could see him jailed for up to 20 years.

Lynch, once dubbed Britain’s answer to Bill Gates, has been accused of inflating the value of his Cambridge-based software company, Autonomy, and making misleading statements about its performance before it was sold to Hewlett Packard (HP) for £8.5 billion in 2011.

Extradition fight: Mike Lynch has been accused of inflating the value of his software company Autonomy

Within months, HP wrote down its value by £6.8 billion.

The Cambridge graduate, 54, who denies the charges, founded Autonomy in 1996 and grew it into a FTSE 100-listed software developer.

A court filing by the US embassy in London requested that Lynch stand trial on 17 counts of wire and securities conspiracy. If found guilty, he could face up to 20 years in prison. 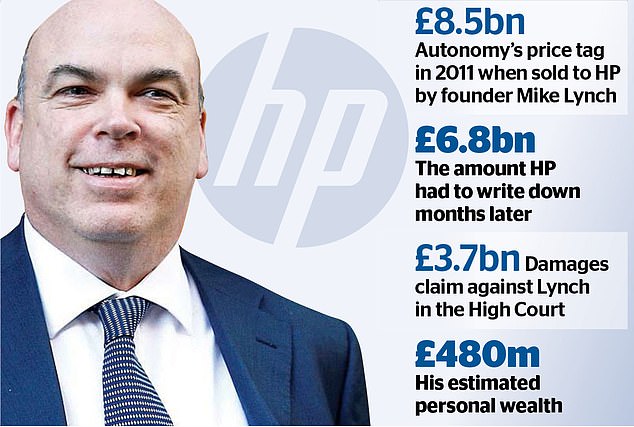 An extradition request has to go through several stages, but can be completed within weeks if necessary.

In separate legal action, Lynch is currently in a High Court battle with HP Enterprise, a company formed when it split from HP in 2015, which has launched a £3.7 billion damages claim against him over the Autonomy deal.

Coronavirus UK: A fifth of UK firms could shut within four weeks

Insurers Aviva and Legal & General reap the rewards – as...