Twitter is trialling a ‘dumbed down’ version of its app: Reply bubbles and colour coding will be introduced for select users (but will it be enough to stop the drop in monthly visitors?)

By Yuan Ren For Mailonline

Twitter has come up with a host of potential new features for its app and wants to know if they’re any good.

The company is therefore asking users to ‘apply’ to a testing programme to try them out.

The social media platform is launching a prototype app for successful applicants, who will feedback the user experience to the firm.

It is the latest initiative in chief executive Jack Dorsey’s plan to improve public conversation on the site and make it more accessible to new users.

Twitter is inviting users to apply for a new testing programme to improve user experiences on the site. The social media platform will launch a new prototype app for select users with potential new features and feedback to the firm. The new programme will include a new design for replies to tweets, such as a rounded, bubble-like look (pictured) to replies that make them appear similar to text messages on smartphones

Other features include a colour-coding system on replies to differentiate between responses from the user’s followers and those from non followers. There will also be indentations in tweets to better organise them as they appear on the screen. Twitter has struggled to grow its user base in the same way as Facebook, with executives admitting the site can be ‘too confusing’ to understand when encountered by new users. The latest move is an attempt to make the app simpler for first time users and retain active users for longer than just a few days

The new programme will include trial features such as a new design for replies to tweets, including a new rounded, bubble-like look to replies that make them appear more similar in to text messages on smartphones.

Other features to be tested include a colour-coding system on replies to show responses from followers and those who do not follow you.

There will also be indentations in tweets to better organise them as they appear.

Social media sites such as Twitter have come under increased scrutiny in recent years over their handling of abusive and harmful content that appears on their platforms. 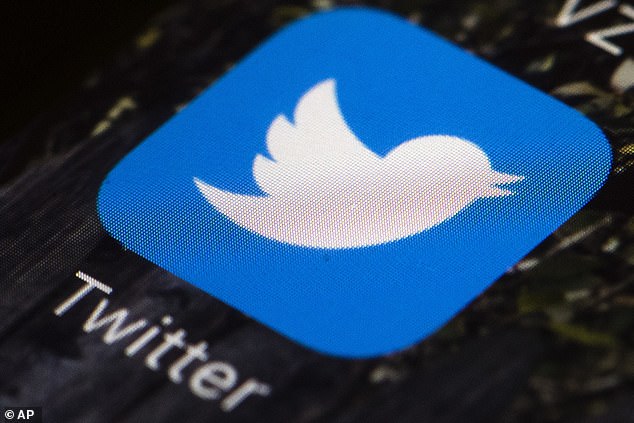 Social media sites such as Twitter have come under increased scrutiny in recent years over their handling of abusive and harmful content that appears on their platforms.

Twitter has also struggled to grow its user base in the same way as Facebook, with executives admitting the site can be ‘too confusing’ to understand when encountered by new users.

While its daily users are increasing, Twitter’s monthly users are dropping, which  means that its users are not active for long enough to count towards the monthly active user statistic (MAU).

This could mean that users who sign up for the app do not continue to use it as well as the fact that bot and fake accounts are being spotted and removed within days rather than months.

Invites to the new testing app will be sent out to successful applicants in the next few weeks, Twitter said.

Twitter says it does not tolerate behaviour that harasses, intimidates, or uses fear to silence other social network users.

According to the company, it will remove any tweets that do the following —

Twitter users can target individuals or specific groups in a number of manners, for example using the @ mention feature, or tagging a photo.

According to the company, the first thing it does whenever an account or tweet is flagged as inappropriate is check the context.

‘While we accept reports of violations from anyone, sometimes we also need to hear directly from the target to ensure that we have proper context.’

However, it could help Twitter prioritise the order in which it looks through flagged tweets and accounts.

The consequences for violating our rules will vary depending on the severity of the violation and the person’s previous record of violations, Twitter says.

The penalties range from requesting a user voluntarily remove an offending tweet, to suspending an entire account.

How do you like your eggs in the morning? Incredible images...