Fans of the huge host of stars that make up the movie’s cast; James Corden, Judi Dench, Jason Derulo, Idris Elba, Jennifer Hudson, Ian McKellen, Taylor Swift, and Rebel Wilson to name but a few, were expecting an exciting appetiser for a gorgeously creative musical extravaganza.

However, many social media users found themselves met with what one Twitter user described as “all kinds of horrendous”.

We’ve collected some of the more hilariously shocked reactions for your Friday afternoon amusement.

AHHH: A friendly reminder to mark yourself as safe from the ‘nightmare-worthy’ trailer (Pic: Twitter) 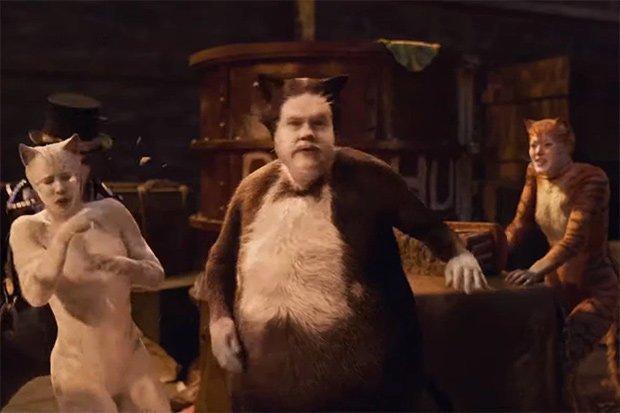 HORRIFIED: It’ll take a while to erase this ‘Memory’ (Pic: Twitter)

After watching 2 minutes and 20 seconds of the famous cast in furry unitards, many people found themselves having to take to the internet, and use humour as a coping mechanism to calm themselves down.

TRAUMATISED: A whole generation of musical fans will never be the same again (Pic: Twitter)

Many cat owners have been sharing pictures and videos of their real life pets’ reactions to the trailer with highly entertaining results.

PARALYSED: “I just sat there and let the Cats trailer happen to me…” (Pic: Twitter)

NO COMPETITION: People are terrified of James Corden in his furry tuxedo unitard (Pic: Twitter)

“Is our reaction to Cats gonna be the thing that unites us in these broken days?”

The people of the internet aren’t entirely convinced.

GREAT EXPECTATIONS: “Thought the Cats trailer was a fever dream I had, but nope. It’s real (Pic: Twitter)

UNCALLED FOR: “My question is why? No one asked for this” wrote one fan of the musical (Pic: Twitter)

As one of the West End’s longest-running musicals, accumulating 8949 performances in its 21-year run, which ended in 2002, the show has enough fans to warrant two West End revivals.

Cats fans were expecting a film that’s as compelling as the stage show.

The film will be released in December and despire the deeply traumatic trailer many fans are still looking forward to see the film’s all-star cast as the furry feline street gang of cats known as ‘the Jellicles’.

Aliens could be using asteroids to spy on Earth, SETI scientist...