Dating app Tinder will roll out new safety features that alerts LGBTQ users when they’re using its service in a country with discriminatory laws.

The new feature keys in on 70 different countries chosen with help from the the International Lesbian, Gay, Bisexual, Trans and Intersex Association and is effective today.

‘We’re rolling out a Traveler Alert that will appear when Tinder is opened in one of these locations to ensure that our users are aware of the potential dangers the LGBTQ community faces so that they can take extra caution and do not unknowingly place themselves in danger for simply being themselves,’ said the company in a statement.

Tinder says the feature works by automatically hiding the user upon entering one of the countries and will appear in the form of an alert within the app.

Users — or at least those who have have input their sexual orientation into the app –will then have the option to either remain hidden or revert to making their profile public.

Alerts will also appear on the ground for users in that area even if they haven’t just traveled to the country.

While the feature may benefit unsuspecting users who would otherwise be in danger, Tinder has often been criticized by members of the LGBTQ community in the past, particularly those who are transgender. 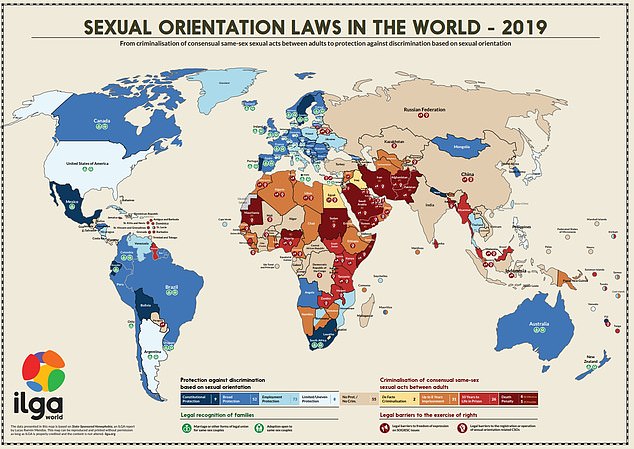 Transgender users have long complained of the dating apps propensity for inexplicably banning their accounts.

Last year, one transgender women sued the platform for banning her account after adding that she is a ‘preop trans woman’ into her bio. Tinder reportedly refused to give an explanation for why the user was banned.

In 2017 Tinder attempted to clarify its stance on transgender users.

‘We stand behind our pledge to make sure no one is ever removed from Tinder simply because of their gender,’ the company said.

‘However, we must do everything we can to make sure that Tinder is a safe space for everyone, which means taking our community guidelines and user reports seriously. 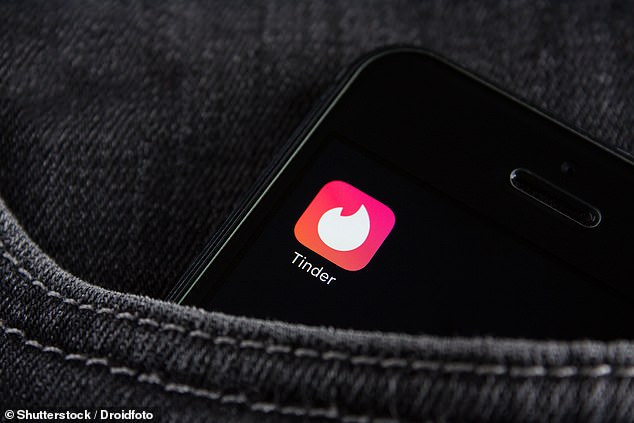 Tinder has been called out by transgender people for failing to address constant banning of their profiles. Disputes have even lead to litigation. File photo

‘While we cannot share details regarding specific users or investigations, all users are held to the same standards and are removed from Tinder if they violate our community guidelines or terms of use.’

Even despite litigation and complaints from members of the LGBTQ community, a more recent report from The Independent details several trans women who report that Tinder has done little to correct widespread issues in the community.

‘Today, we offer users around the world the opportunity to select from more than 50 gender identities and nine sexual orientations,’ Tinder told the outlet in response.

‘For anyone experiencing trouble, we recommend being certain that the More Genders feature is activated or reaching out to our customer care team at [email protected]’

Apple to put THREE cameras on the upcoming iPhone 11