By Lucy White City Correspondent For The Daily Mail

Troubled Thomas Cook is under fire from an investor group which claims it may have ‘misled’ small shareholders over its last-ditch efforts to remain afloat.

The travel agent announced on Friday it was hammering out a rescue plan with its lenders and Chinese conglomerate Fosun, in a deal which could wipe out the value of shareholders’ stakes.

Sharesoc, which represents individual investors, is now demanding that Thomas Cook explain why, just weeks before revealing the crunch talks, it claimed that its cash position was improving and it was in talks with its banks simply as a ‘proactive’ measure.

Cliff Weight, director of Sharesoc, said these statements, made in February and May, appeared ‘unduly optimistic’ in light of Friday’s revelation.

He added: ‘Thomas Cook’s directors need to be held to account for making such positive statements, which may have misled many investors.’

Individual shareholders together own 20 per cent of Thomas Cook. Those who took its reassurances at face value have seen their investment collapse – over the past three months its shares fell 78 per cent to 5.38p.

On May 3, the travel company’s chief executive Peter Fankhauser (pictured below) said: ‘We have taken a number of prudent early steps to de-risk our business.

‘We have also taken the proactive step to approach our financing partners and are engaged in constructive discussions to ensure we have the flexibility and resources to continue investing.’ 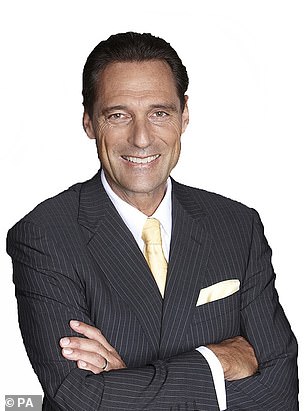 Thomas Cook, which served 22 million customers last year with flights and package holidays, has been crushed by disappointing trading and the weight of more than £1.2 billion of debt.

After a strategic review earlier this year it tried to offload parts of the business, including its airline, to raise cash, but revealed on Friday that this process had been put on hold because the firm’s performance was too poor.

A spokesman for Thomas Cook said: ‘The statement that was made on May 3 was in response to media speculation in relation to the company’s financing requirements, and clearly stated that a further and more detailed update would be provided on May 16.

‘Our audited half-year results statement on May 16 highlighted a number of risks and uncertainties in relation to the challenging trading environment, including competitive pressure and higher fuel and hotel costs.

‘We were also clear in relation to the risks and uncertainties associated with the outcome of the airline review.’

Among major airlines, Thomas Cook has been named the second-worst for punctuality.

In another blow for the struggling firm, data from the Civil Aviation Authority showed that Thomas Cook flights were typically 24 minutes late to depart UK airports. It came in close behind Vueling, the Spanish carrier owned by IAG, whose flights were 31 minutes late on average last year.

Cathay Pacific was named most punctual, as its jets took off just eight minutes late on average.

Clean Air Strategy vows to crack down on drivers who leave...