Record-breaking BLUE stallion: This rare 1989 Ferrari F40 is the first motor to sell for over £1million on an online-only classic car auction platform in the UK

Ferrari F40s are super rare. But blue Ferrari F40s are like gold dust. That’s because – officially – all 1,311 to leave the Maranello factory between 1987 and 1992 were painted red.

However, this one-of-a-kind example is blue. And not just any shade of blue. It’s actually based on a Porsche colour, which is enough to make a Tifosi member scoff.

This month the stand-out F40 was offered to auction with The Market and, achieving a sale price of £1,000,500 has become the first seven-figure car to be sold on an online platform for collectible models in Europe.

It’s the latest example of the blossoming online classic car market, with collectors now hitting a button on their laptops rather than raising a paddle in auction rooms to get their hands on the models they want.

The record-breaking blue stallion: This 1989 Ferrari F40 sold for over £1million earlier this month. It because the first car sold by a specialist online collectible auction platform to exceed a seven-figure sum

While records show that there were only red Ferrari F40s built, a handful were believed to be painted yellow and black – and the Sultan of Brunei certainly sent back some of the examples in his 11-strong collection of F40s to be resprayed.

However, tracking down a non-Rosso Corsa red is like finding a needle in a haystack these days.

Apart from arguably the most famous – certainly most photographed – non-red F40 of all, which is this record-setting example.

That’s because it has become something of a worldwide social media star due to its ultra-rare blue livery and influencer owner, Sam Moores, who is the a freelance photographer, creator of the popular Car Chat podcast and boasts almost 67,000 followers on Instagram.

When this particular example left the factory in 1989 it was red, as it remained for two decades. 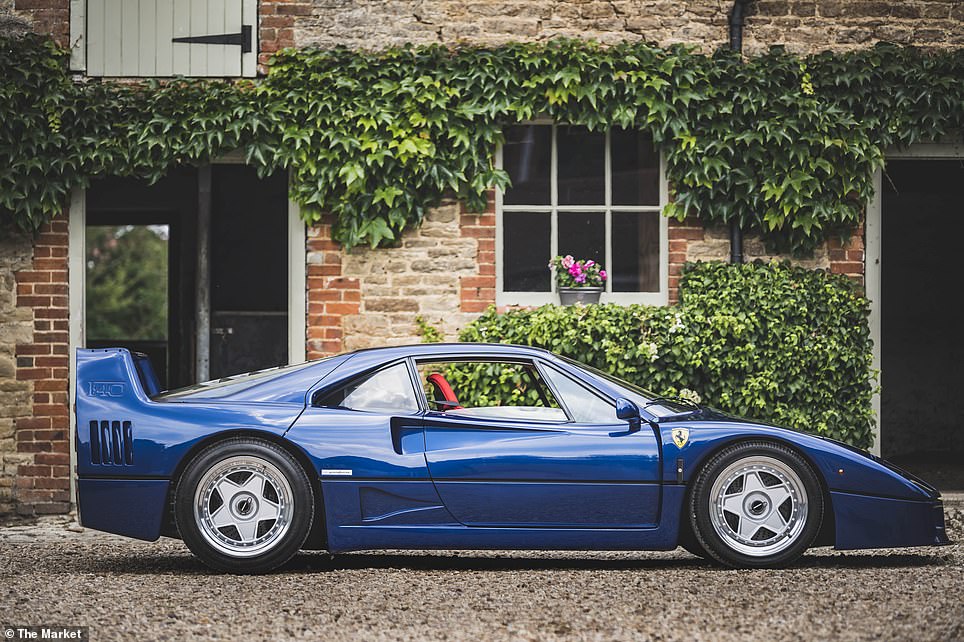 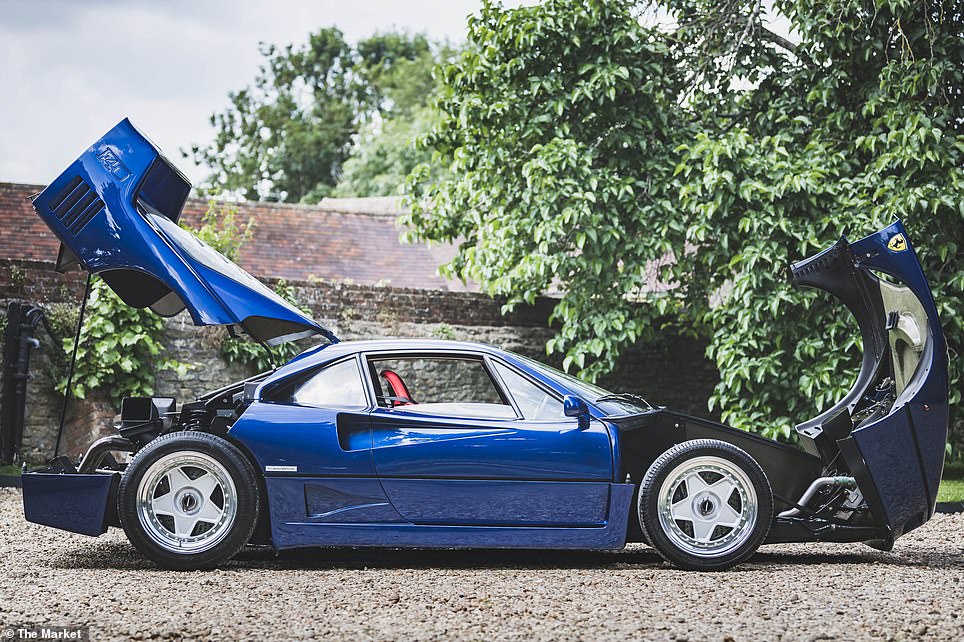 All 1,311 examples of the Ferrari F40 produced in Maranello between 1987 and 1992 came off the assembly line in Rosso Corsa Red. However, this is arguably the most famous – in the UK anyway – example in a different tone 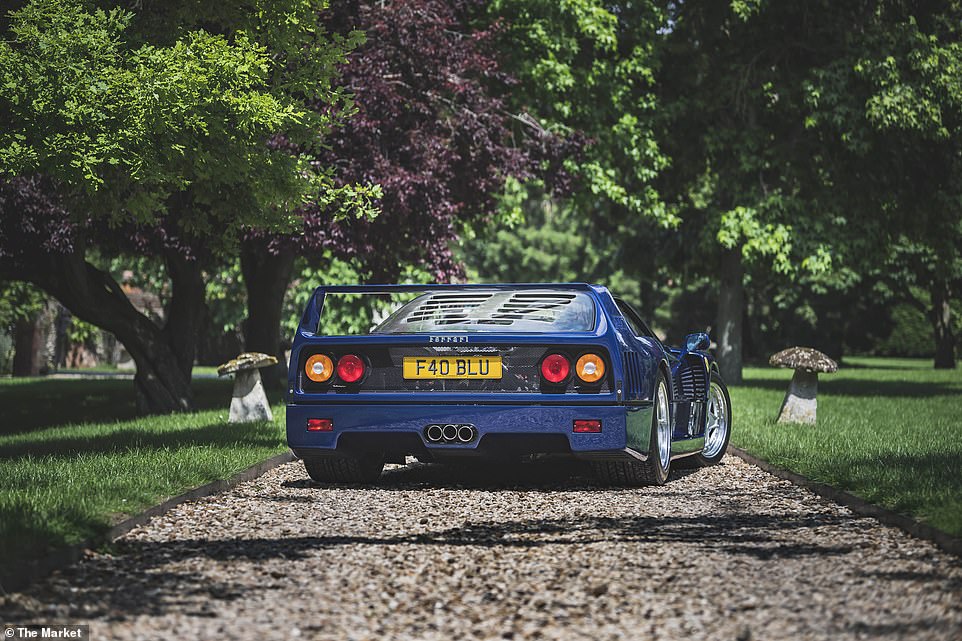 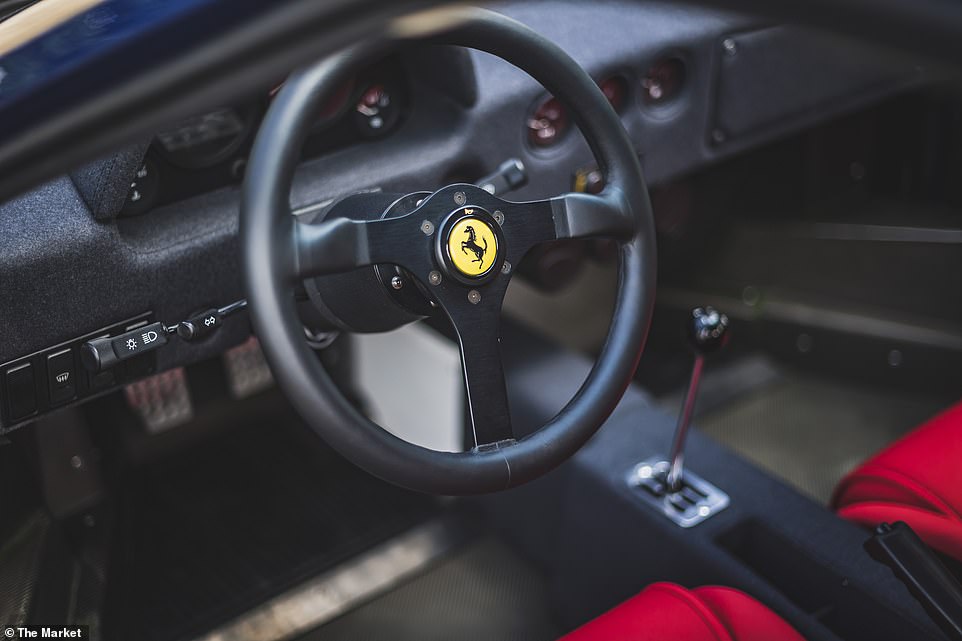 The F40 was sold by The Market, which was recently bought out by esteemed auction house Bonhams

It was shipped to Japan in 2004 after being purchased by famous tuners Liberty Walk and in 2010 was converted by the company to LM spec and painted white.

Moores bought the F40, though with the proviso it would be stripping down, rebuilt to factory specification and changed to Aqua Blue metallic paint – which is officially a Porsche colour that’s commonly seen on the German brand’s 911. 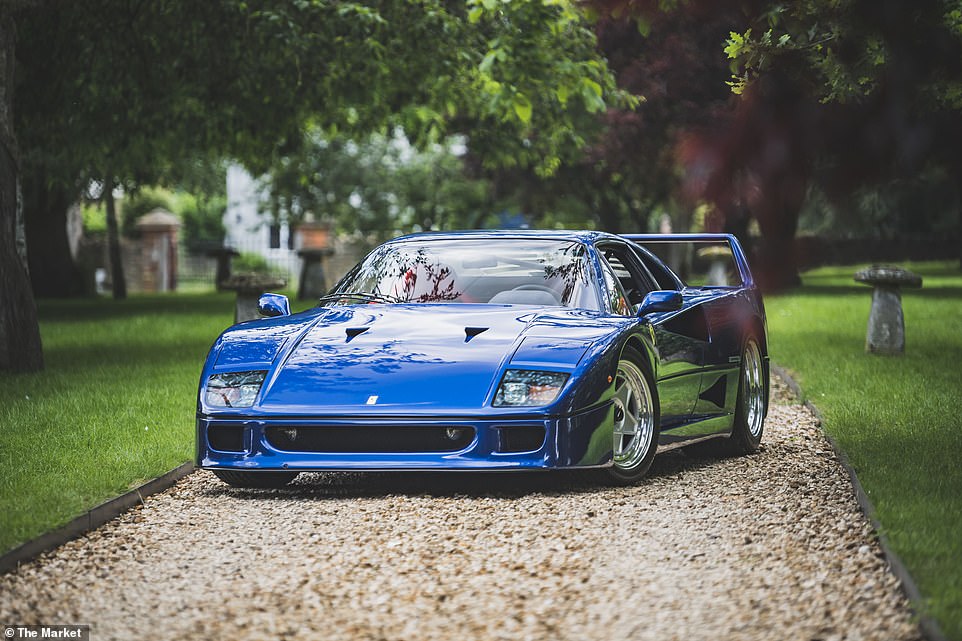 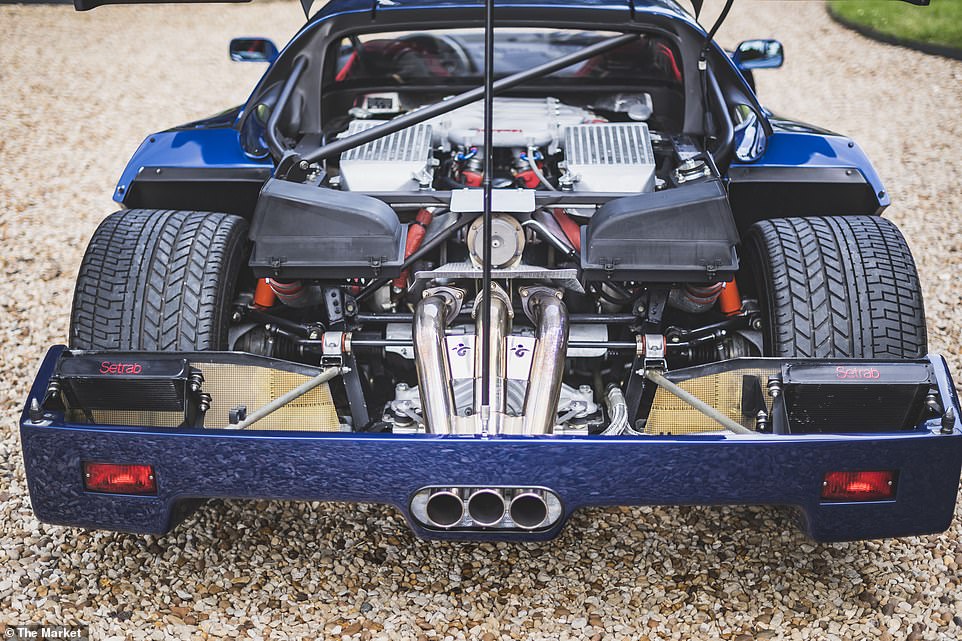 In 2014, Joe Macari Performance Cars in London acquired the car and offered it for sale. It was bought by influencer, Sam Moores

The car was listed on The Market – one of the blossoming auction websites that specialises in collectible car sales – just over a week ago, where it achieved the staggering seven-figure sum after seven days of bidding.

The Classiche-certified F40 was offered to the highest online bidder with a mere 16,000 miles on the clock and a private registration number ‘F40 BLU’.

The hammer fell after a four-way bidding battle drove the price past the£1million mark in the final hour of the sale – the first car to achieve such a sum on a specialist online platform. 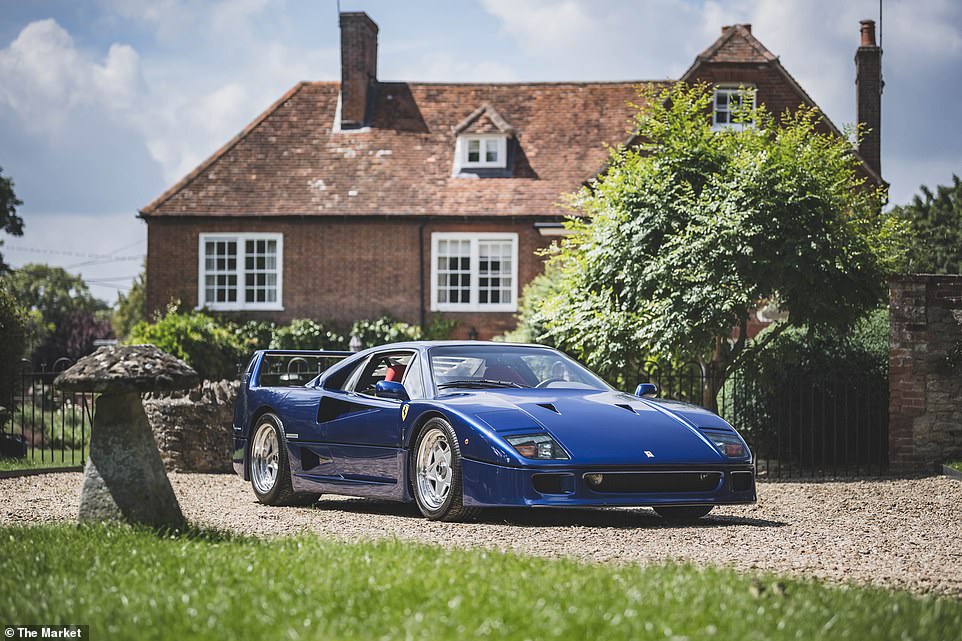 On purchasing the F40 in 2014, Moores requested the London-based exotic car seller to strip it down, rebuild it to factory specification and change the colour to Aqua Blue metallic paint – enough to make a Tifosi member scoff 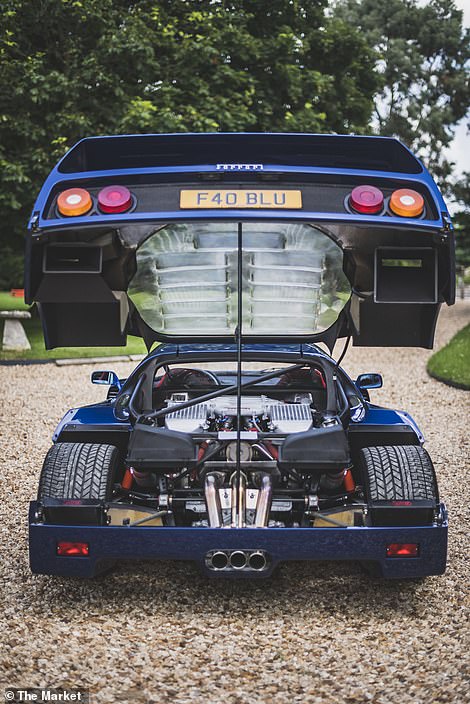 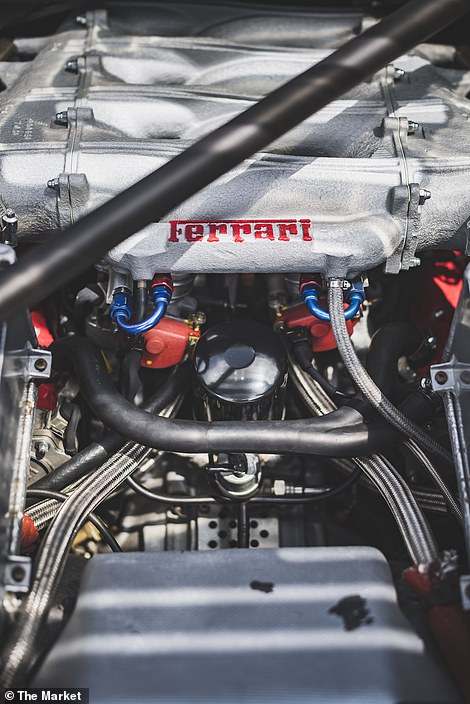 The car has just 16,000 miles on the clock and was sold with the personalised plate, ‘F40 BLU’. Powered by a ferocious twin-turbocharged 2.9-litre V8, the F40 is arguably the most iconic model from Ferrari’s modern era. It boasts a top speed of 201mph

Tristan Judge, director of The Market by Bonhams, said: ‘We are thrilled with this result. Not surprisingly, the F40 was the subject of a lot of attention and activity, with 15 bidders submitting a total of 128 bids.

‘This car was one of only a handful of blue examples in existence and while many collectors favour tradition – such as a red-liveried Ferrari – this sale indicates there is a younger generation of serious collectors who appreciate something different.

The Market was bought by Bonhams in April this year, with the esteemed auction house identifying the value of having an online-only operation to sit alongside its live sales portfolio.

Founded in Oxfordshire in 2016, The Market – alongside rival platform ‘Collecting Cars’ – has taken the industry by storm.

In 2020, the company sold vehicles with a total value of £13 million and increased its turnover by almost 300 per cent compared to 2019.