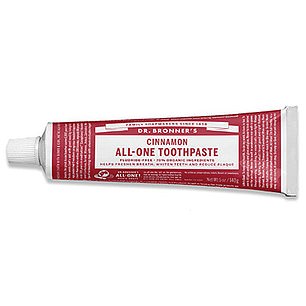 Proof? sadly, there’s no evidence coconut oil is helpful in toothpaste such as this

CLAIM: Made with cinnamon oil and coconut oil — said to clean teeth and freshen breath — plus baking soda to whiten teeth.

EXPERT VERDICT: This might help kill some harmful bacteria in the mouth: a laboratory study in New Zealand showed cinnamon oil can kill Streptococcus mutans, which causes tooth decay, and Lactobacillus plantarum, which can cause gum disease.

Meanwhile, baking soda is a mild abrasive, which will help to clean teeth without damaging them. But there’s no evidence coconut oil is helpful in toothpaste.

Crucially, though, none of these will work as well as fluoride, which is missing here. In low concentrations, fluoride is proven to strengthen the enamel surface on teeth, making them more resistant to decay. 5/10 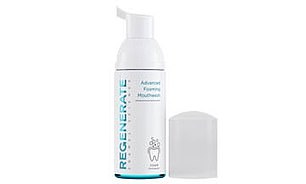 Top tip: Use mouthwash only after eating rather than after brushing, so you don’t wash away the protective fluoride from toothpaste

CLAIM: Proven to reverse erosion caused by acid from food and drink. This mouthwash contains sodium fluoride and sodium phosphate, which help to restore enamel. Use after brushing and after eating snacks.

EXPERT VERDICT: There is some evidence the two active ingredients in this strengthen enamel and dentine (the delicate layer inside a tooth). However, most of it comes from their use in toothpaste — not mouthwash — where they stay on the teeth for longer.

Actually, I’d recommend using mouthwash only after eating rather than after brushing, so you don’t wash away the protective fluoride from your toothpaste.

Rinsing after eating clears the mouth of food debris — which causes bad breath — and dilutes the damaging effect of acids in food, particularly if the mouthwash contains fluoride, like this product does. 7/10 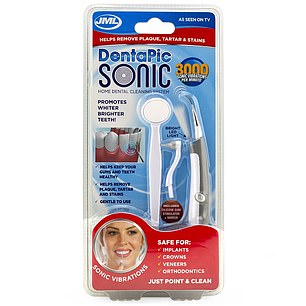 Don’t! You shouldn’t do dentistry on yourself — it’s a job for an expert with the correct tools

CLAIM: This battery-operated gadget apparently vibrates 3,000 times per minute to dislodge plaque and remove stains. Used alongside brushing, it comes with a tip for scaling, a tip for flossing and an LED light and mirror. The maker says it’s safe to use on orthodontics, crowns and veneers.

EXPERT VERDICT: You shouldn’t do dentistry on yourself — it’s a job for an expert with the correct tools. To say it is safe to use on crowns, veneers and orthodontics is a big claim — and not one I’d want to put to the test.

The type of ultrasonic scaler a hygienist uses vibrates 18,000 to 50,000 times per second — a lot faster than this. At best, this is probably not powerful enough to remove much in the way of plaque and stains. At worst, it could harm your teeth and gums. 0/10 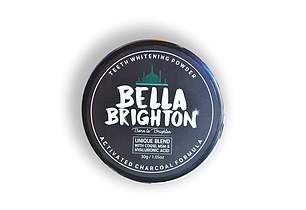 Truth: Research has found hyaluronic acid helps with the healing process in the mouth, including with ulcers and inflamed gums

CLAIM: A powder with four ingredients: hyaluronic acid for its gum-healing properties; coenzyme Q10 to reduce the risk of gum disease; MSM, a form of sulphur with anti-inflammatory effects; and activated charcoal to remove plaque and stains. Dip a wet toothbrush in it, then brush for two minutes.

EXPERT VERDICT: Research has found hyaluronic acid helps with the healing process in the mouth, including with ulcers and inflamed gums. Coenzyme Q10 may improve gum health by reducing inflammation, but the evidence isn’t conclusive.

Meanwhile, MSM is thought to have an anti-inflammatory effect — but there are no studies to show beneficial effects on teeth or gums. And a review in the Journal of the American Dental Association found no good evidence that charcoal can reduce teeth stains or fight plaque. 4/10 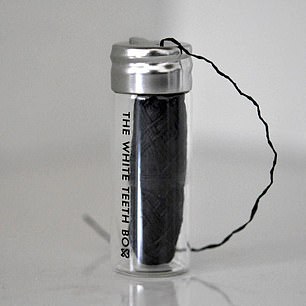 Fad? The charcoal adds nothing to the oral health benefits of this floss, as there is no evidence that it’s antibacterial

CLAIM: Most dental floss is made from nylon, which can’t be recycled, but this is made from bamboo and plant wax, which can. It’s infused with charcoal which, the maker says, is naturally antibacterial and helps to encourage blood circulation.

EXPERT VERDICT: There are no studies looking at the effectiveness of using bamboo thread to floss, but the idea behind it sounds great and the plant-derived wax may help it pass between the teeth more easily than nylon floss.

The charcoal adds nothing to the oral health benefits of this floss, as there is no evidence that it’s antibacterial — my advice would be to try it and see if you like it.

There hasn’t been any significant research into the abrasiveness of charcoal, but there’s also no evidence it’s harmful. 5/10 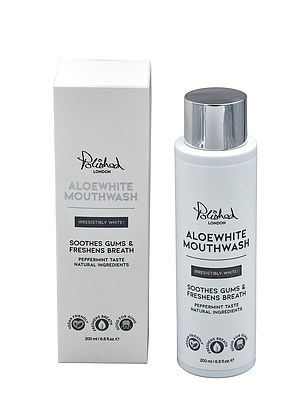 Thumbs-up: There’s some good research to show that an aloe vera mouthwash can have a beneficial effect on gum health

CLAIM: An alcohol-free mouth rinse that contains aloe vera, it is said to neutralise bad breath and oral bacteria and relieve sore gums. Rinse for one minute daily.

EXPERT VERDICT: Alcohol-free is a good thing when it comes to mouthwash, as studies have shown that high concentrations of alcohol can harm the cells on the inside of the mouth, which can lead to oral cancers.

There’s some good research to show that an aloe vera mouthwash can have a beneficial effect on gum health, by killing off the bacteria that cause plaque and lead to gum disease to about the same degree as a standard antiseptic mouthwash that contains chlorhexidine (such as Corsodyl). I’d recommend using this — as with all mouthwashes — at a different time to brushing, as using it straight after will wash away most of the protective fluoride in your toothpaste. 8/10 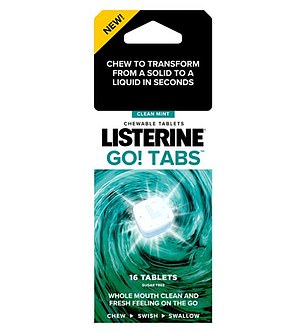 Nope! There is nothing in these tabs that would kill the mouth bacteria to ‘neutralise odours’, as claimed…

CLAIM: Essentially a sugar-free chewy mint — with sweeteners — these tabs transform from a solid to liquid in your mouth and freshen breath on the move. You chew one for ten seconds, swish the liquid around your mouth for 30 seconds to clean it, then swallow.

EXPERT VERDICT: There is nothing in these tabs that would kill the mouth bacteria to ‘neutralise odours’, as claimed.

While they won’t clean your teeth, they will mask bad breath with a minty smell and leave you with a ‘clean and fresh feeling’ — though nothing will leave your mouth feeling as clean and as fresh as two minutes of brushing with toothpaste.

Granted, the flavour is strong, but any sugar-free mint will do the same job at a fraction of the price. 3/10 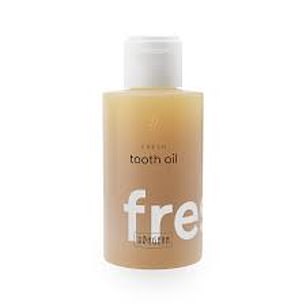 Complimentary: Some studies have shown turmeric is effective in preventing gum disease. Using this won’t do any harm, so long as it doesn’t replace normal brushing

CLAIM: Made with sesame oil, which is said to cling to bacteria in the mouth, plus turmeric extract, said to have anti-inflammatory properties.

Designed to replace toothpaste, you swill it around your mouth for a minute, then brush your teeth and tongue with a damp toothbrush and spit out.

EXPERT VERDICT: Oil-pulling, where a natural oil is swished around the mouth, has been used for centuries to clean teeth and gums. There is limited evidence that it reduces the amount of plaque bacteria, but it isn’t better than brushing your teeth with a fluoride toothpaste.

Some studies have shown turmeric is effective in preventing gum disease. Using this won’t do any harm, so long as it doesn’t replace normal brushing. 7/10 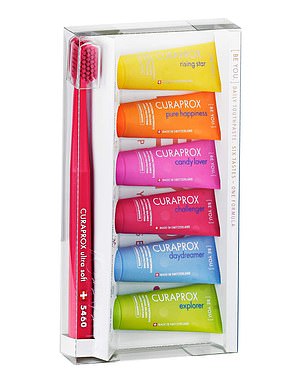 A small study found echinacea in the form of mouthwash could help fight gum disease, but the other herbal ingredients won’t do much

CLAIM: Fluoride toothpastes in different flavours — including gin and tonic and grapefruit and bergamot — which promise to clean and whiten teeth. They contain herbs echinacea, devil’s claw and pennywort, plus panthenol, which the body converts into vitamin B5, which has a healing effect on gums.

EXPERT VERDICT: A small study found echinacea in the form of mouthwash could help fight gum disease, but the other herbal ingredients won’t do much.

The different flavours are great for someone who doesn’t like the taste of mint and might make them more likely to brush regularly. 5/10

‘Childbirth saved my life’: Mother’s cancer is found during labour

What does CBD really do? The trendy oil only has ONE...