Graham Norwood For The Daily Mail

Working from home is a reality for many and a dream for others. The downside is that it’s meant sacrificing a room and packing it with ugly but functional office furniture — until now.

Stylish alternatives are being pioneered by house builders and designers, which means old-style desks and filing cabinets littering living rooms and spare bedrooms may become things of the past, making working from home easier and more enjoyable.

There’s been a huge rise in home-working: 13.7 per cent of employees, some 4.2 million people, already work from home according to recruitment firm The HR Director. Another 1.8 million would do so if they had the chance. 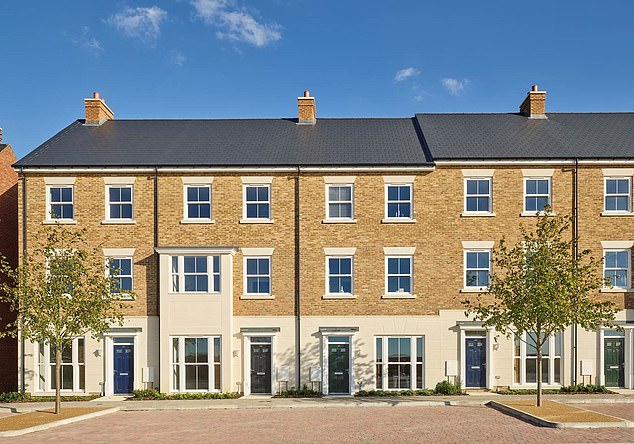 House builder Crest Nicholson has set the ball rolling with its Finberry development at Ashford, Kent, an area full of start-up companies: 89.8 per cent of firms in the county are ‘micro-businesses’, says the local council.

The Finberry houses are open-plan and include a ground-floor workspace with a separate entrance. They have been designed with small one or two-person firms in mind — small architectural practices, accountancy businesses or website content providers, for example. Prices start from £385,000 for three-bedroom live/work units.

Other developers are creating communal flexible workspaces within new developments.

‘This is the natural evolution of the residents’ lounge, where owners of smaller apartments meet guests. The scheme Two Fifty One at London’s Elephant and Castle has a ground-floor workspace with wi-fi and desks,’ says Mike Bickerton, new homes head at property consultancy Cushman & Wakefield.

But even if you’re working from an existing home and don’t a fancy new-build, there’s no need to lose your valuable space to huge office chairs or unsightly desks. 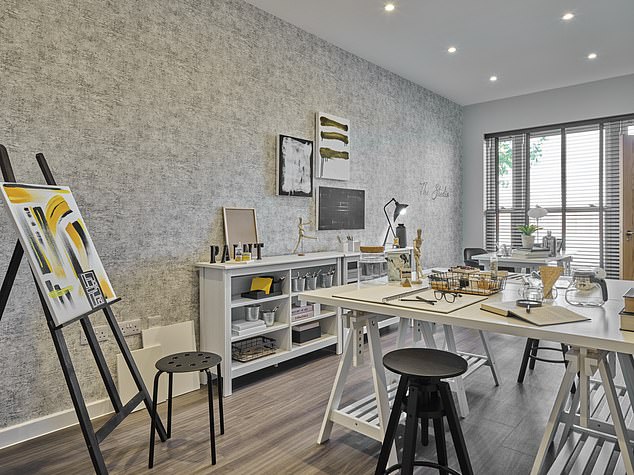 John Lewis, for example, reports a sharp drop in sales of traditional home-office furniture and an increasing demand for fashionable alternatives.

These include chairs with legs made from timber and upholstery rather than chrome and plastic, and ‘hairpin’ desks by designers such as Soren and Fallowfield. These are slimline and look perfect with vases of flowers and ornaments when the iPad and the laptops have been put away.

‘As customers move to smaller workspaces, we’ve seen a rise in demand for slimmer-profile products to suit,’ says Diane Simpson, a buyer at John Lewis.


Last year, research by LABC Warranty found living rooms in houses built since 2010 were typically just 184 sq ft or 17.1 sq metres — that’s 32 per cent smaller than 40 years ago. There’s now a need to combine work and living space more efficiently, and to have furniture that suits both.

Another reason for the rise in home-working is that bosses now recognise that house prices in areas with clusters of good quality, well-paid jobs are so high they are deterring some of the best applicants.

A recent survey of 2,000 full-time employees for estate agency Strutt & Parker found many are either leaving existing jobs or turning down new positions because of housing and commuting costs.

Of course, we have been here before. Some 20 years ago, when conversions of dockside warehouses and city-centre lofts were all the rage, developers tried to promote the ‘live/work’ concept by combining living quarters upstairs with a large workspace on the ground floor.

That was then. Today’s growing army of home-workers look as though they’re in the vanguard of a mass movement — and where people go, house and furniture design follow.

On the market… work from home 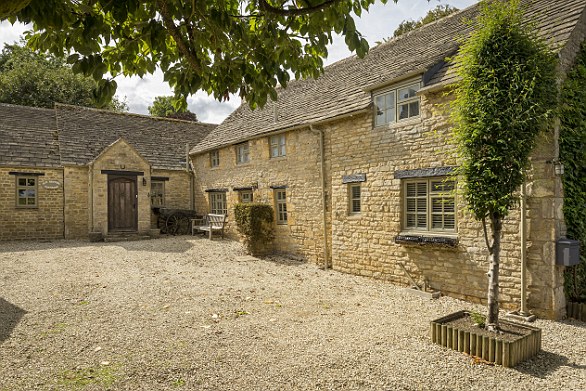 Gloucestershire: This detached property, near Farmington, dates from 1609 and has four bedrooms. The large outbuilding has a garage and workshop as well as an office, studio and bathroom. Knightfrank.com,£1.1million 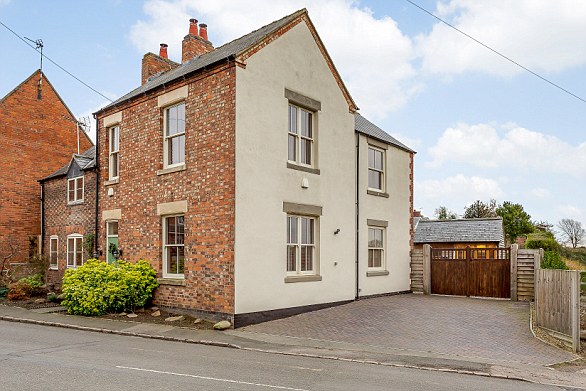 Leicestershire: On the outskirts of Frolesworth, The Brambles has five bedrooms and is on a large plot. The house has been extended and at the back there is a studio outbuilding. Fineandcountry.com, £650,000 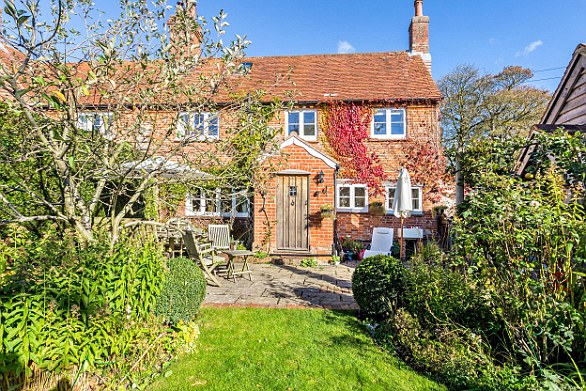 Hampshire: Three-bedroom The Barracks is a Grade II-listed cottage on the edge of Upper Froyle. At the back, there is a barn with double doors, underfloor heating and a mezzanine level. Savills.co.uk, £585,000.

Should you buy a home in the stamp duty holiday or will it cost you more?

Here’s what traders expect after Bitcoin price rallied to $13,217

How to get a refund if furniture bought in the sales...