Man who has NEVER cleaned his penis: 24-year-old who claims to have slept with 40 women tells TV doctors investigating his foul smell he ‘didn’t know he was supposed to wash it’

A 24-year-old bartender has admitted to never cleaning his penis.

The man – known only as Zach – claims to have girls ‘throwing themselves at him’ and has bedded ’40 lasses’.

Despite having sex for years, Zach visited Dr Naomi Sutton – of E4’s hit show The Sex Clinic – after feeling his penis had ‘failed him’ when he became unable to ‘finish’ due to his foreskin being too tight.

He even thought his penis may still be growing – with his foreskin being unable to keep up.

But an examination by Dr Naomi revealed Zach had a serious case of smegma – build up of dead skin, oil and moisture – which was making his foreskin too sensitive to pull back.

Zach – who also admitted to having a host of STIs – told the medic he was unaware he was meant to clean down below.

Zach visited the clinic complaining of having a ‘nasty smell’, as well as pain and irritation at the tip of his penis, for the past six-to-nine months.

He first met with nurse Sarah, who he told that after intercourse, he has to ‘untuck’ his foreskin from behind his shaft.

Although sometimes easy, Zach added he would spend days trying to position his foreskin back into place.

When he questioned whether his penis was enlarging, Sarah said: ‘I think you’ve stopped growing now babe’.

Sarah then passed Zach over to Dr Naomi, who tried to examine his penis, however, this was causing him too much pain.

Zach was eventually forced to take matters into his own hands, but was still only able to pull his foreskin back some of the way and admitted to never being able to completely retract it.

Smegma is a cheesy-looking substance that can build up if a man does not wash his penis every day.

It is a natural lubricant that keeps the penis moist, and is found on the head of the member, as well as beneath the foreskin.

If allowed to build up, smegma can:

It can also lead to redness and inflammation of the head of the penis, known as balanitis.

Once diagnosed with smegma, Sarah asked Zach how often he washes ‘down there’.

Zach said he cleans the shaft of his penis and his testicles but worries beneath the foreskin is too sensitive for him to scrub with a ‘flannel and some soap’.

As parting wisdom, Sarah said: ‘If you take nothing away today, just this, wash your penis darling’.

Zach claims no one has ever told him to pull back his foreskin and wash beneath it.

But he is determined to practice better genital hygiene going forward.

Viewers of the show were disgusted with one taking to Twitter with ‘omg HES SLEPT WITH 40 GIRLS!’.

Others were astounded by what it must be like to go on national television, only to be told you need to clean your penis better.

But Zach is no stranger to problems down below, with him also admitting to having previously had ‘the clap’ and catching ‘gonorrhoea from some lass’. 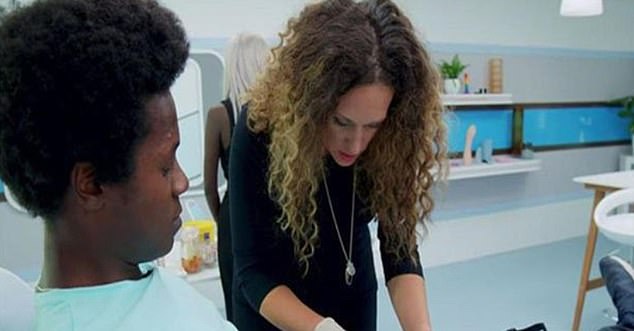 Dr Naomi (pictured) went to examine Zach’s penis, however, it was too sensitive for her to pull his foreskin completely back. Zach added he has never been able to retract his foreskin 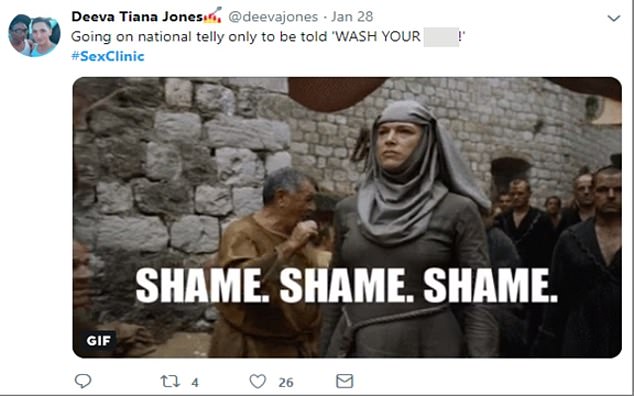 Even this female Tweeter knew men should wash beneath their foreskins

And another social-media user added: ‘omg HES SLEPT WITH 40 GIRLS!’

Strangest driving laws from around world – including ban on drying...

Does keeping milk under shop lights really cut its vitamins?