THE GAIN LINE: Northampton keen on blockbuster move for Jonathan Joseph while Sale press on in their efforts to buy AJ Bell Stadium

Nik Simon For The Mail On Sunday

Northampton are looking to add a star centre to their lineup, and they have a few big name options to choose from.

Meanwhile Sale are still looking to purchase the AJ Bell stadium, despite a previous bid to buy being turned down.

Plus, Wasps and Bath have entered a race to sign second-row Josh McNally, who was called up to England last year. 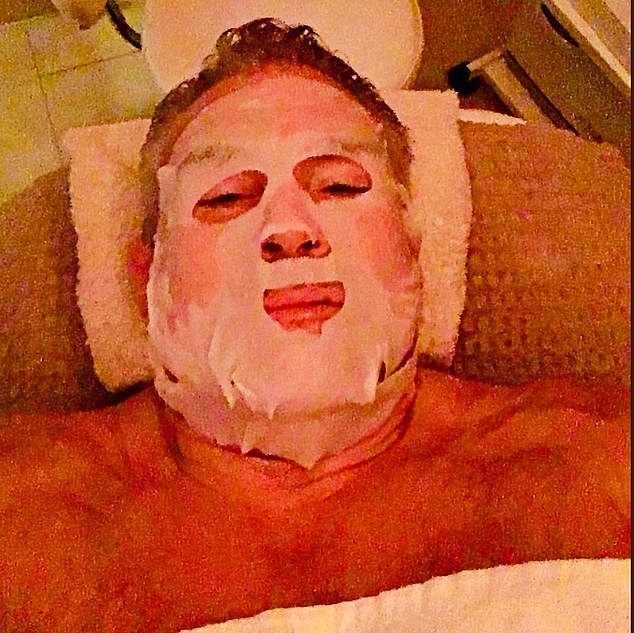 Northampton are weighing up a blockbuster move for Jonathan Joseph, Jesse Kriel or Ryan Crotty to add a star centre to their playing roster next season.

The East Midlands side are still looking to fill the void left by Wallaby Rob Horne, who was forced into sudden retirement in April when he paralysed his right arm.

The Gain Line understands that Chris Boyd, the Northampton head coach, also approached Elliot Daly but the Wasps utility back revealed his preference to join Saracens.

England international Joseph, Springbok Kriel and New Zealand’s Crotty are all options after the World Cup later this year — while one-cap All Black Matt Proctor is another option who could be free to join in the summer. 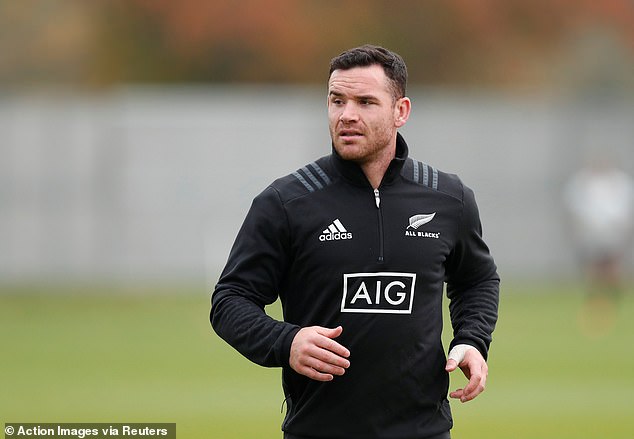 Northampton are weighing up a move for Jonathan Joseph, Jesse Kriel or Ryan Crotty (above)

‘FUNBUS’ prop Jason Leonard shocked his Twitter followers by posting a photograph of him receiving a seaweed detox wrap at Champneys Spa.

The 50-year-old prop, who weighed almost 18 stone in his prime, stripped off for the treatment after spending New Year’s Eve with former England team-mate Brian Moore. ‘Who needs a dry January,’ said Leonard (above) as he immersed himself in the sea salt, amino acids and vitamins essential to good skin care.

Sale to gain ground on rivals with stadium bid

Sale will press on with their efforts to buy the AJ Bell Stadium after giving up on a return to Trafford.

The Sharks moved from Stockport County’s Edgeley Park to their rented facility in Salford in 2012.

A previous bid to buy the AJ Bell was turned down — prompting the club to consider building a ground closer to their roots. But co-owners Simon Orange — brother of Take That singer Jason — and Ged Mason now regard stadium ownership as essential to compete financially with rivals.

Talks are ongoing over the ownership of the AJ Bell, which was built thanks to an initial loan from the local council.

Leicester in talks with Jaco Taute

Leicester are in talks with Munster centre Jaco Taute and Newcastle lock Calum Green. New coach Geordan Murphy is operating with a limited budget but he is keen to bring in new blood in the summer.

Taute, who has been capped three times by South Africa, is being looked at as an option in midfield when Matt Toomua returns to Australia. Line-out specialist Green is a Tigers academy product, who made 21 first team appearances between 2007 and 2012. 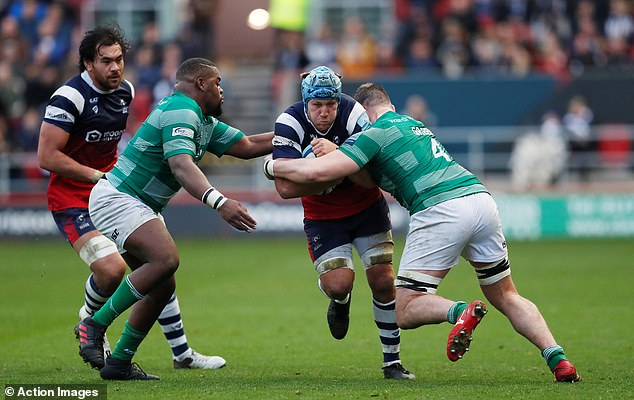 Leicester, despite budget, are in talks with Jaco Taute as well as Newcastle lock Calum Green

Wasps wing in for Josh McNally

Wasps and Bath have both moved to sign RAF Corporal and London Irish captain Josh McNally.

The second-row, who was called up by England last year, has spent this season in the Championship after the Exiles were relegated.

McNally, 28, has already made it clear that he intends to leave at the end of the season — and he is expected to make a final decision on his next club over the weekend. Saracens were also interested but they are now hopeful that Wallaby Will Skelton will sign a new contract.