Natural-gas shortages were a major culprit in the blackouts that left millions freezing in the dark in Texas last week, but making the delivery system more resilient promises to be expensive as well as politically challenging.

Texas is normally flush with gas, as the nation’s largest producer. But both production and power generation from gas dropped by about a third last week during an unusually strong winter storm that caused demand for power and heat to surge.

Freezing water and blackouts wreaked havoc on everything from wells in the prolific Permian Basin to pipelines and regional storage facilities that feed power plants across the state. The resulting gas shortage sent prices soaring and disadvantaged power plants that purchase daily fuel supplies on the spot market.

The state’s gas infrastructure and power generation failed for similar reasons: Neither is designed to perform in subfreezing weather, unlike similar equipment in parts of the U.S. where colder temperatures are more common.

Engineers said Texas gas production was slowed by low temperatures that froze water produced alongside oil and gas and entered oil-field tanks. Compressors that help move oil and gas through pipelines also became inoperable because of the cold weather.

Texas state leaders have called for the electric system to be winterized following last week’s fiasco, with Gov. Greg Abbott proposing that the costs be subsidized by the state. But so far, they have made no similar proposals to harden the state’s latticework of wells, pipelines and other oil and gas infrastructure.

The failure of Texas’ gas infrastructure to deliver the expected amounts of supplies exposed a dangerous vulnerability for a fuel the oil industry claims is more reliable than rival sources.

Addressing that vulnerability would involve expensive and complicated solutions. It could try to force companies to retroactively winterize gas infrastructure to withstand future storms, a turnabout in a state with a light regulatory touch. Officials could also push power plants to shore up their supplies of gas, something that could run counter to Texas’ laissez-faire power market.

Instead, he said the root cause of the gas shortage was the power cuts mandated by the state’s power grid operator, the Electric Reliability Council of Texas, or Ercot, that left oil fields in the dark. A lot of oil-field equipment runs off electricity from the state grid and shut down last week during outages, causing some of it to freeze. 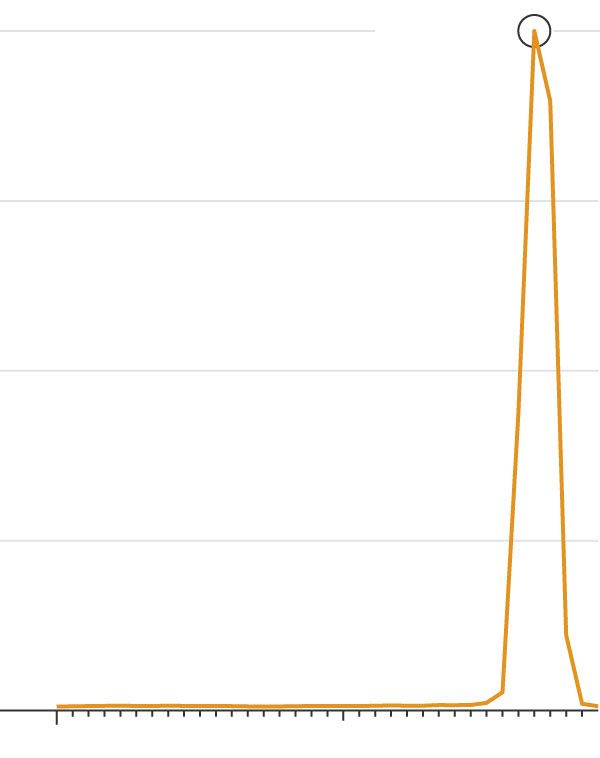 “Without power, it’s hard to generate gas or oil,” Mr. Wright said. While generators are often used in drilling and fracking wells, it was difficult to get generators to existing wells that were knocked offline during the freeze, he said.

Last Wednesday, Dan Woodfin, a senior director at Ercot, said some generators starting last Monday were unable to get enough gas because of issues stemming “all the way back to the wellhead.”

“We had a lot of wellheads freezing up so the gas wasn’t able to come out of the ground and get into pipes in order to make it to generation,” Mr. Woodfin said.

Last week, gas production in Texas fell from around 21 billion cubic feet of gas to less than 14 billion, according to energy consulting firm Wood Mackenzie. Spot prices in Houston climbed more than 12,000% to $400 per million British thermal units, according to Natural Gas Intelligence.

Southwest of Houston, the state’s largest salt-cavern gas-storage facility, Tres Palacios, cut the amount of gas it was supplying as a power outage left its operator, Crestwood Equity Partners LP, unable to use its compressors to move gas to market. It used a backup generator to meet contractual requests for gas, spokeswoman Joanne Howard said.

Protecting oil fields, pipelines and processing facilities from freezing temperatures is a multibillion-dollar investment that companies have little incentive to make in a state with relatively infrequent freezes.

What changes should Texas make to its gas power infrastructure? Join the conversation below.

It would almost certainly take new regulations for cash-strapped oil-and-gas companies to invest in protecting their assets from rare subfreezing temperatures, said Frank Lomax, an adjunct professor at Cornell University.

“It’s not like these guys are going to voluntarily put in backup generators,” he said.

A 2011 report prepared for the Federal Energy Regulatory Commission estimated the cost of winterizing a single well was $34,425. Texas had nearly 300,000 active wells as of November, according to the Railroad Commission.

Todd Staples, president of the Texas Oil and Gas Association, said mechanical problems were among the least of the companies’ concerns as they lost power and communications and icy roads became impassable. Some believed they could have kept operating in the freeze if not for Ercot’s outages, said Mr. Staples, a former state railroad commissioner.

The storm showed the gas system’s inability to direct limited supplies to power plants in times of emergency. Despite an order on Feb. 12 from the Railroad Commission directing pipelines to give priority to shipping gas to power plants, many generators said they struggled to get enough of the fuel, while some industrial customers, like liquefied-natural-gas plants, received large supplies. Mr. Wright said the Railroad Commission didn’t have the authority to redirect gas already purchased under long-term contracts to power plants.

Due to the mechanics of Texas’ deregulated power market, in which producers are paid only for the power they generate, and not for their ability to deliver watts as needed, many buy gas on the spot-market instead of signing long-term contracts that might leave them with more gas than they will use.

Ramanan Krishnamoorti, chief energy officer at the University of Houston, said many Texas power plants only have access to incremental supplies of gas, which works when there is spare capacity on the pipelines, but faltered last week. He said market and regulatory changes would need to be explored to prevent last week’s crisis from repeating itself.

“The natural-gas story is a case of systemic failure,” said Mr. Krishnamoorti.

Days could get longer if polar ice caps keep melting as...

High streets prepare for manic Monday as chains such as Primark...