A father-of-six who contracted flesh-eating bacteria while crabbing in the Gulf of Mexico has died after battling the infection for four days.

Gary Evans, 56, never left the boat as he, his wife and kids fished for crabs in Magnolia Beach, south-east Texas, on July 4.

They had heard the dozens of reports of people contracting flesh-eating bacteria after swimming or paddling in the warm, fresh waters of the Gulf of Mexico, with an open cut.

But they thought they were safe. The only time Evans touched the water was in the couple of instances that his hat blew off his head, leaning over the side to pick it up. 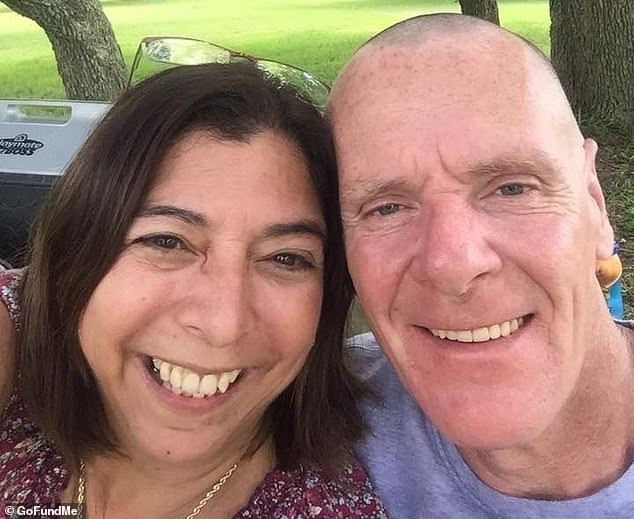 Evans’ wife Debbie Mattix said she is still struggling to come to terms with how this tragedy came about. He didn’t go in the water and didn’t have any obvious cuts

He went straight to hospital, where doctors diagnosed him with Vibrio vulnificus, a bacteria that develops into necrotizing fasciitis, a fast-moving and often lethal pathogen.

Doctors, aware of the bacteria risk in the area, started treating Evans for necrotizing fasciitis before it was even confirmed, and raced to try to contain the bacteria in the intensive care unit, giving him antibiotics.

But it had spread too far, too fast.

By the time he went in for surgery, doctors told Evans’ wife, Debbie Mattix, that he had just 72 hours to live, at best.

‘They did everything they could do,’ Mattix, 60, told their local paper, the Victoria Advocate, in Victoria, Texas.

‘He was very, very sick, and it ended up beating him. It spread into his liver, his kidneys and he was on a respirator. It also got into his blood system and started collapsing his veins.’

Necrotizing fasciitis enters the body through cuts or burns, and very often in fresh water, which is a hospitable environment for this type of bacteria. But

Evans died on Monday July 8, and his funeral was held on Saturday.

‘This bacteria is a lot worse than people really think it is,’ Mattix said. ‘It is not a bacteria that is easily contained; it comes in with vengeance, and it is relentless, just, like, destroying everything in its path.’ 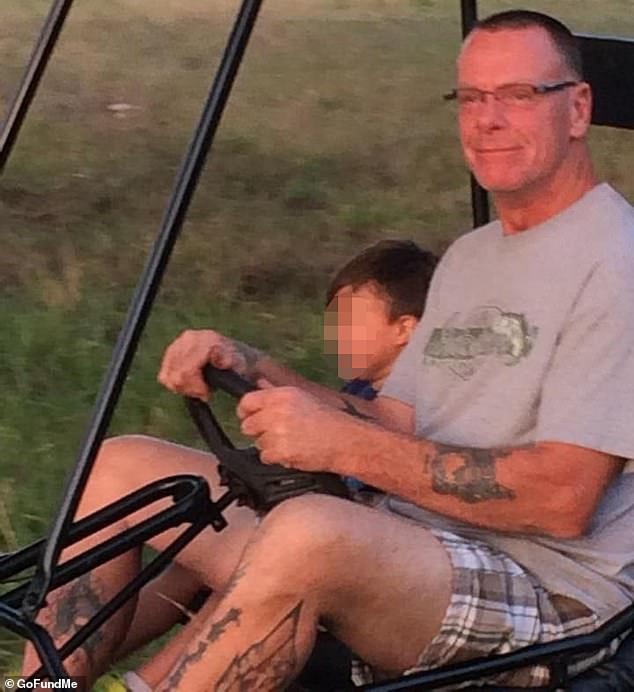 Well-wishers have remembered Evans as a ‘genuine’ and ‘lovely’ man

On a GoFundMe page, set up to help with funeral expenses, well-wishers flooded in, remembering Evans as a ‘genuine’ and ‘lovely’ man, who helped so many during Hurricane Harvey, which decimated the state. Evans ‘was out their with his chainsaw,’ Mattix remembered, helping families to get to safety and rebuild their lives.

Speaking to KHOU, Mattix said she is still struggling to come to terms with how this tragedy came about.

‘His hat fell off into the water a couple of times, and he picked it up, and you just laugh about it, and he put it back on his head, was that it?’ Mattix told the network.

‘Was that the entryway then? I don’t know. Could it have been when he pulled the crab traps out of the water and the breeze, some of the water sprinkled on him then? But to say we floated out in the water, no. We never got in the water.’

SPA DOCTOR: The quick fix for my jet-lag blues

The cholesterol lowering jab that means never having to take statins...