These are the games that Frank Lampard will really find out if he can cut it as a top-level manager and he has a number of big calls to make.

From choices over formation to who he picks up front and which Bayern players to target, here are the key tactical issues Lampard has to get right if the Blues are to take a lead over to Allianz Arena next month.

Stick or twist with five at the back?

Chelsea successfully deployed a back three with Reece James and Marcos Alonso at wing-back for the 2-1 win over Tottenham at the weekend.

It was an impressive performance, albeit against a Spurs team without key men, and Lampard could be tempted to stick with it against Bayern.

Having five defenders when out of possession would certainly help stifle a free-scoring Bayern team and help shackle the likes of Serge Gnabry, Robert Lewandowski and Thomas Muller.

The absence of N’Golo Kante through injury makes the same formation a sensible option. Christian Pulisic is also out and Callum Hudson-Odoi is only just returning so the personnel available could force Lampard’s hand. 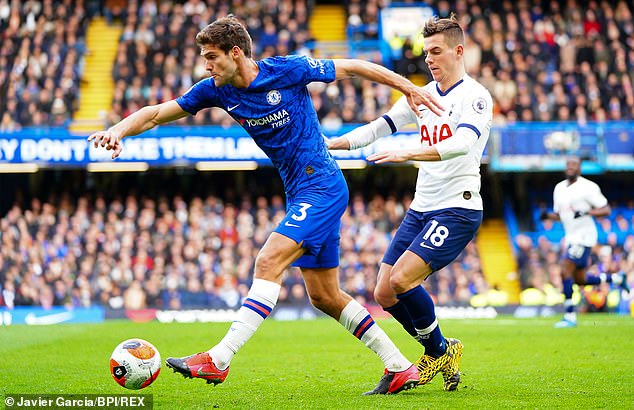 He played without recognised wingers on Saturday with Jorginho, Mateo Kovacic, Mason Mount and Ross Barkley all starting in midfield behind Olivier Giroud.

Bayern could match their hosts in terms of formation with Hansi Flick having to decide whether to go with an identical set-up, as they did in a 3-2 win over Paderborn at the weekend.

Álvaro Odriozola and Alphonso Davies were selected at wing-back with Joshua Kimmich, David Alaba and Lucas Hernandez in a back three.

If Jerome Boateng is recalled into the starting line-up that could switch to a back four but Flick seems more likely to stay with his current set-up.

If he does and both teams cancel each other out, it could come down to some key in-game decisions to switch momentum and break the game open. 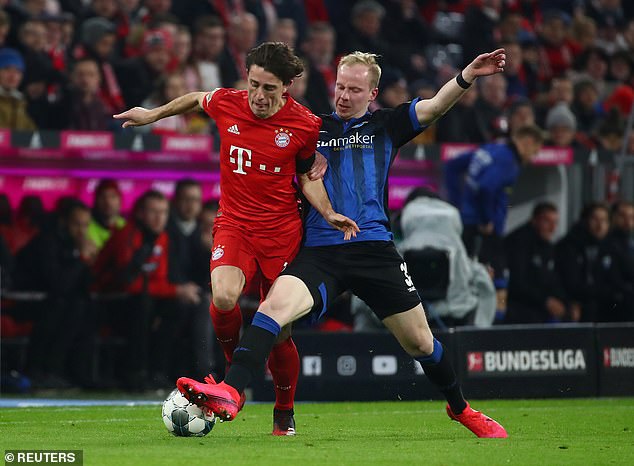 This could be a crucial selection and one Lampard has to get right.

Abraham is returning to full fitness and had 20 minutes off the bench against Spurs after Giroud started the game and scored.

The Frenchman is a reliable presence up front but has found himself behind the young English talent so far this season.

Abraham has scored 15 goals already this term and been one of the shining lights for the west London club. 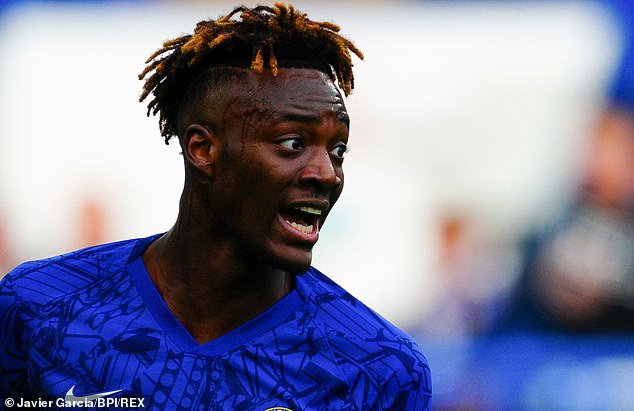 It would be a major statement of faith for Lampard to throw him straight back into the mix but if there is a time to risk it then this might be it.

For all their brilliance going forward, Bayern can be shaky at the back so Chelsea need to be clinical when they force openings.

The Germans concede an average of nine shots per game and allowed in 31 goals this season.

Niklas Sule’s long-term injury was a hammer blow to the Bundesliga champions an their rearguard looks like a patchwork with Alaba out of position at centre-back, Benjamin Pavard filling in where he can and Davies out on the left.

Abraham’s movement could present more of a challenge than Giroud’s accomplished hold-up play so it will be fascinating to see who Lampard starts. 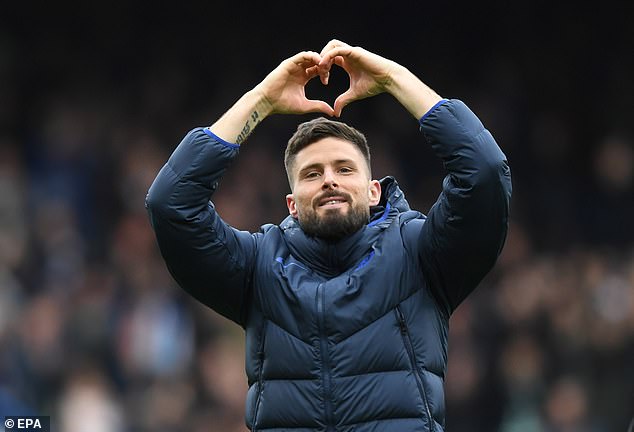 These high profile games can expose players and both managers will be seeking to exploit any weakness they can.

Davies is more naturally a winger but has been farmed out to wing-back which is far from his preferred home.

The Canadian has buckets of pace and recovery speed to compensate for being caught out of position but at 19, he’s still the most inexperienced player in this Bayern line-up.

He’s a deadly addition to the attack when given the licence to bomb on and provided two assists in the group game victory over Tottenham.

But his education at left-back is still in its infancy and Lampard could well instruct the Blues to channel their attack down Davies’ flank.

James and Azpilicueta could smell blood and with the crossing ability of both, the right side of attack might cause plenty of problems. 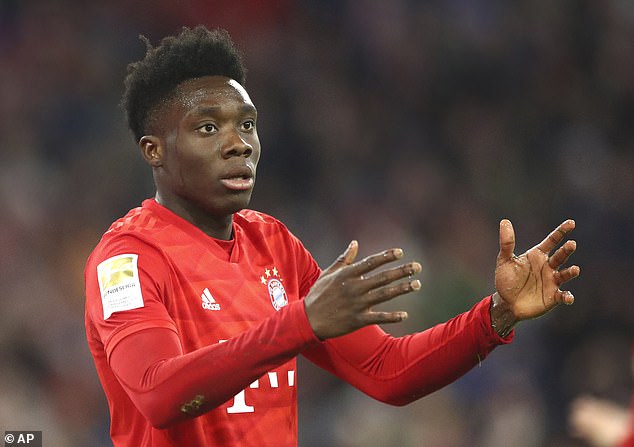 Bayern are on a roll having won 10 of their previous 11 games. The Bavarians are creating and scoring with regularity, netting 39 times in 12 games.

That said, they’ve conceded six times in four games so there are reasons for Chelsea to be encouraged.

Lampard’s side have had a tricky run of games with Leicester, Arsenal, Manchester United and Tottenham all recent opponents in between an FA Cup fourth round victory over Hull.

Given the strength of opposition and absence of key players, the Blues have come through relatively unscathed and remain three points clear of Manchester United in fourth place.

The three points against Spurs was a real boost and just what the doctor ordered ahead of Tuesday’s showdown with Bayern. 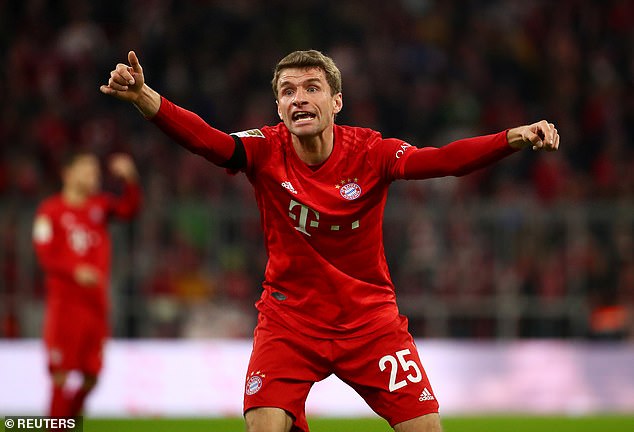 The Polish striker remains razor sharp in front of goal and has a staggering 35 goals to his name in all competitions already this season.

Lewandowski is still among the very best forwards in Europe so his battle with Andreas Christensen will be crucial.

The 23-year-old will of course need support from elsewhere but as he played in the middle of Rudiger and Azpilicueta at the back on Saturday, there’s a fair assumption he’ll be picking up Lewandowski as his man.

He has 11 goals in his last 10 so is on red hot form and is without doubt the primary attacking threat for Bayern. How Christensen fares will go some way to deciding the outcome of the game. 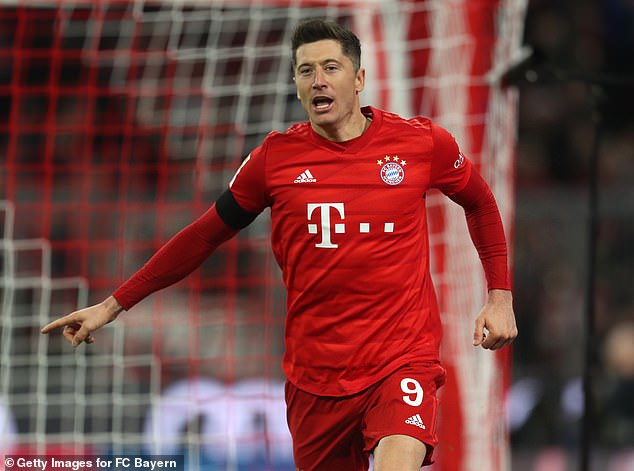 Serge Gnabry has emerged as one of Bayern’s leading lights. His pace, trickery and finishing ability were all on show during the brutal 7-2 demolition of Spurs and Chelsea will have to keep tabs on the 24-year-old.

He’s likely to start on the right side, behind Lewandowski and the stats indicate how productive Gnabry has been this season.

The German international has 14 goals and nine assists to his name and Marcos Alonso may have to curtail his attacking instincts to help Rudiger handle him.

This could be a case of all hands to the pump for Chelsea as Thomas Muller is also enjoying a stellar season with 14 assists.

Cutting the supply to Lewandowski will be critical so if Chelsea are to progress and limit away goals Alonso’s tussle with Gnabry is a must-watch. 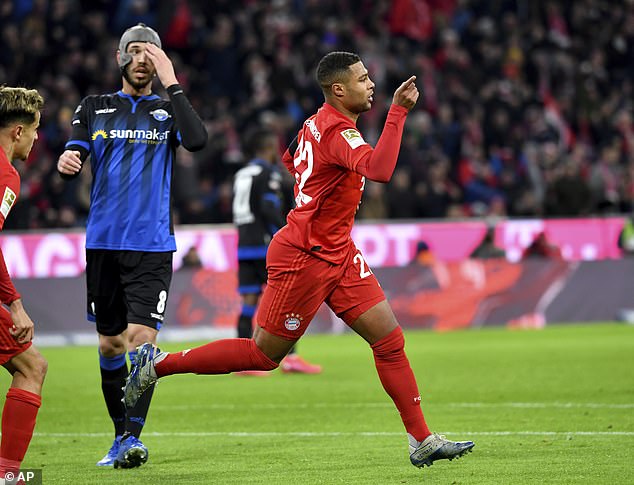