Superdry founder Julian Dunkerton fired more flak at the fashion chain’s directors accusing them of presiding over the ‘weakest’ performance in its 34-year history. 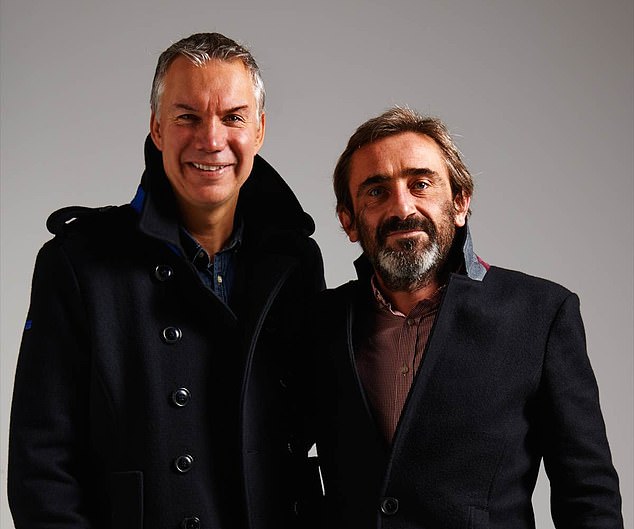 The figures pile further pressure on chief executive Euan Sutherland and chairman Peter Bamford amid a public spat with Dunkerton.

The entrepreneur, who is married to 32-year-old designer Jade Holland Cooper, said the latest figures proved that Superdry’s strategy is ‘failing dismally’.

Since taking over in December 2012, Sutherland, 42, has reduced the number of products it stocks and is diversifying from jackets and coats which Superdry has historically relied upon to drive sales.

But Dunkerton, Superdry’s largest shareholder, is unhappy with the change of direction and wants to return to the business and reverse management’s decisions.

He said: ‘These numbers, the weakest in the company’s history, are a damning indictment of Superdry’s misguided strategy.

‘The current strategy is failing dismally, as I predicted it would. Compared with the group’s peers, who have been exposed to the same external factors, these numbers are very disappointing.

‘As shareholders, we continue to suffer unnecessary value destruction and I am absolutely committed to restoring the business and brand back to strength. How bad does it need to get? Action must be taken now.’

Wayne Brown, an analyst at Liberum, also attacked the firm over its performance.

‘Superdry’s performance is by far the worst in the branded clothing segment,’ he said.

Sutherland blamed the strategic overhaul for the latest sales decline, adding that mild weather dented sales due to a lack of demand for heavy winter coats.

Dunkerton co-founded Superdry in 1985 from a market stall in Cheltenham. He has an estimated net worth of £441m, despite having to sell £48m of his stock two years ago to fund his divorce from the mother of his two children.

He was chief executive of Superdry until 2015 when he stepped aside to oversee the firm’s product and design. He left last year to focus on other business interests including his cider company and The Lucky Onion, an upmarket chain of hotels and pubs in the Cotswolds.

Amy Higginbotham, retail analyst at Global Data, said: ‘The board has responded to the lack of product creativity which Julian Dunkerton blames for the poor performance, by appointing Phil Dickinson, former Nike and Umbro executive, as creative director.

‘But it is likely to see more disruption from Dunkerton over the next few days, as he pushes for investors to vote on his reinstatement, in an attempt to turn the retailer’s fortunes around.’

Home moves halted in lockdown and property viewings are banned

Home moves halted in lockdown and property viewings are banned

Olympics that have been canceled or interrupted over the years

Casa Formentera to Open in the Balearic Islands