The son of a Welsh mother and Sardinian father, Joe first started boxing at the age of nine. As an amateur boxer he maintained an impressive record, taking 110 wins out of 120 fights.

By 1993 he held the Amateur Boxing Association titles in three different weight categories, the first British boxer to do so.

During his 15-year professional career he won the International Boxing Federation title (2006), Kessler’s World Boxing Council title (2007), and World Boxng Association (2007) title, making him the undisputed world champion. He retired in February 2009 with an undefeated record in 46 career bouts. 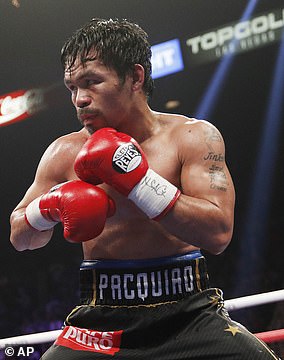 Manny Pacquiao at a welterweight championship in Las Vegas this year

The famous professional boxer, media celebrity and politician has won boxing titles in more weight classes than any other boxer in history. He started boxing at the age of 16, appearing first as a junior flyweight.

He won his first major title in 1998 when he gained the World Boxing Counci flyweight title. In 2003 he became the Ring Magazine’s featherweight champion.

He also formed a new political party, the Peoples’ Champ Movement, and ran for a legislative seat in Mindanao in 2010. After winning the position he was re-elected in 2013 and elected to the Philippine Senate in 2016 as one of 12 senators.

He ruled with his father, Lucius Aelius Aurelius Commodus, from 177AD until his father’s death in 180AD, and then solely until the end of his reign. His time as Emperor was marked by civil strife that ended the previous 84 years of stability.

Lapsing into insanity, he renamed Rome as Colonia Commodiana, Colony of Commodus.

He also said he was the God Hercules and fought in the arena as a gladiator or to kill lions with bow and arrow.

In 192 he was strangled to death by a champion wrestler following his announcement that he would assume the consulship dressed as a Gladiator. 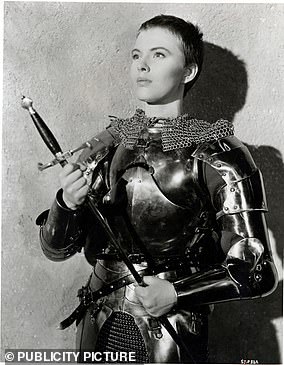 The French warrior is often shown holding a blade in her left hand. Although this suggests she was left-handed, it could also have been a way to discredit her as back then left-handedness was linked to witchcraft.

In the bible Ehud assassinated Eglon, King of Moab, by smuggling a sword into the king’s presence because it was hidden on his right thigh, where people wouldn’t think to check. The bible also says that 700 elite Benjaminite warriors were trained to be left-handed.

Graffiti in Pompeii shows the left-handed gladiator Albanus defeating his rival, Severus. As slaves were trained to fight right-handed, being left-handed could have been a great advantage.

Mesmerizing video captures what the speed of light looks like at...