Sports stars are turning to pickle juice in bizarre new trend to relieve muscle cramps… but Arsenal’s Lucas Torreira doesn’t think much of the taste!

Stars from a range of sports swear by drinking crushed pickles during matches, the salts in the drink helping to prevent muscle cramps.

During Arsenal’s 2-0 Premier League victory over Chelsea on Saturday, Torreira was given a small bottle to swig from as he received medical attention – the contents of which he immediately spat out. 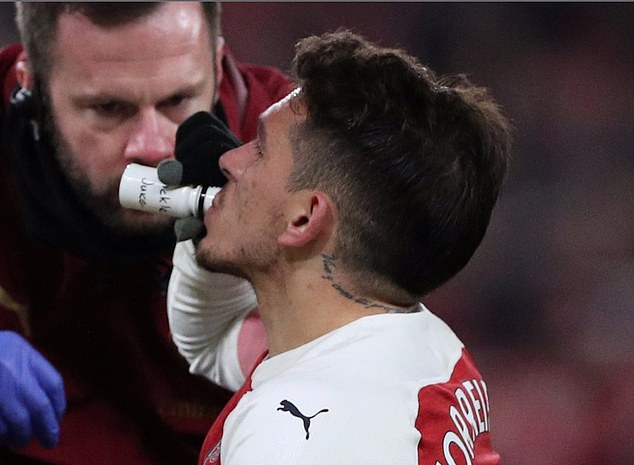 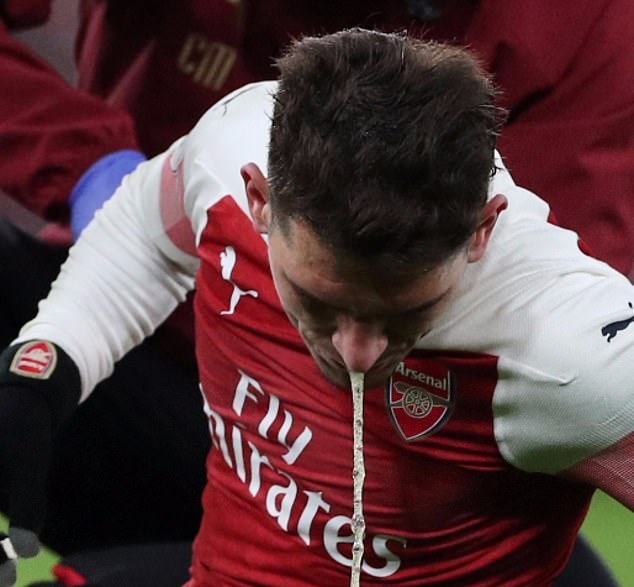 WHAT GOOD DOES PICKLE JUICE DO?

Pickle juice has been a secret weapon of athletes for years, but recent exposure in the Premier League and Australian Open has brought it into the limelight.

The briny liquid has many health benefits, according to wellbeing website Healthline.

A close up of the container shows the words ‘Pickle Juice’ written on the side, with the Arsenal physios clearly hoping the odd drink would help their all-action midfielder back to full strength.

While it may not have agreed with Torreira, American tennis star Frances Tiafoe swears by the concoction, saying it helped him overcome Grigor Dimitrov in their Australian Open clash, which lasted three hours and 39 minutes.

Tiafoe said: ‘I had the break, but started to feel my body. He played a good game to break me. After that, as you asked me, I was trying to stay alive.

‘I was downing pickle juice, having that like Kool-Aid, just trying to get that done. I’m talking straight up: just downing it. It tasted terrible. I’m feeling terrible right now, man.’ 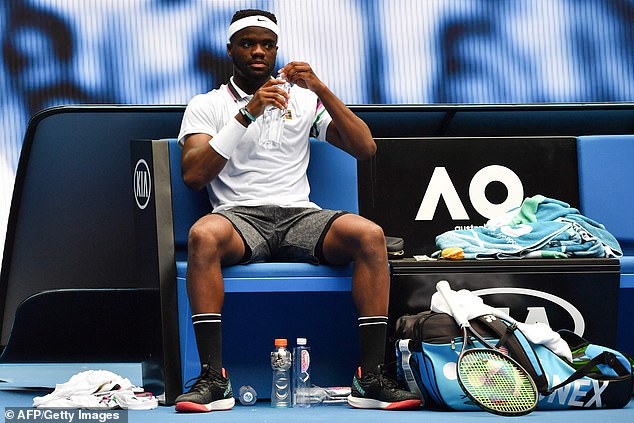 It certainly seemed to work for Tiafoe, as he overcame Dimitrov in their last 16 clash, although he was dispatched by Rafa Nadal in the quarter finals.

Tiafoe is not the only tennis player to have used pickle juice in Melbourne – Daniil Medvedev was seen drinking it during his defeat to Novak Djokovic.

Australian player John Millman was asked about pickle juice while on commentary in Melbourne – he said ‘it helps the cramps’ but that it tasted ‘terrible’.

Its use has also spread to cricket, with India batsman Cheteshwar Pujara being fed the sodium-packed fluid after going down with cramp during a marathon innings in their Test series against Australia.

How ‘light’ and ‘low fat’ foods thought to be healthier can...