Snapchat may be developing its own gaming platform under secretive ‘Project Cognac,’ report claims

By Annie Palmer For Dailymail.com

Snapchat could soon start serving up interactive games in between photos and videos of your friends.

The social media platform is expected to launch a new integrated gaming service as soon as next month, according to Cheddar.

It has been working to develop the offering as part of a secretive effort called ‘Project Cognac.’

Snapchat could soon start serving up interactive games in the app. The social media platform is expected to launch a new integrated gaming service as soon as next month

Snapchat will reportedly unveil the service at its first-ever Partner Summit, which showcases work by its content and developer partners, in Los Angeles on April 4th.

The company is also expected to debut new original content and other video offerings at the event.

An invitation to the event alluded to some kind of gaming service with a tagline that said ‘Less talk. More Play,’ Cheddar reported.

The firm signaled an interest in gaming when it bought out gaming studio Prettygreat earlier this year, according to CNET.

An employee at the studio is largely credited as the creator of wildly popular mobile games like Fruit Ninja and Jetpack Joyride. 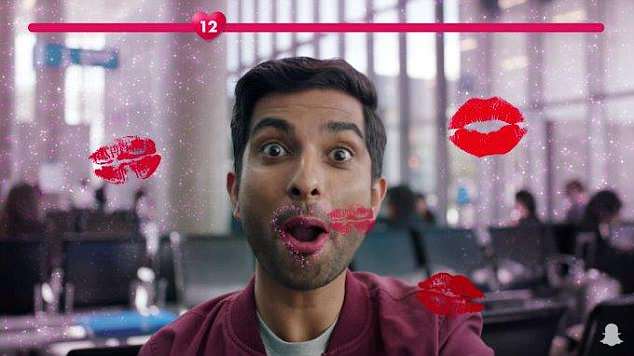 Last year, the firm launched ‘Snappables,’ which are short augmented reality games that users can play in the app. Users can play against their friends in various challenges and scenarios

The Information had also reported that Snapchat had a gaming platform in the works.

The report noted that the games will be made by outside developers, but hosted on the chat app.

Snapchat has showed an interest in games with its AR games.

Last year, the firm launched ‘Snappables,’ which are short augmented reality games that users can play in the app.

The feature lets you play with your friends in a variety of point scoring challenges and multiplayer scenarios, including fighting aliens or playing basketball.

Some, including the rock band and dance party Lenses, will allow you to invite friends to join the fun.

The same goes for the playable Snappables, which let you share your high scores as Snaps, encouraging your friends to have a go too.

WHAT HAS SNAPCHAT INTRODUCED IN THE LAST SIX MONTHS?

Snapchat has introduced several major new features in the last six months to increase its popularity,  including: