By Calum Muirhead At Proactive Investors For Thisismoney

Naked Wines, formerly known as Majestic, suffered a hangover this week after news that its well-regarded chief executive will be leaving the firm sent the stock down to a six-month low.

Rowan Gormley announced that he will step down after the busy Christmas season and once the company completes a £95million sale of its store estate.

Gormley is a South African entrepreneur who founded Naked and took over as head of Majestic when it acquired the group in 2015.

Moving on: Rowan Gormley announced that he will step down from Naked Wines

While the CEO was the one who originally proposed the sale of the bricks-and-mortar arm of the business, he says the now online-only offering requires ‘different skills’ to operate, although he will remain with the firm as a shareholder.

The decision to sell off the company’s stores has been met with scepticism from some corners of the market, and worries will not have been eased by a trading update which showed that losses for the six months to 30 September have widened to £6.2million from £5.1million as a result of what Naked says is ‘disruption’ from the disposal.

It also seems that many shareholders would have preferred that Gormley had stuck around to see through the transformation he instigated, with Naked’s shares down 13 per cent in the week at 223p.

Another heavy faller in the week was computer chip maker IQE, which plunged 31 per cent to 46p as it slashed its revenue forecasts and warned it would report a loss for its current year.

The firm, which supplies chips to companies such as Apple, has been hit by tensions arising from the ongoing trade war between China and the US.

Oiler PetroTal sank 10 per cent to 21p after revealing that its cash reserves were not as large as it had previously indicated.

In a third-quarter update, the group reported a cash balance of $20.5million and not roughly $40million as stated in a stock market announcement on 21 October. 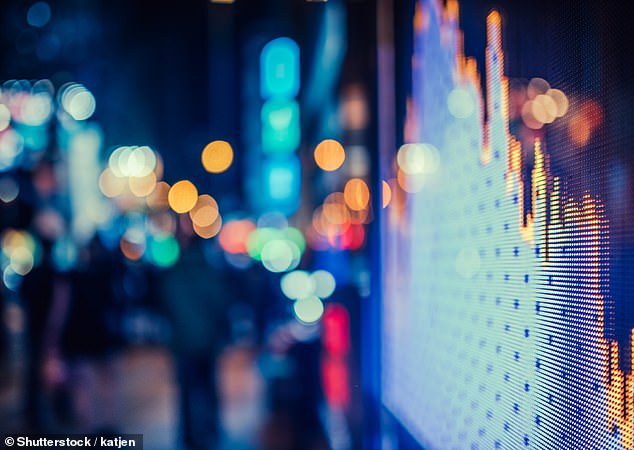 The loss of an income stream drove shares in Plutus PowerGen down 3 per cent to 0.17p after the energy generation specialist said it is no longer receiving management fees from a contract with Devon-based Attune Energy, leaving it with very little cash.

In the mining sector, Richland Resources was underground, falling 13 per cent to 0.08p, after it once again extended the longstop date to complete the sale of its Capricorn Sapphire project in Queensland, Australia.

Meanwhile, pharma firm Verseon looked sickly after its plans to delist from the AIM market sent the shares crashing 75 per cent to 1.6p.

In the risers, posh mixer maker Fevertree fizzed 12 per cent higher to 2,070p as investors overlooked weakness in its UK market in favour of strong growth across the US and Europe.

A warning that revenues for its current year will be lower than expected also failed to dampen investor enthusiasm.

The acquisition of the privacy specialist will bring more than 1 million customers, effectively doubling Kape’s client base.

There was more acquisition news form internet domain specialist CentralNic, which zipped 22 per cent higher to 58p after it bought German group Team internet for $45million.

Minerals processor Tri-Star jumped 23 per cent to 40p after producing 99.65 per cent commercial grade antinomy metal at its processing facility in Oman, a major milestone for the group.

Finally, risk management software firm Brady rose 48 per cent to 18p after one of its major investors, private equity group Hanover, took a controlling stake in the firm following a £15million cash offer.

Ethereum Holders At All-Time Highs Despite Signs of Price Slump

New ‘pricehack’ feature can save customers up to 50% off their...