Sky make hilarious gaffe as they send reporter to the stands to talk to the favourite for the Huddersfield job Jan Siewert but it wasn’t him!

Sky Sports sent a reporter into the stands of the John Smith’s Stadium during Huddersfield’s 3-0 defeat to Manchester City thinking it was the bookies favourite to be the new Terriers boss, Jan Siewert.

But it turned out, Sky embarrassingly got the wrong man.

Siewert is the Borussia Dortmund second team manager and Sportsmail understands he is in advanced talks with the bottom-of-the-table club. 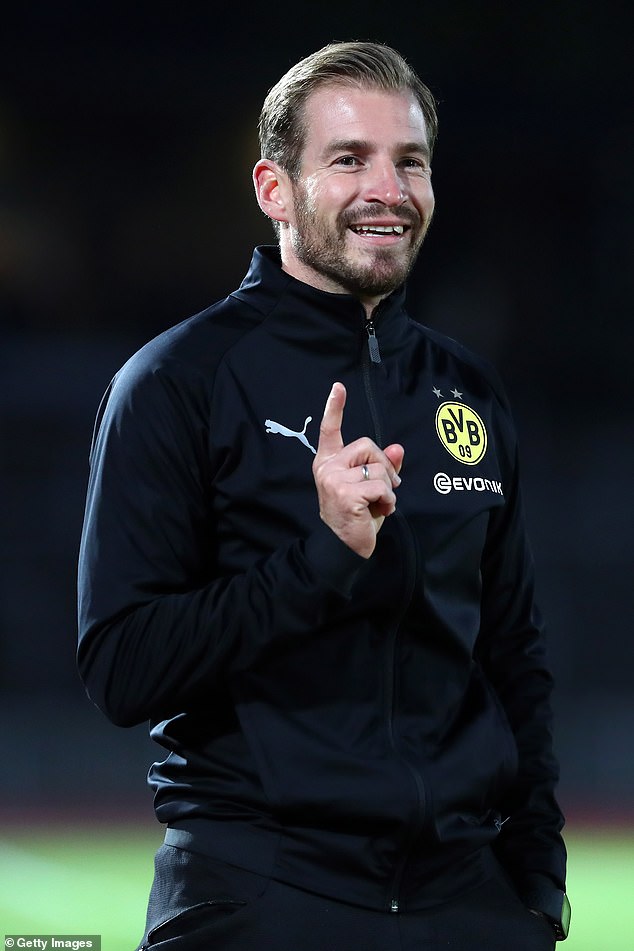 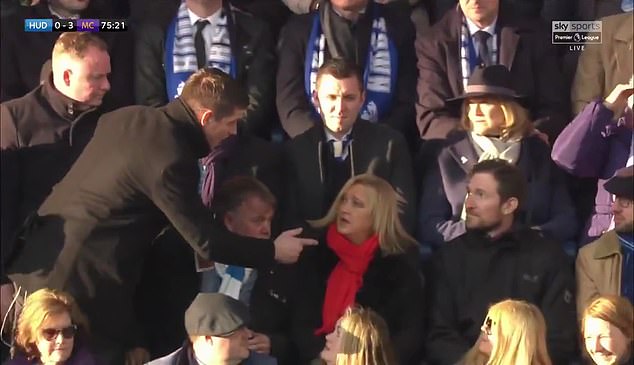 Sky Sports reporter Patrick Davison approached, who he thought was Siewert, in the stands

People on social media took the opportunity to take the mick out of the broadcasting company.

One person said: ‘Big fan of the main in the crowd saying he’s not Jan Siewert when he clearly is. Top banter. Manager of the Month already.’

Another person blamed it on Sky Sports pundit and commentator Gary Neville while another thought the random stranger had missed a trick. 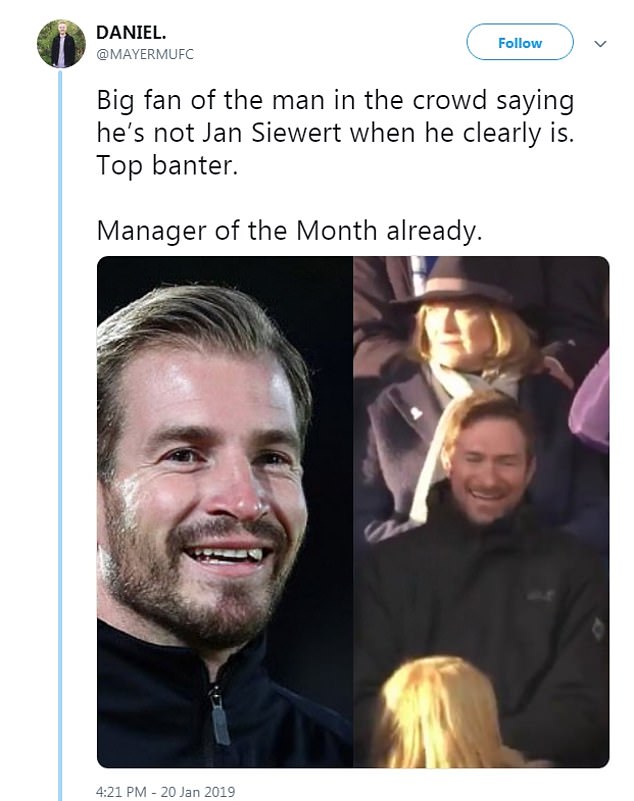 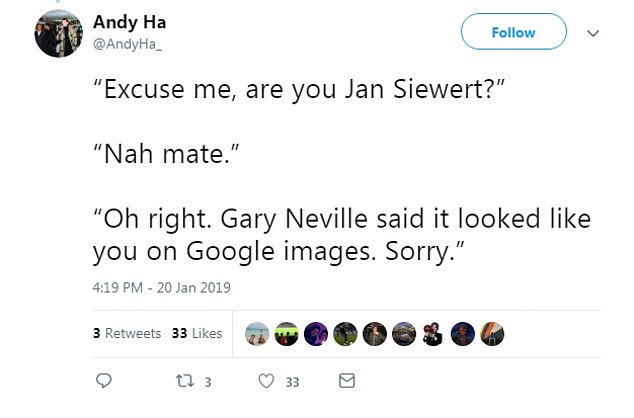 Negotiations are ongoing but there is a belief a deal can be struck that would see Siewert, 36, join on a long-term deal, staying even in the event of relegation.

Mark Hudson took charge of the Terriers defeat on Sunday in which Danilo, Raheem Sterling and Leroy Sane all scored.

Huddersfield are now staring down the barrel of relegation as they sit 10 points off safety. 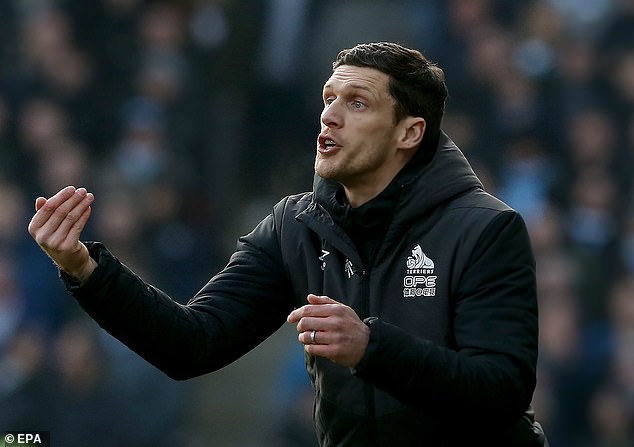 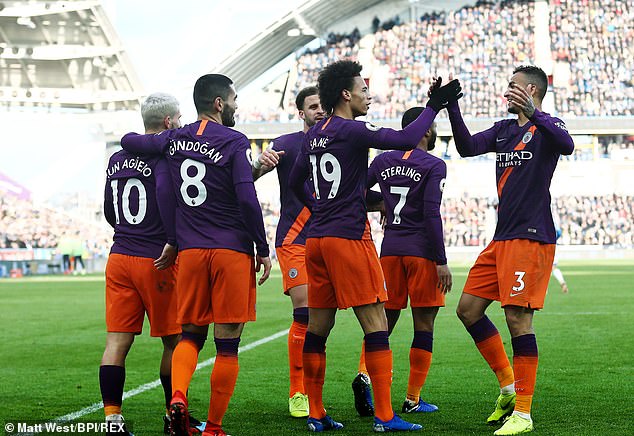 Danilo, Raheem Sterling and Leroy Sane all scored for Pep Guardiola’s side to earn three points