With a net worth of about £136 billion, Elon Musk was this month crowned the richest man on the planet.

It has been a dramatic rise to the top for Musk, with his wealth increasing fivefold in 2020, finally pushing Amazon boss Jeff Bezos, who had held the title since 2017, into second place.

The Tesla founder is one of a new breed of technology billionaires who dominate the rich list.

And as they have grown richer, so have the investors who backed them. So should you follow the world’s richest people to grow your own wealth?

Thumbs up: With a net worth of about £136bn, Elon Musk (pictured) is the richest man on the planet

America’s rich list has changed dramatically over the past century, as oil and cars gave way to the internet boom.

Companies such as Facebook, Uber and Microsoft joined the stock market, turning their founders into multi-billionaires.

The term ‘unicorn’ is now used to describe a start-up company valued at more than $1 billion. But the phenomenon hasn’t been confined to the U.S.

In China, former English teacher Jack Ma has become one of the country’s richest citizens after founding Alibaba — China’s answer to Amazon. 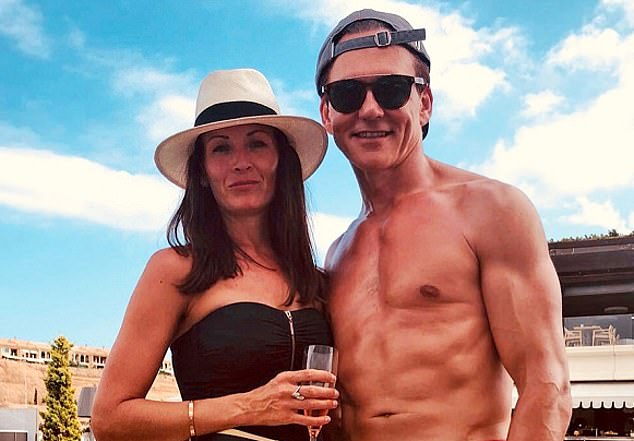 The Hut Group’s IPO (initial public offering) was the biggest stock market debut in London for seven years, valuing it at £4.5 billion.

The launch reportedly made millionaires of dozens of employees who had been given shares as a reward for their loyalty.

Compared with their predecessors, today’s technology moguls are far more likely to take their companies ‘public’ on the stock market.

In theory, that’s good for all of us, not least because it means their profits can be shared with everyday investors (including pension funds) rather than only a lucky few.

These unicorns often generate much excitement among investors, many of whom like the idea of backing a company run by a visionary founder.

‘The upside of a company run by a large shareholder is that their interests are in theory aligned with those of the private investor,’ says Russ Mould, of investment platform AJ Bell.

‘Everyone wants the company to do well and the shares to gain in value or even pay dividends.’

But having the firm’s fortunes riding on one person comes with risks, too. Elon Musk, in particular, has made headlines with his occasionally erratic behaviour – including his infamous remark that Tesla was ‘overvalued’.

When Musk made the comment on social media in May last year, Tesla’s share price tumbled by 10 per cent as investors pulled billions from the company. 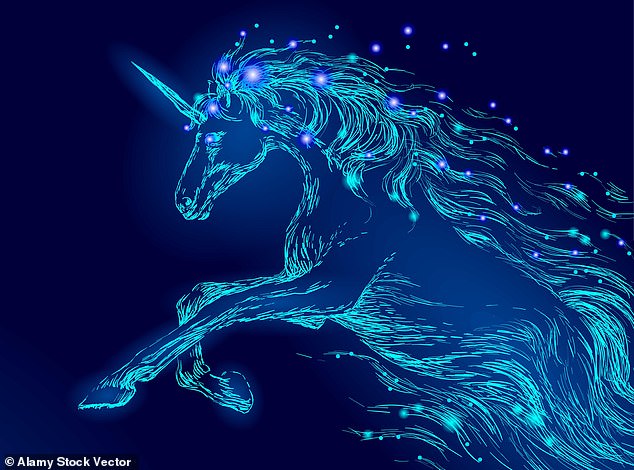 Tech legends: The term ‘unicorn’ is used to describe a start-up company valued at more than $1 billion

Some investors also worry about the corporate structures of unicorns, which often place enormous amounts of executive power in the hands of their founders.

Facebook, for example, uses a ‘dual-class’ share structure, which means that public investors have less voting power than company insiders.

‘These structures raise the risk of entrepreneurs treating firms as private piggy banks, or taking decisions which suit themselves in the short term but not everyone in the long term,’ says Mr Mould. 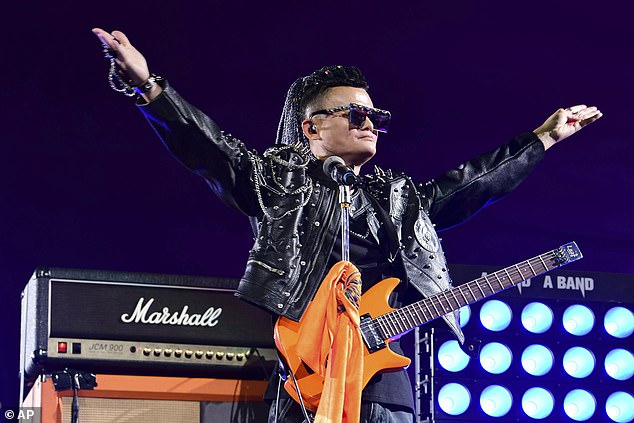 Ultimately, though, those concerns haven’t prevented unicorn shares from soaring in value — making them a tempting prospect for investors.

The likes of Amazon and Tesla have rocketed in value over the past year. And shares in Manchester-based The Hut Group have risen by 30 per cent in four months.

But Graham Campbell, from Saracen Fund Managers, says investors shouldn’t assume these trends will continue for ever.

He says: ‘It is understandable that fast-growing companies achieve high valuations – but it is much harder for big companies to grow at the same rate.’

Mr Mould adds that investors looking to ‘back the billionaires’ should first ask themselves four questions: ‘Do I understand the business? Does it have a strong competitive position? Does management have integrity? And do the shares come at a sensible valuation?

‘If the answer is ‘yes’, then the shares may be right for you, providing they fit with your time horizon and risk appetite.’

Buying shares in any company is considered a higher-risk investment and should always be part of a balanced portfolio.

This is particularly true for Tesla, whose staggering 700 per cent rise has baffled many market-watchers.

Most experienced investors would be extremely nervous about holding more than 5 per cent of their money in any one company.

If you do decide to invest in the technology billionaires, it’s worth checking that you don’t already hold their shares — particularly if you own equity funds.

More than 20 per cent of the Scottish Mortgage Investment Trust is invested in Tesla, Amazon and Alibaba.

And it’s a similar story with Baillie Gifford’s American Fund — the most popular fund for UK investors last year — which would have turned the same investment into £59,000.

For more cautious investors, these funds might provide a better way to back the likes of Elon Musk without risking too much.

Inside abandoned ghost town covered in ice and snow after residents...

Manchester United produced ‘one of their bravest performances’ at Chelsea, insists...

Carlos Ghosn resigns as boss of Renault after being arrested for...

‘I’m not an auditor by nature’, admits boss of scandal-hit auditor...