The dark clouds scudded in over the Pennines and, when the players walked out on to the pitch at Bramall Lane, the rain swirled in autumn squalls around them and made them hunch against the wind. But Liverpool did not care. They are living in golden times. It feels as if they are playing in endless summer.

This was their seventh straight victory of an unblemished Premier League season and they have now won 16 league games in a row. The last time they did not win a game in the competition was on March 3, when they drew 0-0 against Everton at Goodison Park. They are marching on and on.

They were not at their best yesterday. Even their manager Jurgen Klopp admitted that Sheffield United deserved a draw. But they dug in and they grafted and they hung in there and they blocked out the roars and imprecations of the home fans. And they kept the scores level long enough for an outrageous slice of luck to present them with victory. 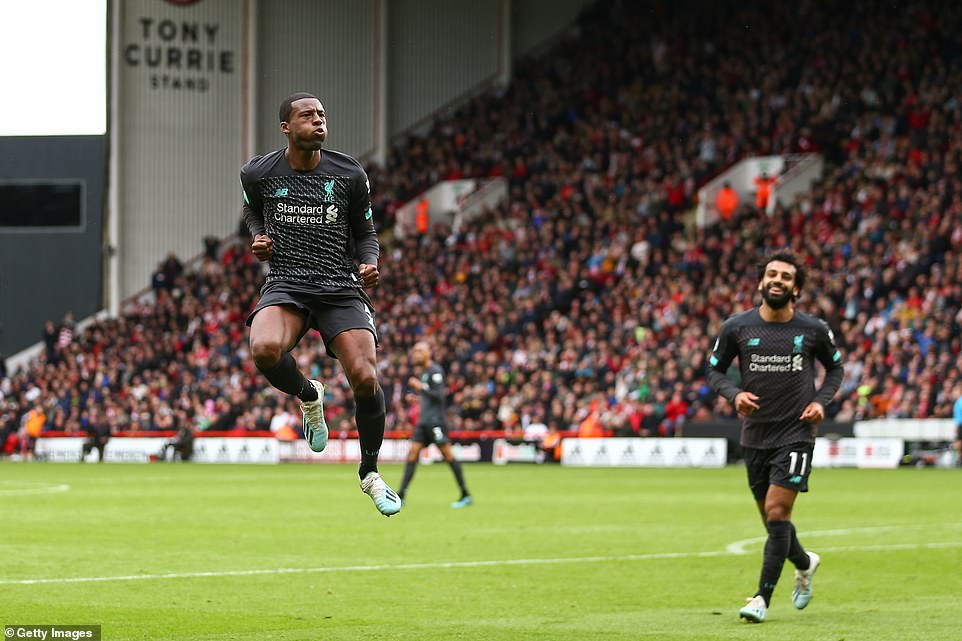 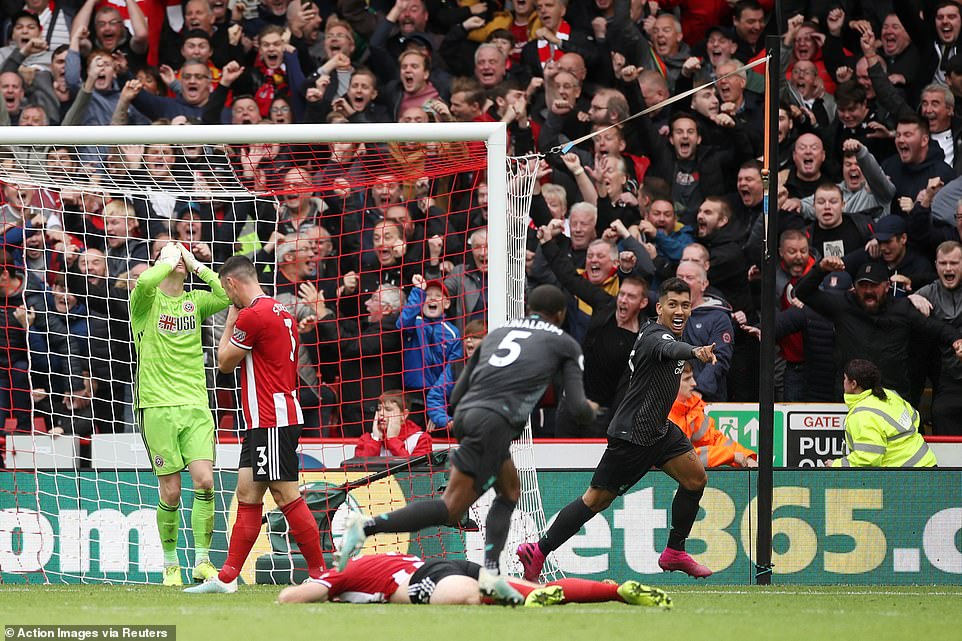 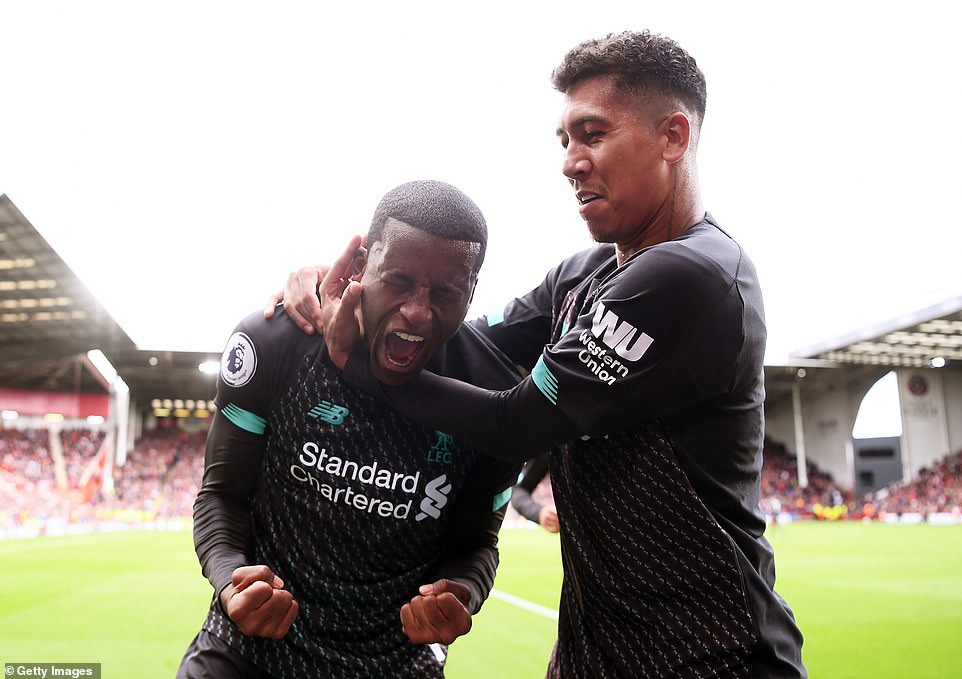 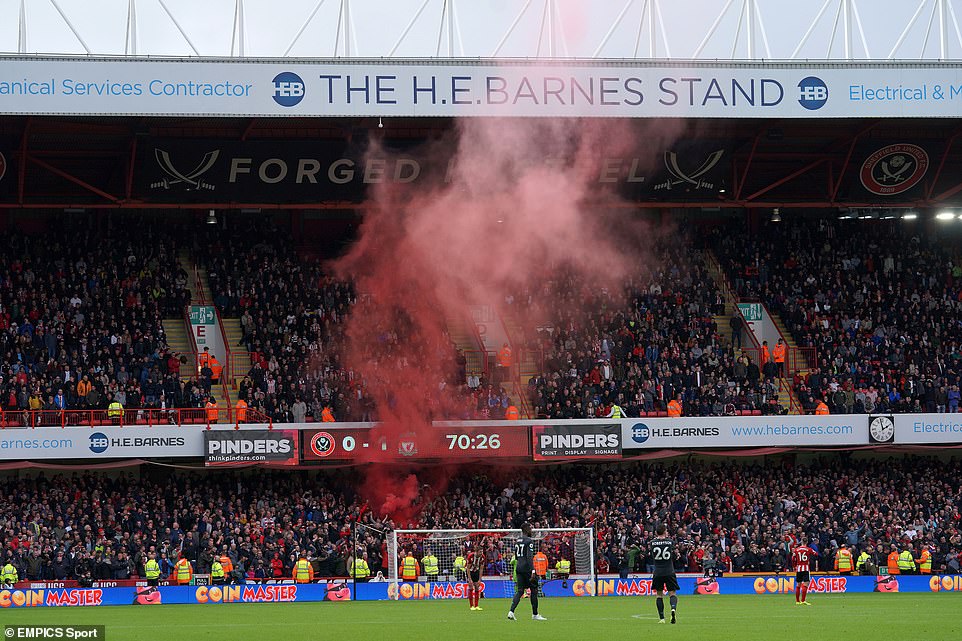 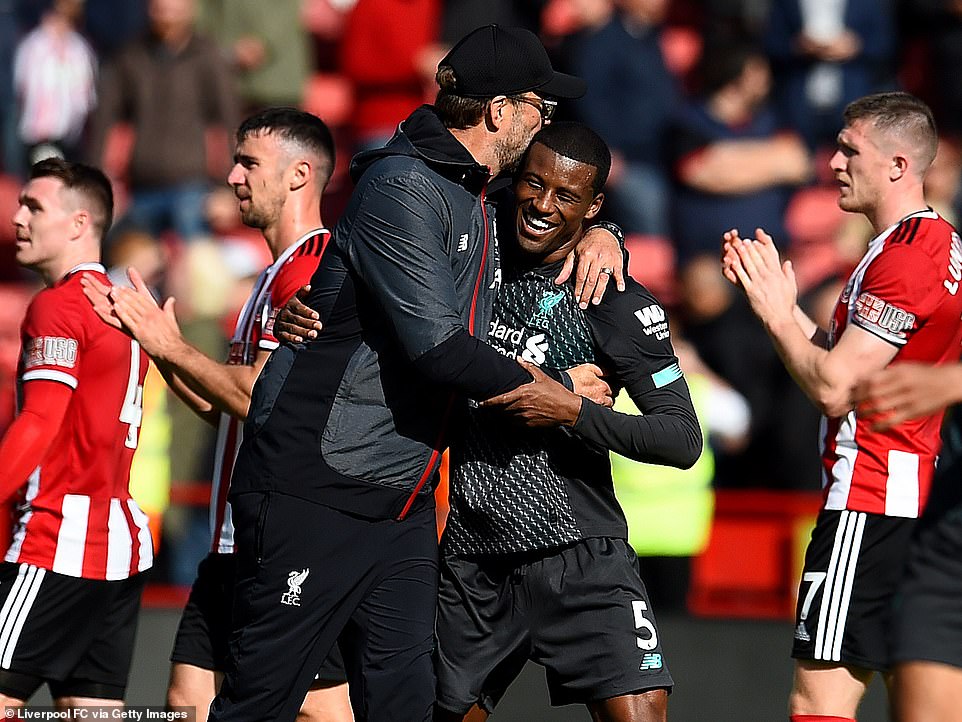 Man of the Match: Fleck

It came in the 70th minute when Dean Henderson, Sheffield United’s goalkeeper, who is on loan from Manchester United and had performed flawlessly until that point, allowed a volley from Gini Wijnaldum to squirm through his hands and roll slowly over the line. It took Klopp’s team, temporarily at least, eight points clear at the top of the table. ‘Winning on the cloudy days is especially valuable,’ the Liverpool boss said.

His opposite number, Chris Wilder, was understandably downcast. Sheffield United played some fine football and carved out two clear chances that they could not convert. Wilder said: ‘We had a glorious, golden opportunity to put a marker down that we are in this division to compete and win big games and we have let that slip through our fingers.’

Liverpool had come into the game facing the threat of a fine or expulsion from the Carabao Cup for fielding a player, Pedro Chirivella, against MK Dons in midweek who may not have had international clearance to play in the competition.

Their league rivals will hope the EFL, as seems likely, show Liverpool mercy and allow them to continue in the cup. The last thing any of Liverpool’s challengers need is for them to be freed up to concentrate their resources even more on the Premier League.

Liverpool started the game slowly. By the recent standards of the two title chasers anyway. It was pointed out to one journalist, who arrived late after a mix-up at the gate, that he would have missed five goals if it had been Manchester City-Watford last week. This was an altogether different encounter. These Blades are made of steel.

In the opening exchanges, Wilder’s side gave as good as they got and, midway through the half, they forged the first decent chance. John Fleck, the game’s outstanding player, threaded a neat ball out to Callum Robinson on the right side of the Liverpool box and Robinson drove a fierce shot across Adrian but just wide of the far post. 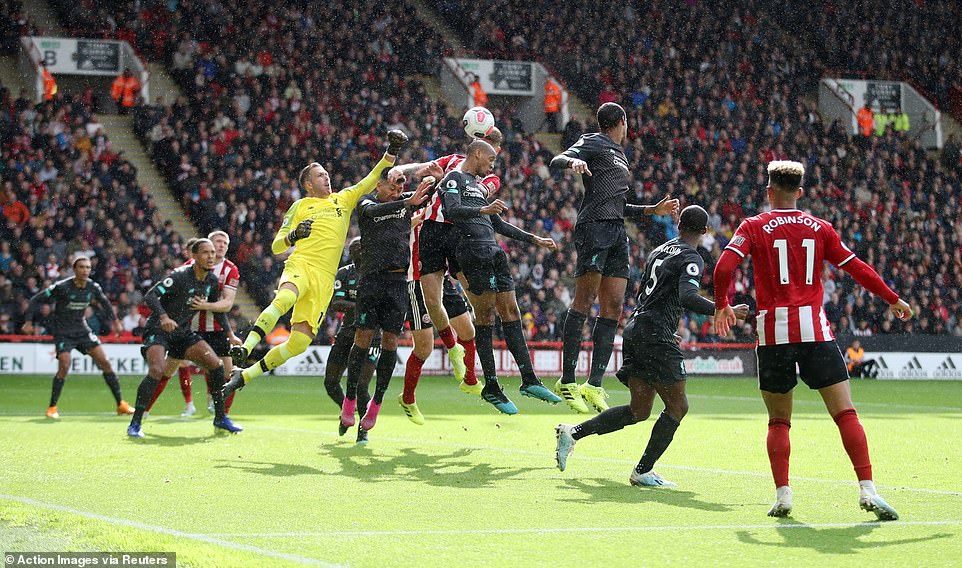 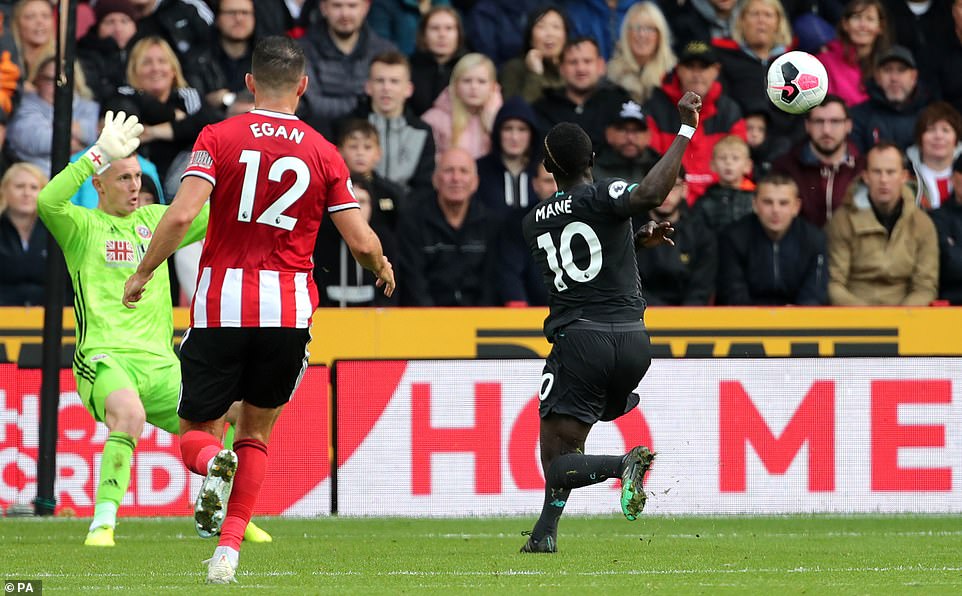 The best opportunity in the first half fell to Sadio Mane, after a long ball over the top from team-mate Virgil van Dijk 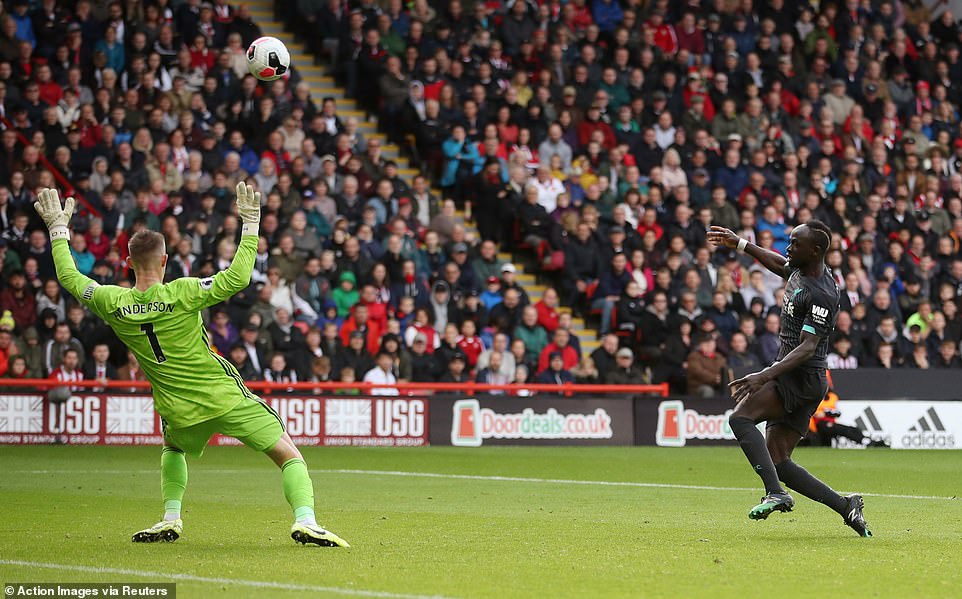 Gradually, Liverpool began to become more threatening, especially on the break, especially when any Sheffield United mistake gave them the hint of an opportunity. The home team defended superbly for the most part but, when Enda Stevens dithered for a split second in his own box, Mohamed Salah pounced in a flash and curled an instant left-foot shot just wide.

Ten minutes before half-time, Liverpool should have gone ahead. Virgil van Dijk, fresh from being named the best player in the world after Lionel Messi, lofted a simple ball over the top of the defence but it was so perfectly weighted and directed that it left Sadio Mane with a clear run on goal. The stadium tensed in anticipation but Mane sliced it horribly high and wide with just Henderson to beat.

Mane missed another golden chance on the stroke of the interval. This time, Fleck let a ball from Stevens run under his foot just inside his own half and Salah broke at lightning speed. He pushed the ball on to Roberto Firmino on the edge of the box and Firmino moved it straight on to Mane. Once again, Mane had only Henderson to beat but once again he could not put Liverpool ahead. This time, his shot cannoned off the base of the post and was hacked away.

Energised by the arrival of substitute Lys Mousset early in the second half, Sheffield United started more strongly and Adrian had to fling himself to his right to push a dipping shot from Fleck, which bounced awkwardly just in front of him, round the post. 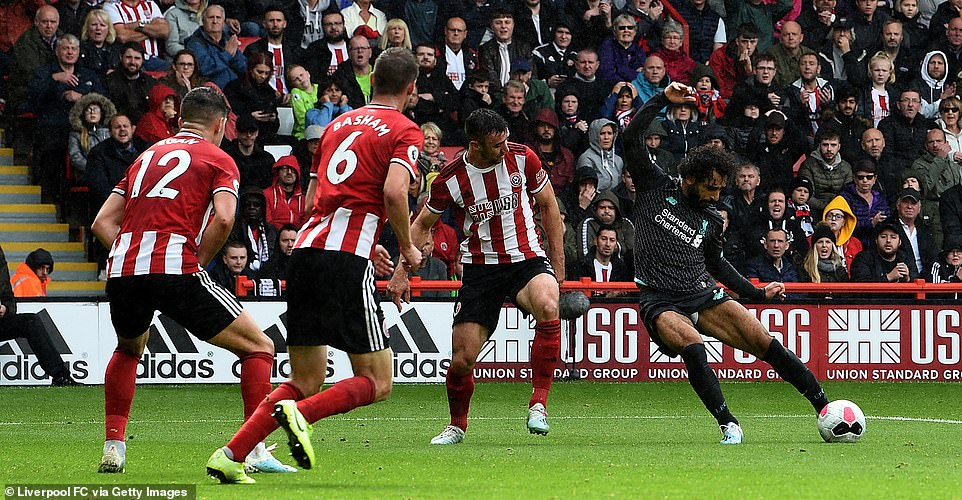 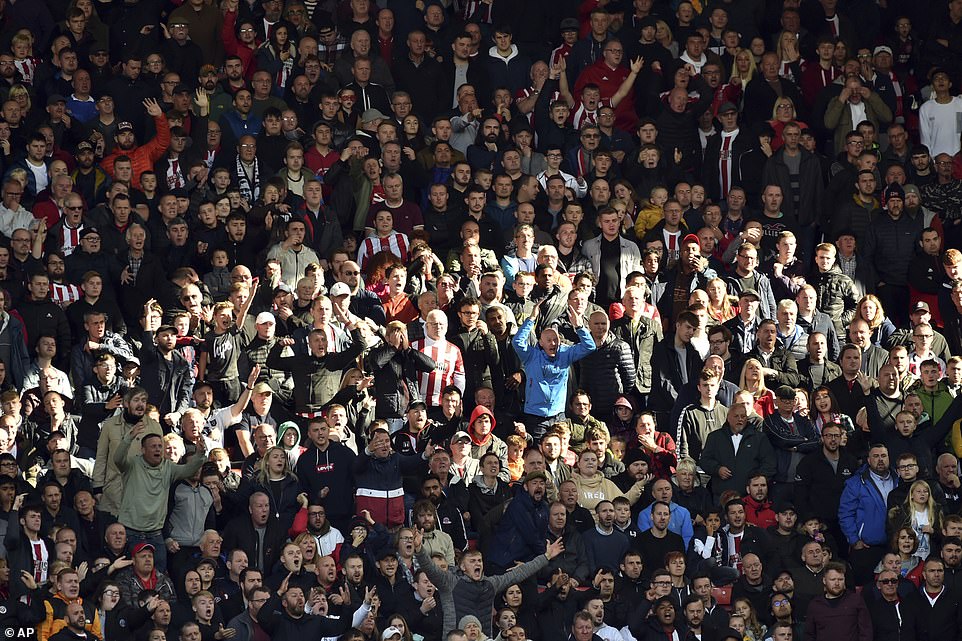 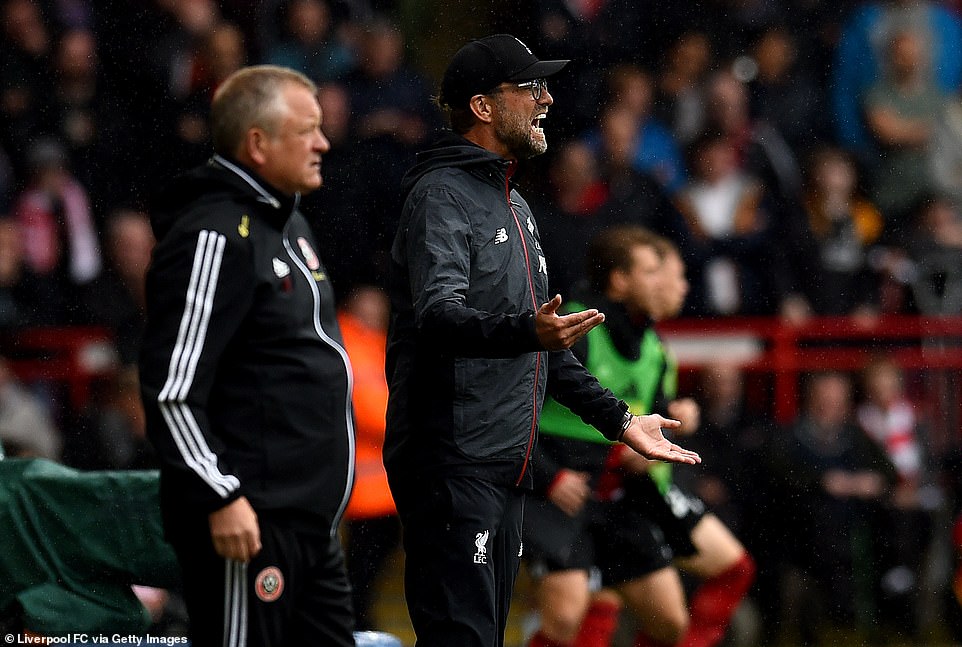 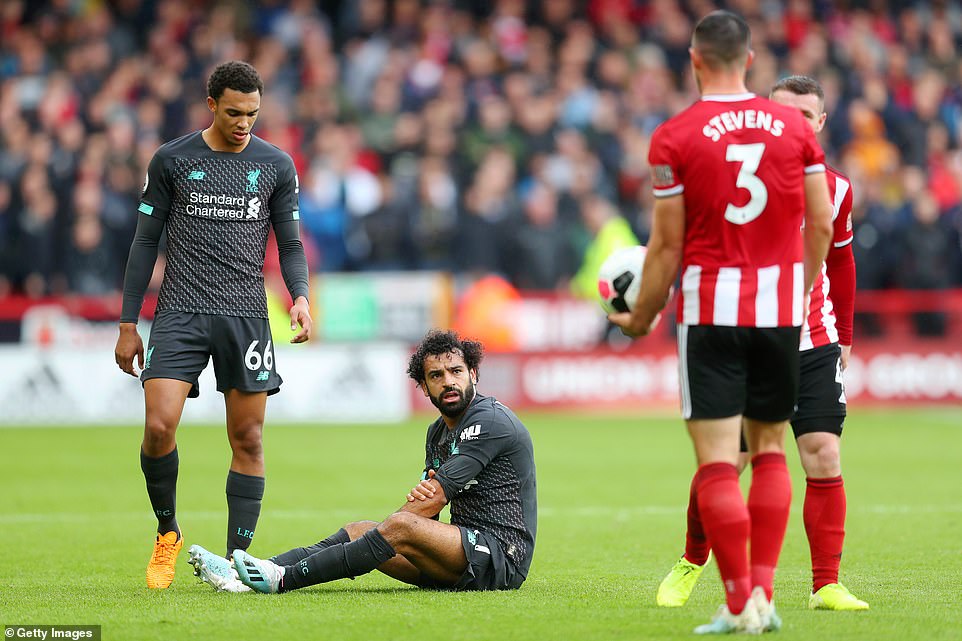 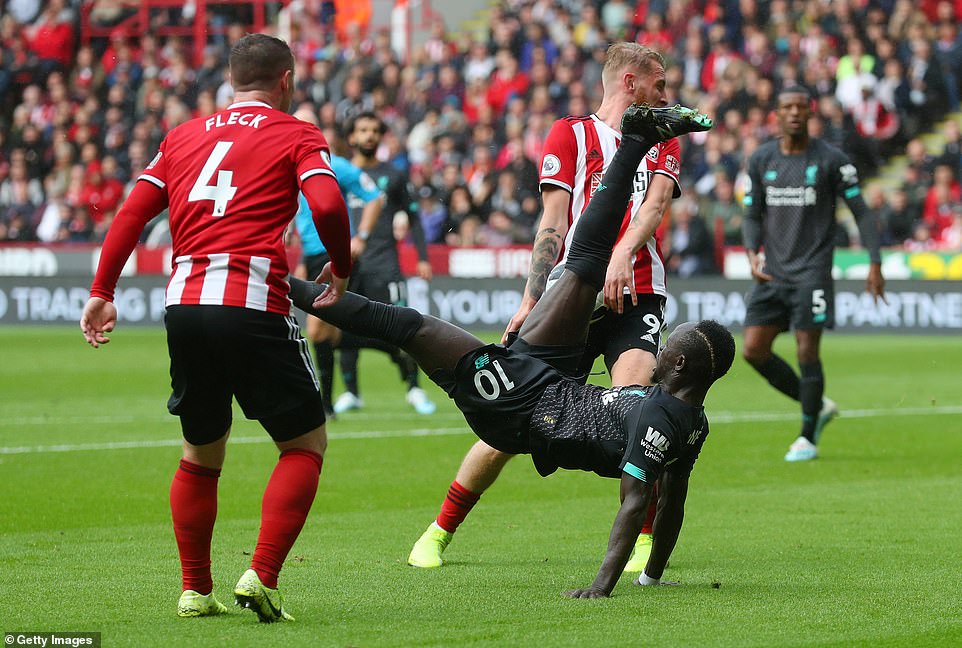 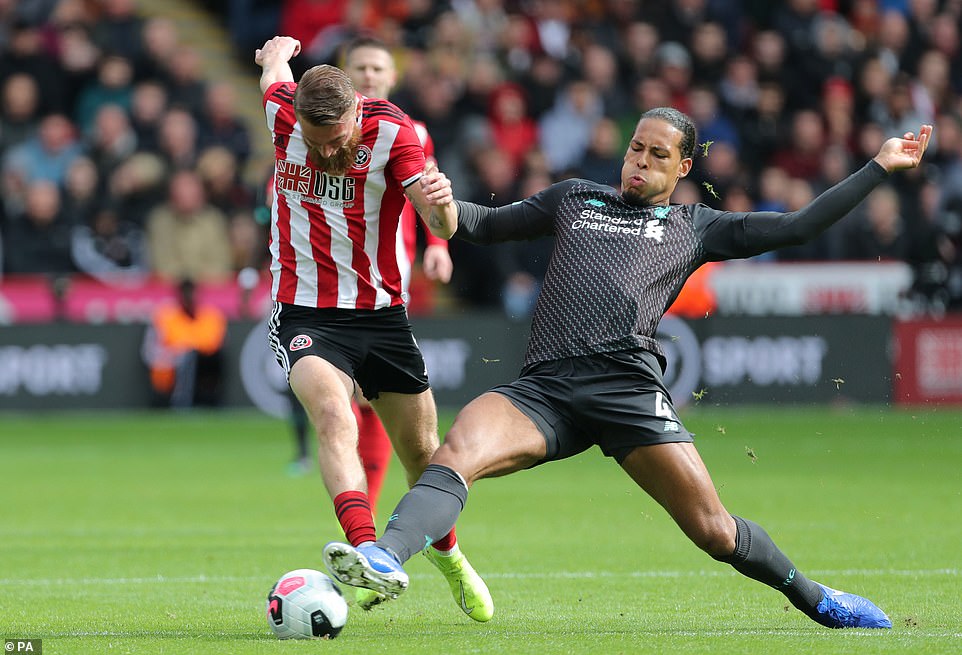 Fleck should have put his team ahead minutes later. They worked the ball superbly through midfield with a blitz of one-touch passes that gave the midfielder, who is the nephew of former Chelsea and Norwich striker Robert, space to advance. He wrong-footed Fabinho with a clever turn that seemed to leave him with only Adrian to beat but, as he shot, the flying form of Andy Robertson appeared stage left to block the ball as it hurtled goalwards.

Wilder’s team soon regretted their profligacy. A couple of minutes later, a cross from Liverpool substitute Divock Origi was only half-cleared. A looping defensive header sent the ball to the edge of the box and Wijnaldum struck it, hard and true, towards goal on the volley.

It was a good attempt but straight at Henderson but the goalkeeper allowed it to squirm through his grasp and it rolled agonisingly slowly across the line. Henderson made a form of amends when Salah burst through on goal 13 minutes from time.

Henderson stood up as long as he could and, when Salah tried to slide the ball past him instead of squaring it to the onrushing Firmino, Henderson stuck out a foot and deflected the ball over the bar.

Five minutes from the end, a fairy-tale nearly materialised. When Stevens curled in a pass from the left, substitute Leon Clarke, who was making his Premier League debut at the age of the 34, got ahead of his marker and lunged at the ball from six yards out. He made a good connection but he could not control it and it flew over the bar.

The rain had gone, the sun was shining. Liverpool’s endless summer goes on. 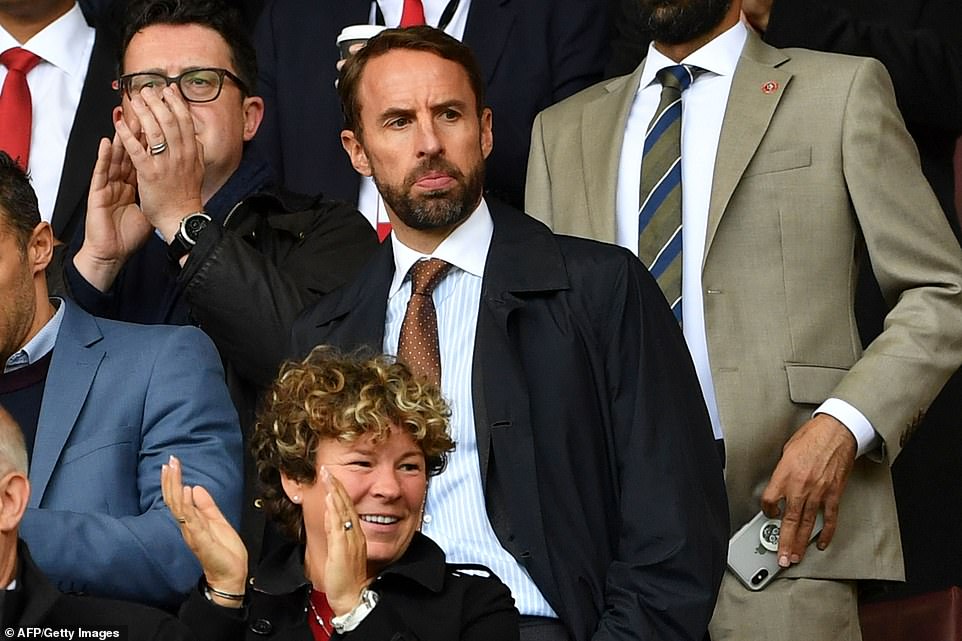