Shares in Topps Tiles are up over 11 per cent after the group posted its latest trading update.

In the 13 weeks to September, the group’s sales rose by 1.2 per cent, which the firm attributed to its ‘outperformance’ of the market and ongoing turnaround strategy.

The group now expects its adjusted pre-tax profits for the year to be slightly ahead of the top end of the current range of market expectations, which stand between £14.6million and £15.2million. 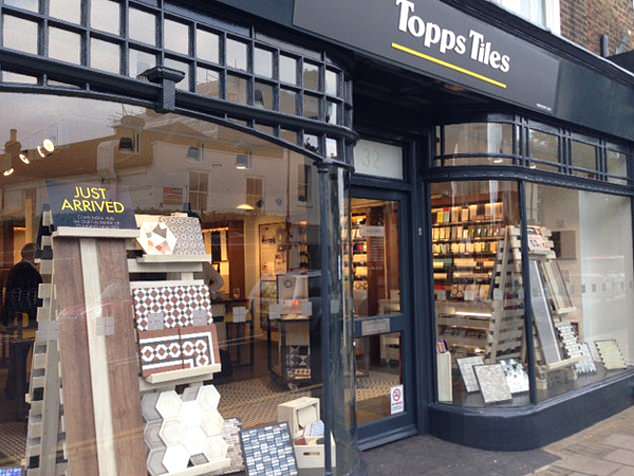 Update: Shares in Topps Tiles are up over 11 per cent after the group posted its latest trading update

Adjusted revenues for the year are expected to be in the region of £215million, up from last year’s figure of £211.8million.

Like-for-like revenues in the 52-week period to the end of September were flat.

The performance of Topps Tiles often serves as a barometer of people’s willingness to spend on big-ticket items, such as kitchens and bathrooms.

The company’s latest update comes after a turbulent year which saw half-year profits tumble by nearly a third after the Beast from the East and the timing of Easter hit sales.

Matthew Williams, chief executive of Topps Tiles, said: ‘I am pleased to report an improvement in trading over the final quarter which has enabled the group to post a full-year sales result which is slightly ahead of the top end of market expectations and which represents an outperformance of the overall tile market.’ 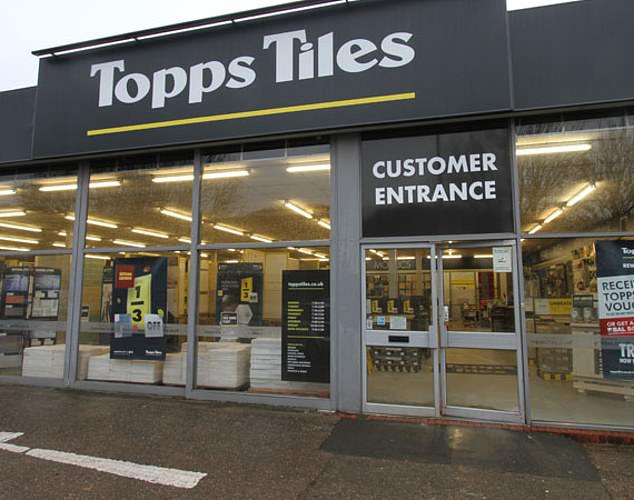 Crucial: The performance of Topps Tiles often serves as a barometer of people’s willingness to spend on big-ticket items

He added: ‘Our core Topps Tiles business is a well-invested, cash-generative market leader with a proven strategy, and we continue to make good progress with our expansion into the commercial segment of the UK tile market which will be an important source of future growth for the group.’

Looking ahead, Topps Tiles said ‘the uncertainty in the UK economic outlook means we remain cautious and will be maintaining our focus on our industry leading gross margins, tight cost control and strong underlying cash generation.’

Commenting on the group’s update, John Stevenson, an analyst at Peel Hunt, said: ‘The key question is whether this is a one-off boost from catch-up spending as consumers switch back to home, or whether the sales recovery will drive improved performance over autumn.

He added: ‘We have taken a cautious view on future estimates, limiting upgrades, but gain confidence from the shift in momentum.’

Ferrari reveals the 211mph F8 Tributo – its latest car that...