Skipper Greig Laidlaw has told Scotland to forget about this year’s World Cup and focus on the here and now of the Guinness Six Nations.

The countdown is on to this year’s finals in Japan, which for Gregor Townsend’s team will kick-off against Ireland in Yokohama on September 22.

But before that, there is the not-so-insignificant matter of this year’s Championship and Laidlaw is insistent that the Dark Blues do not dilute their chances by looking too far ahead. 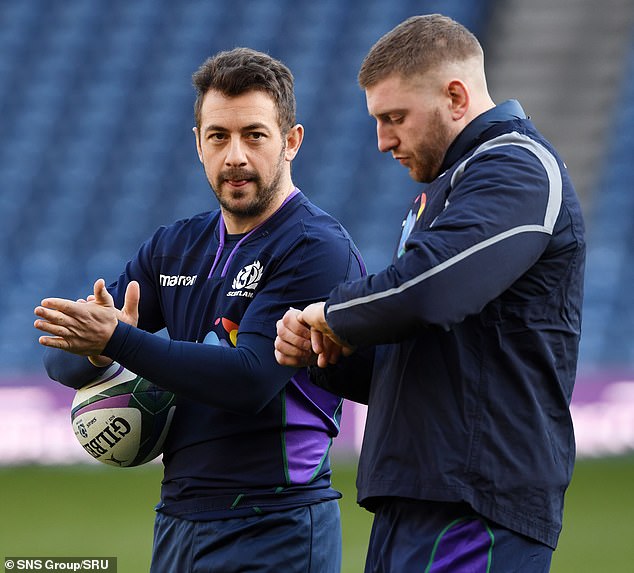 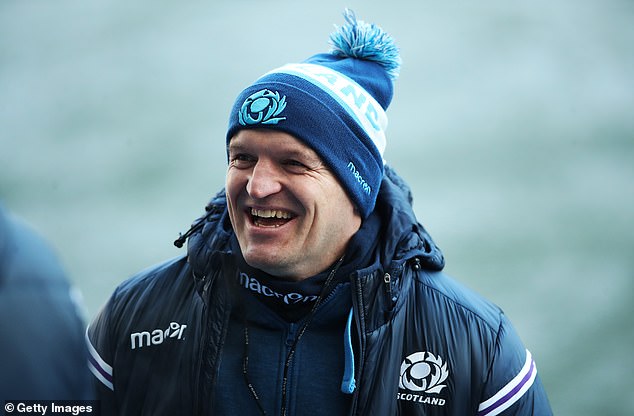 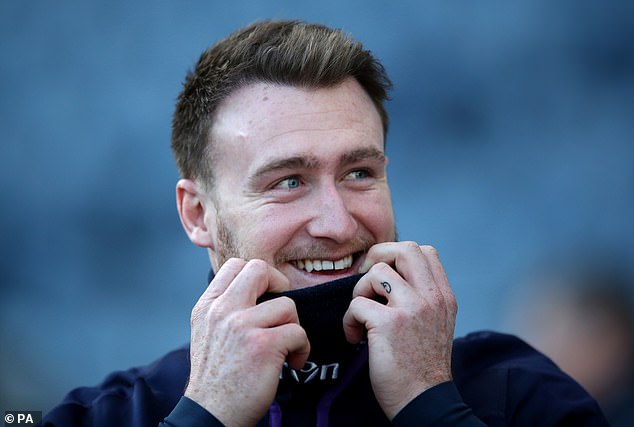 Italy are first up at Murrayfield for the Scots and their captain is well aware of the cautionary tales that surround the annual clash with the Azzurri.

Conor O’Shea’s team may have suffered 17 straight defeats in the Six Nations but their last win was achieved in Edinburgh in 2015 and they came close to ending that miserable streak in the final game of last year’s edition before Laidlaw snatched victory with a last-gasp penalty in Rome.

Asked if there was any added significance to this year’s tournament with the World Cup looming on the horizon, the Clermont Augverne scrum-half said: ‘None from a player’s point of view.

‘We want to be a successful team and we want to be successful in the Six Nations. It’s such a long time to the World Cup so as a playing group, we can’t look at that. 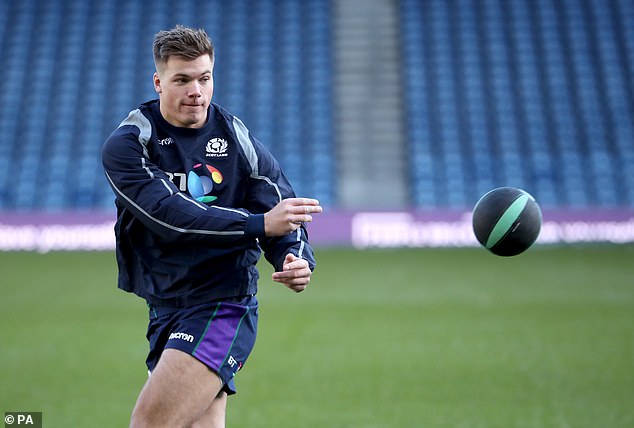 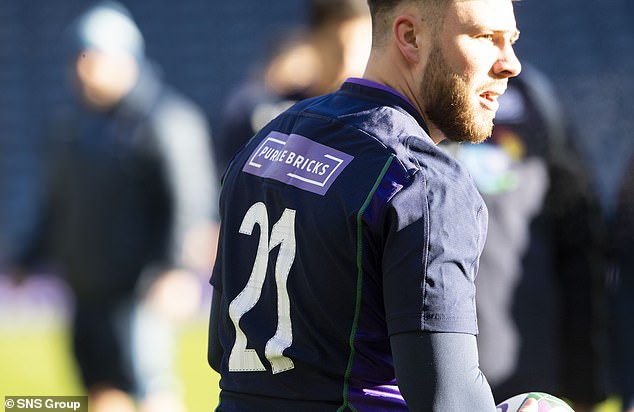 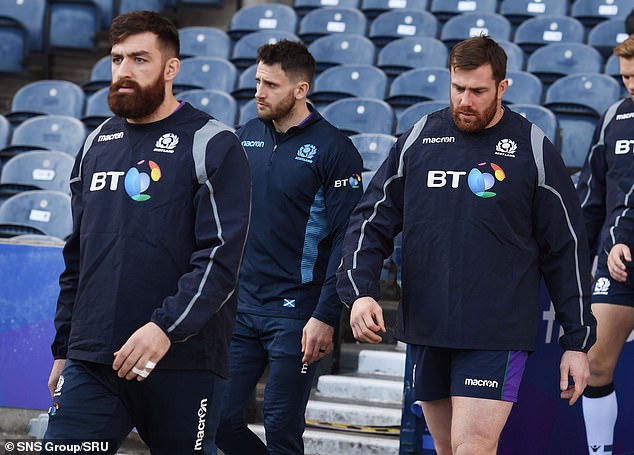 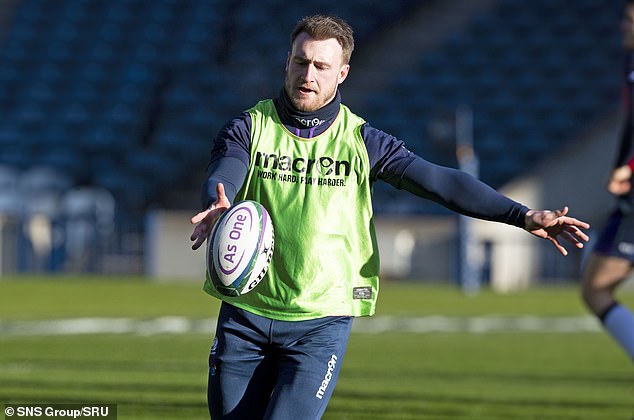 ‘That’ll be more the coaches looking ahead and planning.

‘We’ve spoken about our group. We want to do well in this competition and it starts tomorrow afternoon.

‘We’ll always respect the opposition and we do with Italy. The last time we played them in Rome we should have been beaten but it’s up to us to hold our standards and we’re confident we can take anyone on at home.’

Scotland’s resurgence has been built on the foundations of a solid home record at Murrayfield.

Some of the shine was taken off their recent form in the capital by November’s defeat to South Africa but with three home Tests to come in this year’s competition, Laidlaw is confident his team can extend a run that has produced 10 wins out of 12 in Edinburgh. 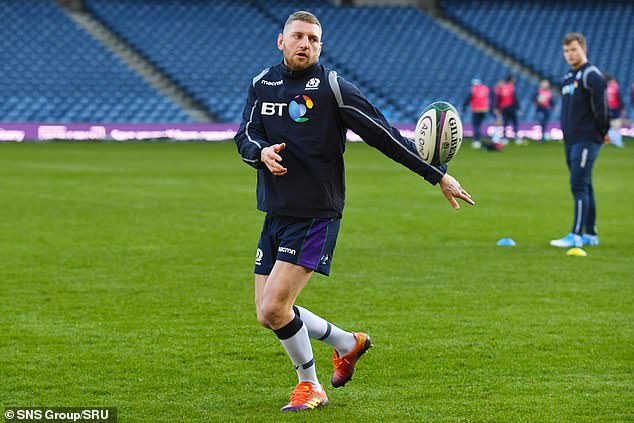 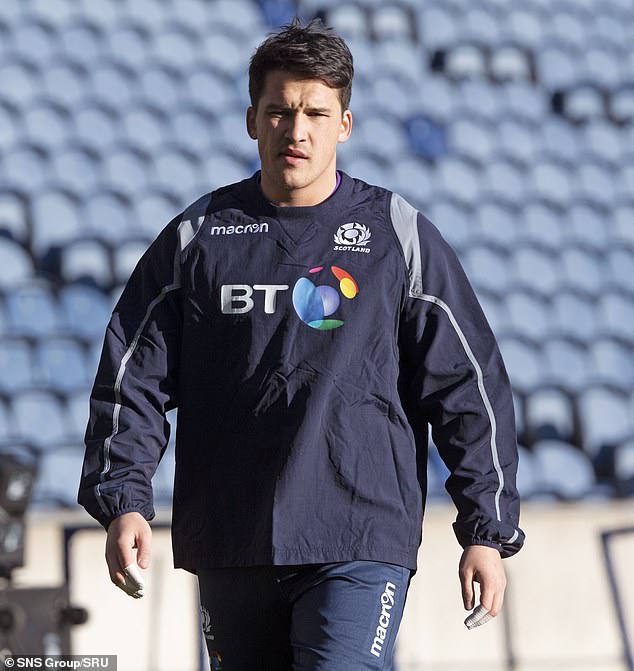 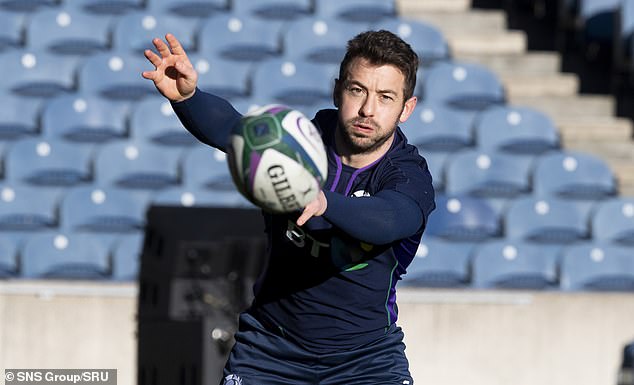 He said: ‘The confidence we get from playing at home is still there because the Springboks match was a game we certainly could have won against a very good team.

‘We’re really proud of our record here and we want to build on it.

‘We don’t fear anyone playing here at BT Murrayfield.’

Laidlaw is set to come up against Italian captain Sergio Parisse for potentially the last time when they meet for the coin toss.

The Azzurri great will make a record 66th Six Nations appearance against the Scots but this is set to be his final campaign as he considers hanging up his boots after the World Cup.

But Laidlaw will not be offering the number eight any farewell gifts this weekend. 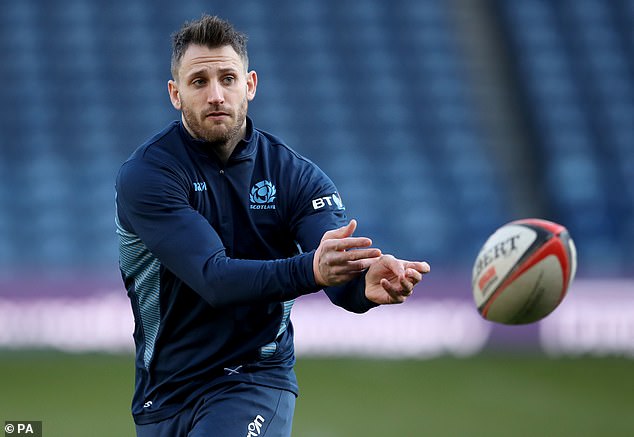 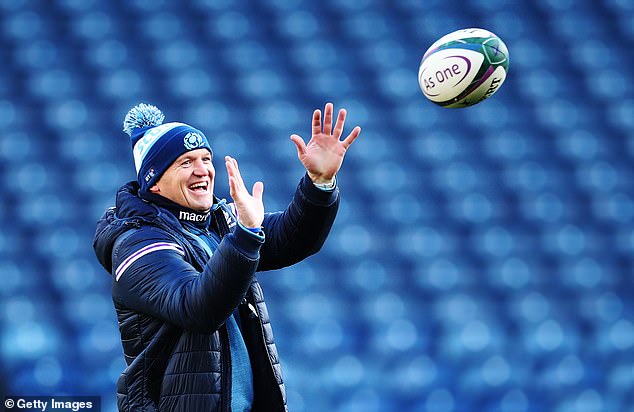 Townsend has a casualty list to contend with, with as many as 20 contenders out of action

He said: ‘We heard a little bit of chat that this might be his last Six Nations during the launch in London.

‘I think he’s obviously been Italy’s best ever player. He’s fantastic, he’s their captain, their talisman, a wonderful skilful player who has been a wonderful addition to the championship along with the Italian side over the years.

‘He’s a great player but we won’t be standing off him tomorrow, we’ll be trying to make him look less great tomorrow.’

Formula One news: Valtteri Bottas crashes out of first practice at the Singapore Grand Prix