S*** in bricks! Blocks of dried human faeces could be used as building materials for houses of the future

Scientists have found a way to transform leftover human waste into bricks.

Sewer sludge is currently thoroughly treated and dried out, but the remainder of the ‘biosolid’ remains are unused and sent to landfill.

A novel method has now been developed which combines clay with faeces to create a unique form of building material.

Scientists created bricks with 25 per cent faeces and the rest traditional clay and found the block still managed to pass stringent strength tests.

They are also more porous and better insulators. 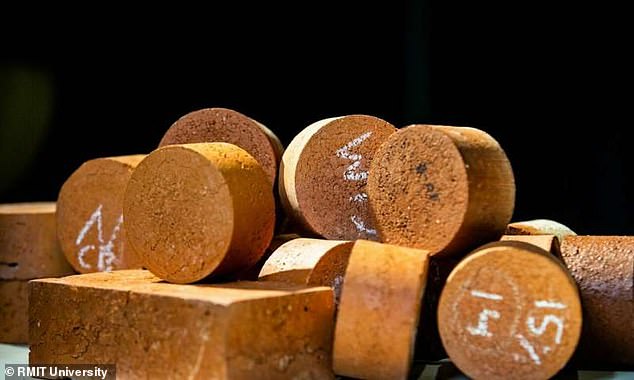 Mixing the biosolid material with clay for use in brick manufacture would cut down on the 30 per cent of sewage still sent to landfill or stored.

The procedure ‘is a practical and sustainable proposal for recycling all the leftover biosolids worldwide,’ the researchers from RMIT University in Australia write in their new paper, published in the journal Buildings.

‘Utilisation of only 15 percent of biosolids in brick production would reduce the carbon footprint of brick manufacturing whilst satisfying all the environmental and engineering requirements for bricks.’

The bricks are less energy intensive to create as well as being able to stand up to the strictest building regulations.

They were also more porous and better insulators. The bricks are able to stand up to the strictest building regulations and have added thermal benefits but are also less energy thirsty to make

HOW CAN URINE PRODUCE BRICKS?

Researchers described it as similar to the way seashells are formed.

The strength of the bio-bricks would depend on client needs.

Loose sand is colonised with bacteria that produce urease.

An enzyme, the urease breaks down the urea in urine while producing calcium carbonate.

This cements the sand into any desired shape.

The bacteria could make the brick stronger by ‘growing’ it for longer in the mixture with sand and urine.

This reduction in energy is better for carbon footprint as well as finances.

Regular bricks are made in kilns at temperatures above 2,500F and produce vast quantities of CO2.

‘Using biosolids in bricks could be the solution to these big environmental challenges,’ explains RMIT engineer Abbas Mohajerani, ScienceAlert reports.

‘It’s a practical and sustainable proposal for recycling the biosolids currently stockpiled or going to landfill around the globe.’

More research is needed before the bricks are thrown into production but early indications are promising.

Previous research has looked into similar avenues and found it is also possible to turn human urine into bricks.

Students in Cape Town collected the human waste from urinals in their university department and mixed it with sand and bacteria. 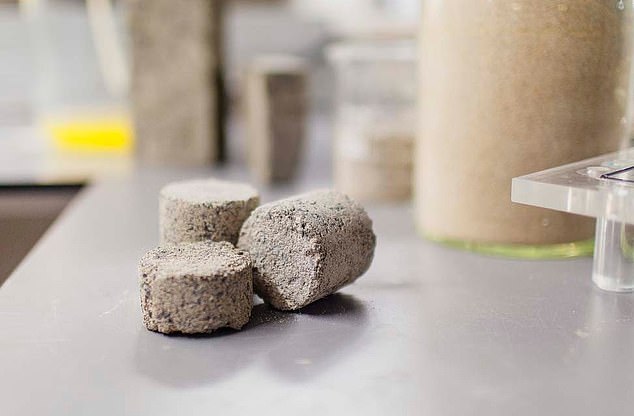 The new method instead produces nitrogen and potassium which can be used as commercial fertilisers.

Urine is collected in novel fertiliser-producing urinals and used to make a solid industrial product, with the remaining liquid used to make the brick.

Bacteria in the form of urease breaks down the urea in the liquid urine while producing calcium carbonate through a chemical reaction.

That cements the sand into the desired shape, which could be a column as well as a rectangular building brick.

Ordnance Survey launch a solar-powered drone that can fly for 90...