When Danny Reagan was 13, he began exhibiting signs of what doctors usually associate with drug addiction. He became agitated, secretive and withdrew from friends. He had quit baseball and Boy Scouts, and he stopped doing homework and showering.

But he was not using drugs. He was hooked on YouTube and video games, to the point where he could do nothing else. As doctors would confirm, he was addicted to his electronics.

‘After I got my console, I kind of fell in love with it,’ Danny, now 16 and a junior in a Cincinnati high school, said. ‘I liked being able to kind of shut everything out and just relax.’

Danny was different from typical plugged-in American teenagers. Psychiatrists say internet addiction, characterized by a loss of control over internet use and disregard for the consequences of it, affects up to 8 percent of Americans and is becoming more common around the world. 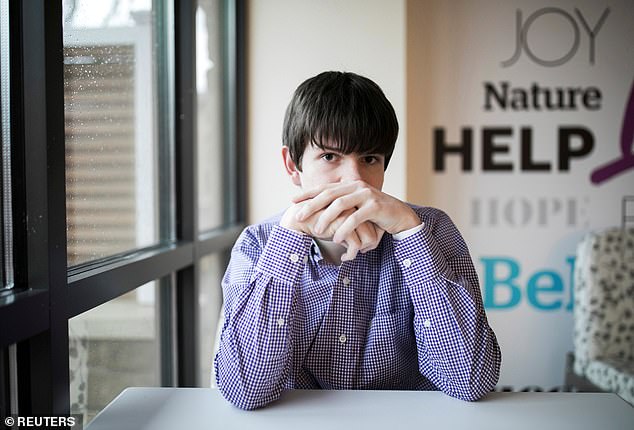 Danny Reagan, a former patient of the Lindner Center of Hope’s ‘Reboot’ program, the first of its kind to admit only children who suffer from compulsion or obsession with their use of technology, sits in a common room at the center in Mason, Ohio 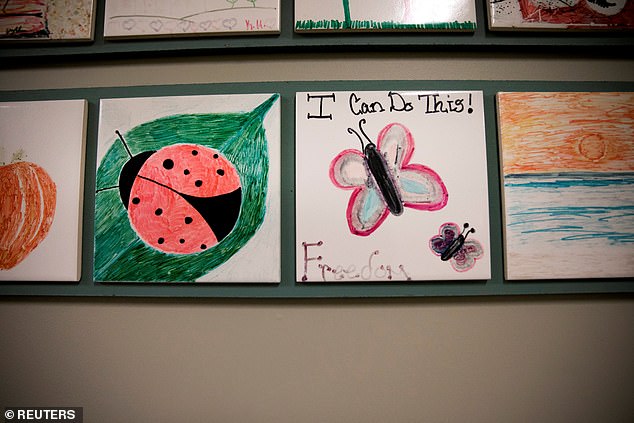 The Reboot program offers inpatient treatment for 11 to 17-year-olds who, like Danny, have addictions including online gaming, gambling, social media, pornography and sexting, often to escape from symptoms of mental illnesses such as depression and anxiety

‘We’re all mildly addicted. I think that’s obvious to see in our behavior,’ said psychiatrist Kimberly Young, who has led the field of research since founding the Center for Internet Addiction in 1995. ‘It becomes a public health concern obviously as health is influenced by the behavior.’

Psychiatrists such as Young who have studied compulsive internet behavior for decades are now seeing more cases, prompting a wave of new treatment programs to open across the United States. Mental health centers in Florida, New Hampshire, Pennsylvania and other states are adding inpatient internet addiction treatment to their line of services.

Some skeptics view internet addiction as a false condition, contrived by teenagers who refuse to put away their smartphones, and the Reagans say they have had trouble explaining it to extended family.

Anthony Bean, a psychologist and author of a clinician’s guide to video game therapy, said that excessive gaming and internet use might indicate other mental illnesses but should not be labeled independent disorders.

‘It’s kind of like pathologizing a behavior without actually understanding what’s going on,’ he said.

At first, Danny’s parents took him to doctors and made him sign contracts pledging to limit his internet use. Nothing worked, until they discovered a pioneering residential therapy center in Mason, Ohio, about 22 miles (35 km) north of Cincinnati.

The ‘Reboot’ program at the Lindner Center for Hope offers inpatient treatment for 11 to 17-year-olds who, like Danny, have addictions including online gaming, gambling, social media, pornography and sexting, often to escape from symptoms of mental illnesses such as depression and anxiety.

Danny was diagnosed with Attention Deficit Hyperactivity Disorder at age 5 and Anxiety Disorder at 6, and doctors said he developed an internet addiction to cope with those disorders. 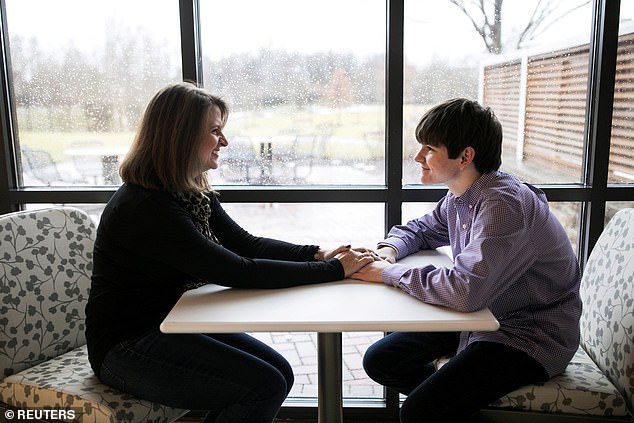 Danny sits in a common room with his mother Laurie Reagan at the center. Laurie said it’s been hard to explain what he’s gone through to other relatives

‘Reboot’ patients spend 28 days at a suburban facility equipped with 16 bedrooms, classrooms, a gym and a dining hall. They undergo diagnostic tests, psychotherapy, and learn to moderate their internet use.

Chris Tuell, clinical director of addiction services, started the program in December after seeing several cases, including Danny’s, where young people were using the internet to ‘self-medicate’ instead of drugs and alcohol.

The internet, while not officially recognized as an addictive substance, similarly hijacks the brain’s reward system by triggering the release of pleasure-inducing chemicals and is accessible from an early age, Tuell said.

‘The brain really doesn’t care what it is, whether I pour it down my throat or put it in my nose or see it with my eyes or do it with my hands,’ Tuell said. ‘A lot of the same neurochemicals in the brain are occurring.’

Even so, recovering from internet addiction is different from other addictions because it is not about ‘getting sober,’ Tuell said. The internet has become inevitable and essential in schools, at home and in the workplace.

‘It’s always there,’ Danny said, pulling out his smartphone. ‘I feel it in my pocket. But I’m better at ignoring it.’

IS IT A REAL DISORDER?

Neither the World Health Organization (WHO) nor the American Psychiatric Association recognize internet addiction as a disorder. Last year, however, the WHO recognized the more specific Gaming Disorder following years of research in China, South Korea and Taiwan, where doctors have called it a public health crisis.

Some online games and console manufacturers have advised gamers against playing to excess. YouTube has created a time monitoring tool to nudge viewers to take breaks from their screens as part of its parent company Google’s ‘digital wellbeing’ initiative. 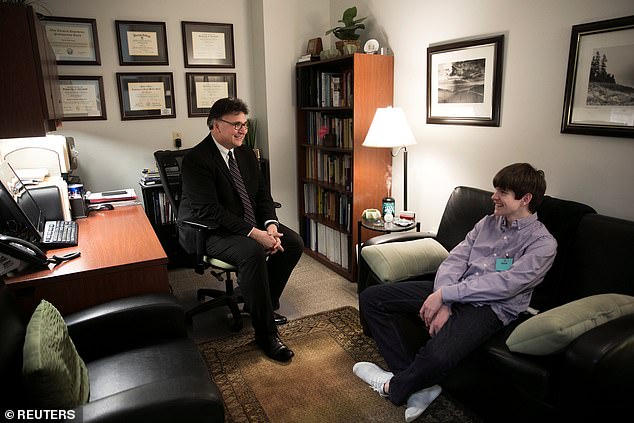 Dr Chris Tuell, Clinical Director of Addiction Services, with Danny. He started the program in December after seeing several cases, including Danny’s, where young people were using the internet to ‘self-medicate’ instead of drugs and alcohol 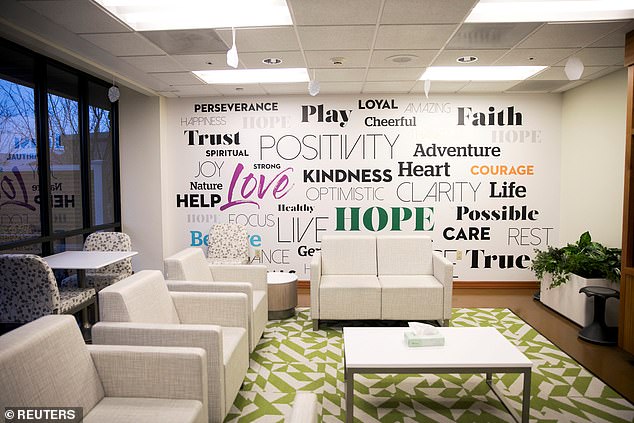 WHO spokesman Tarik Jasarevic said internet addiction is the subject of ‘intensive research’ and consideration for future classification. The American Psychiatric Association has labeled gaming disorder a ‘condition for further study.’

‘Whether it’s classified or not, people are presenting with these problems,’ Tuell said.

Tuell recalled one person whose addiction was so severe that the patient would defecate on himself rather than leave his electronics to use the bathroom.

Research on internet addiction may soon produce empirical results to meet medical classification standards, Tuell said, as psychologists have found evidence of a brain adaptation in teens who compulsively play games and use the internet.

‘It’s not a choice, it’s an actual disorder and a disease,’ said Danny. ‘People who joke about it not being serious enough to be super official, it hurts me personally.’

Scientists are hoping to create a hybrid Franken-fruit of tomatoes and...