Less than 5 per cent of properties to rent in some areas are available to housing benefit claimants, new figures have revealed.

An investigation by MailOnline Property reveals the extent of how challenging it is for those on housing benefit to afford a roof over their head.

It looked at homes available near both Boris Johnson and Jeremy Corbyn‘s constituency offices and those of other top MPs with responsibility for housing or benefits and comes just ahead of a General Election where Britain’s housing crisis is a hot political topic.

The research looked at the number of available rental properties within the proximity of the constituency offices of several political figures, including Boris Johnson and Jeremy Corbyn.

It then considered how many of those properties cost the same – or less than – the amount given in housing benefit in those areas.

In many cases, the housing benefit simply didn’t cover the rents in those locations.

Housing benefit is calculated using what is known as Local Housing Allowance – or LHA – which varies around the country and is based on what a person would ‘reasonably’ need to rent in the area where they make the benefits claim. 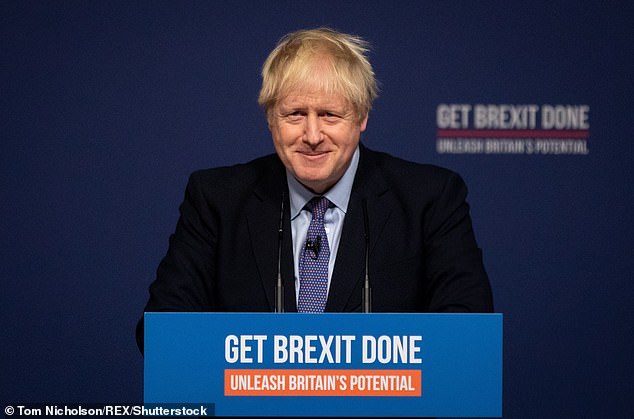 David Cox, of ARLA Propertymark, said the figures highlight a major flaw in the system.

He said: ‘This is a systemic problem with how the system works.

‘Rents are paid in advance, whereas housing benefit is paid in arrears. Therefore, with such a shortage of rental accommodation, landlords and agents will naturally choose a tenant who can pay the rent when it is due, rather than a tenant who is always a month in arrears.

‘Additionally, these figures show that in the vast majority of these constituencies, it’s almost impossible for people reliant on housing benefit or Universal Credit to find a property they can afford.’ 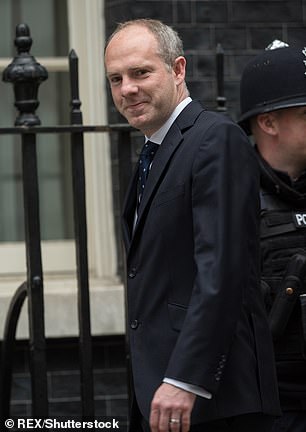 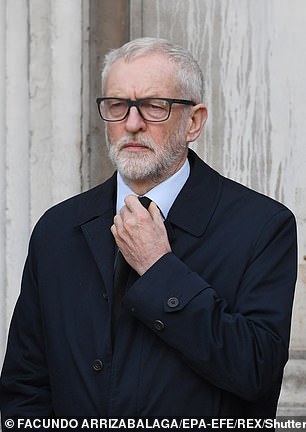 Pictured: Justin Tomlinson, minister of state for the DWP and Jeremy Corbyn

The figures show there were no one-bed properties or studios to rent that cost less than the Local Housing Allowance within a three mile radius of Boris Johnson’s Uxbridge and South Ruislip constituency office, which has a postcode of UB8 1PH.

There were 35 studios to rent within three miles of his constituency office and 59 one-bed flats. But none of these cost less than the Local Housing Allowance rate.

In the same way, there were also no four-bed properties to rent that fell below the Local Housing Allowance rate of £1,461.94.

However, those on housing benefit near Mr Johnson’s constituency office had more luck if they were looking for a two-bed or three-bed rental property. 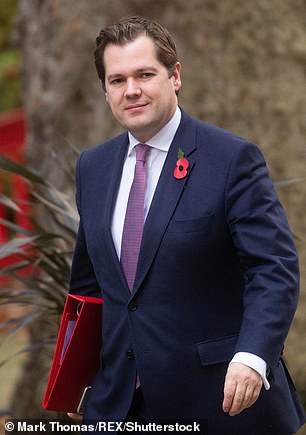 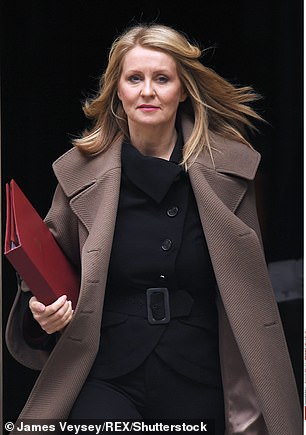 Within one mile of Jeremy Corbyn’s constituency office in North Islington, based on the N1 1EJ postcode, there are no properties to rent except for one-bed flats.

A one-mile radius was selected as his constituency office of North Islington covers a smaller area, compared to other political figures mentioned in the research.

Only 1.56 per cent of all one-bed properties to rent in the area were covered by the amount of allocated housing benefit. 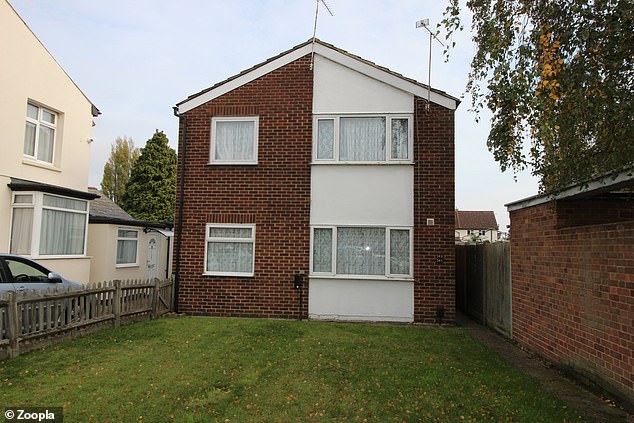 This two-bed flat in Mr Johnson’s Uxbridge constituency is available to rent for £1,000 a month 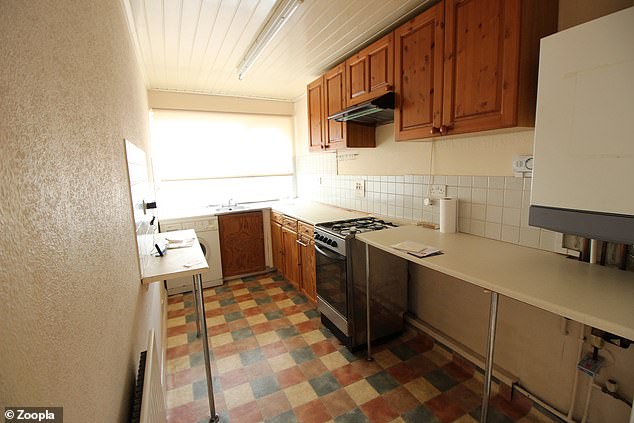 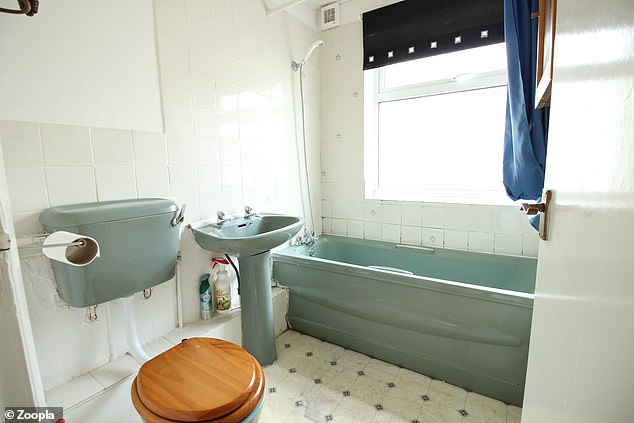 The research also looked at the number of rental properties that housing benefit claimants could afford near the Houses of Parliament and the constituency offices of Robert Jenrick, Esther McVey and Justin Tomlinson.

As minister of state for the DWP, Justin Tomlinson’s responsibilities cover Employment and Support Allowance and element of Universal Credit. 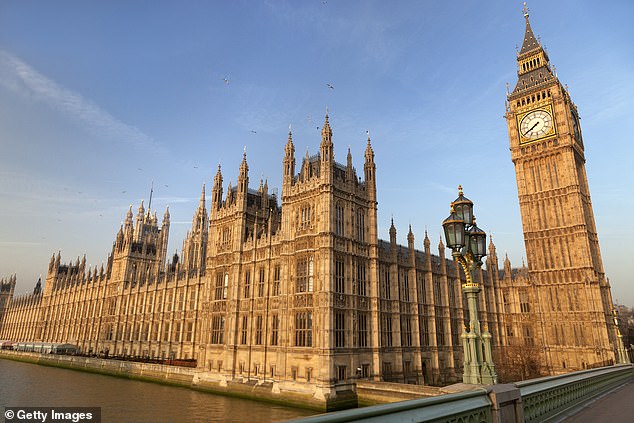 It is in sharp contrast to the likes of Paul Maynard and his Blackpool North & Cleveleys constituency office.

He is included in the research not because he is responsible for any housing policy, but because he has a significantly higher percentage of housing benefit claimants living near his constituency office who can afford local rents.

Within a five mile radius of his office, a more impressive 32.5 per cent of one-bed flats to rent are within the Local Housing Allowance.

However, the highest percentage for Mr Maynard is the four-bed flats to rent at 36.4 per cent.

By contrast, Paul Maynard has a much higher proportion of affordable rental homes near his constituency office

Local Housing Allowance is a housing-related benefit aimed at helping those on a low-income rent a home from a private landlord.

The Local Housing Allowance rates differ around the country as rental prices in some areas are higher than in others.

The calculations are based on ‘where a person could reasonably be expected to live’.

The research was carried out by searching rental properties on Rightmove at 6pm on November 19. 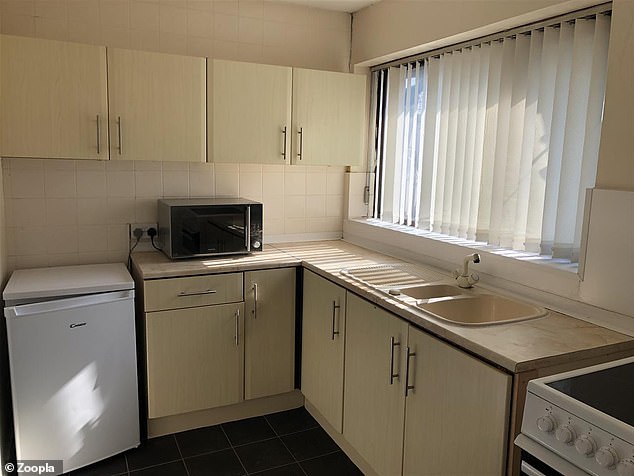 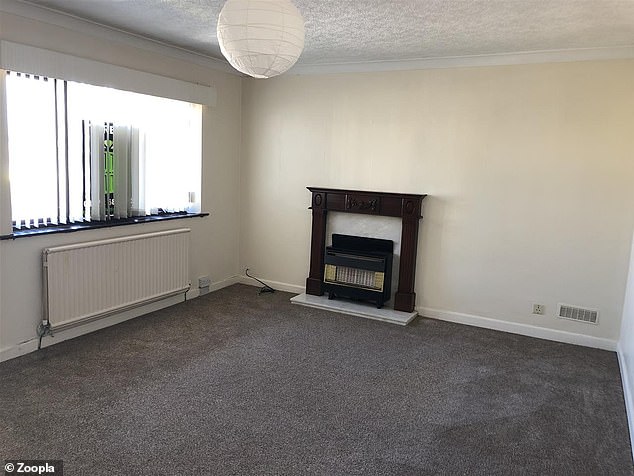 The rental property is in Poulton-Le Fylde, Lancashire, and costs £499 a month

I was shocked… it took just five minutes to mine details...

ALEX BRUMMER: Problems in Europe reflect a weakening of the global...