According to a tweet from frequent leaker @OnLeaks, notable changes in Samsung’s next iteration of its Galaxy phone, which isn’t set to be released until next year, include a re-positioned front-facing camera array.

Instead of being offset like the current Galaxy S10, renderings made by the gadget site 91mobiles suggest a tiny hole-punch style camera will be located in the middle of the device. 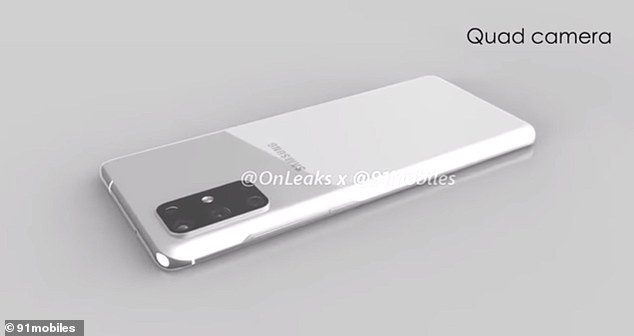 As noted by Engadget, this change would likely be welcome by customers given that the Galaxy’s current selfie cam placement can make front-facing pictures difficult to frame.

In addition to the new front-facing camera, OnLeaks suggests that the phone’s rear-facing lens will also undergo some changes.

An array on the back would apparently have up to five separate lenses spread out across two vertical rows and and is pictured in renderings as being offset to the upper left of the device’s backside.

Those lenses may offer greater versatility and zoom and may include depth-sensing and wide-angle versions.

It’s possible that the rear-facing array could also come with a high-powered 108 megapixel camera developed by Samsung in partnership with Xiaomi and included for the first time in Xiaomi’s Mi Note 10.

The screen also appears to be a bit curvier than the S10 and will reportedly be an AMOLED display that spans 6.7 inches.

It’s unclear if all the specs will actually be included in Samsung’s final product as the phone isn’t actually expected to be unveiled until February, but OnLeaks has a solid reputation for uncovering plans ahead of time.

Scientists find WATER on a planet 110 light years from Earth