‘He is 100 per cent happy to be here’: Southampton boss Ralph Hasenhuttl says Danny Ings is keen to stay at the club and says suggestions he will join Tottenham are ‘absolutely nonsense’

Ralph Hasenhuttl insists Danny Ings has ‘zero interest’ in leaving Southampton and dismissed suggestions of the player being sold to Tottenham as ‘absolutely nonsense’.

Spurs have reportedly made an enquiry for Ings, who was recently recalled by England after hitting 25 goals for Saints last term.

Ahead of Sunday’s meeting with Jose Mourinho‘s men, Southampton manager Hasenhuttl said: ‘The only thing I want to say for these rumours is that there’s absolutely zero interest from Danny to go anywhere. 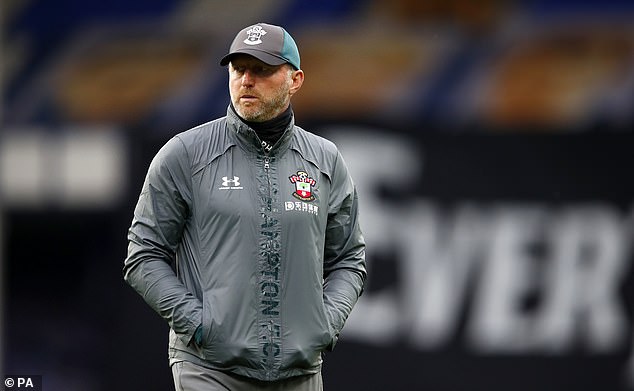 ‘He is 100 per cent happy to be here and, for us, it’s 100 per cent not discussable that we (allow to) leave one of the best strikers in Europe.

‘Any rumours about that are absolutely nonsense and hopefully this is the last time we speak about this.’

Ings has become Southampton’s star performer since joining his boyhood club from Liverpool. 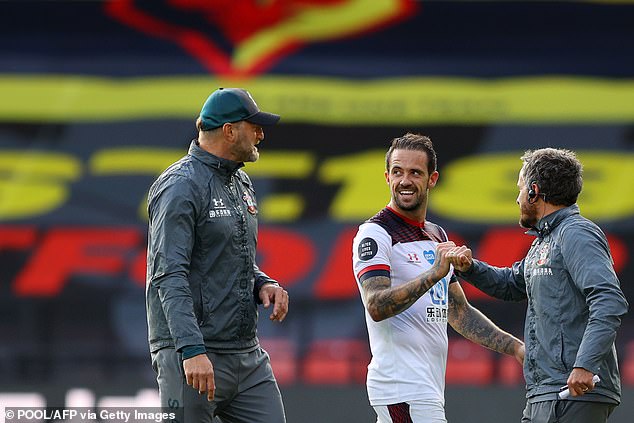 Hasenhuttl believes the 28-year-old would prefer to be the main man at St Mary’s than become a squad player elsewhere.

‘To be an alternative for another club or being here, the most important striker in our team – one of our own if you want – then you know how much he likes to be here,’ said the Austrian.

Gonzalo Higuain’s agent touches down in London as Chelsea step up...