The British Horse-racing Authority say they will fully assist with any inquiries into the Layezy Racing gambling syndicate after Sportsmail revealed millions of pounds invested by members had been used without their knowledge for the private purchase of 23 horses.

The National Crime Agency have also been contacted amid concerns about the Kent-based syndicate that is operated in tandem with the Layezy Racing Owners Club by former police officer Mike Stanley.

It is alleged that money which gambling syndicate members believed was being used to place bets has been used by Mr Stanley to purchase and train horses at a cost of close to £2million, with all the horses owned by him. 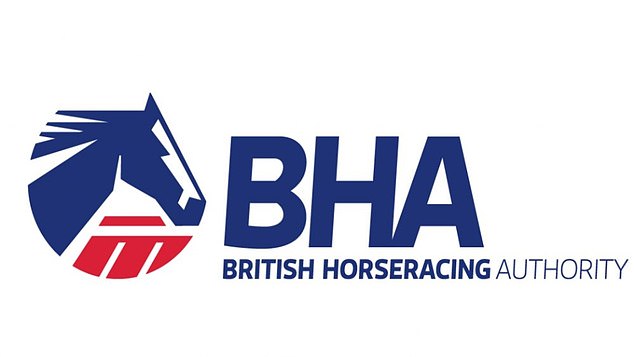 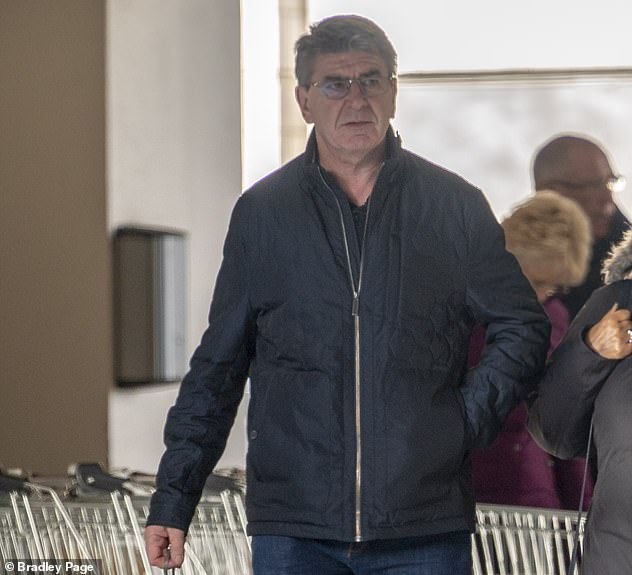 The 62-year-old has refused to respond to questions from this newspaper and on Tuesday the BHA, who can ban people from owning horses and running syndicates, said in a statement: ‘The BHA is responsible for setting and enforcing the rules of racing, and licensing or registering the individuals who participate in our sport, including those who run syndicates.

‘We expect the conduct of our participants to be of the highest order and would be concerned about any allegations of impropriety surrounding an individual responsible for running an ownership syndicate.

‘Contracts between ownership or betting syndicate operators and their members, and any concern of financial misconduct around those contracts, may include potential financial fraud and therefore may need to be investigated by the police or other appropriate authority.

‘The BHA would obviously fully assist the authorities in any such investigations. In addition, any such cases may potentially have implications for the suitability to be involved in the sport of anyone found to have broken the law in relation to their racing business.’ 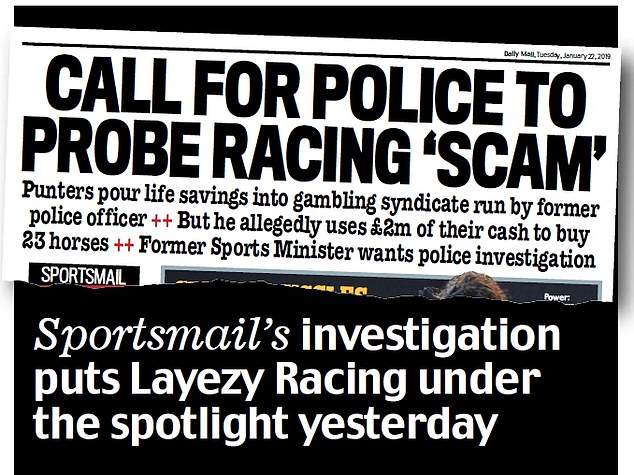 All owners club syndicators are required to register with the BHA before setting up.

Mr Stanley remained silent on Tuesday, failing to contact more than 2,500 members – the majority of whom belong to both the owners club and the gambling syndicate – to offer assurances that their money is safe.

Sportsmail has spoken to members who are concerned that their hard-earned savings have been misused, and in some cases on Tuesday their efforts to seek clarification from Mr Stanley were ignored. At least one member visited the Layezy business address in Chatham looking for a man regarded by many members as a ‘god’ for using a betting system to achieve what they believe are massive returns.

The average investment appears to be around £15,000, with syndicate members paying a further £199 plus VAT per annum to be members of the owners club. It is understood that contact has been made by a concerned party with the National Crime Agency (NCA). The NCA said that any reports made to them were a confidential matter.

Have you been affected by this story?

Do you have another story for our investigations team?

A Kent Police spokesperson said any complaints from members would be passed to the NCA, but Chatham MP Tracey Crouch has already called for the police to investigate Layezy Racing because of concerns she has for her constituents.

One person claiming to have a close knowledge of the syndicate estimated 30 of their colleagues were part of the syndicate, and one of them had sold their house and ‘put all that money in’.

Kent-based trainer John Best, who has nine Layezy Racing Owners Club horses in training, told Sportsmail: ‘I don’t really know what to say. It’s totally out of the blue and I am in a bit of shock. From my point of view, Mike Stanley has never caused me any problem and I have always found him to be very straight.’ 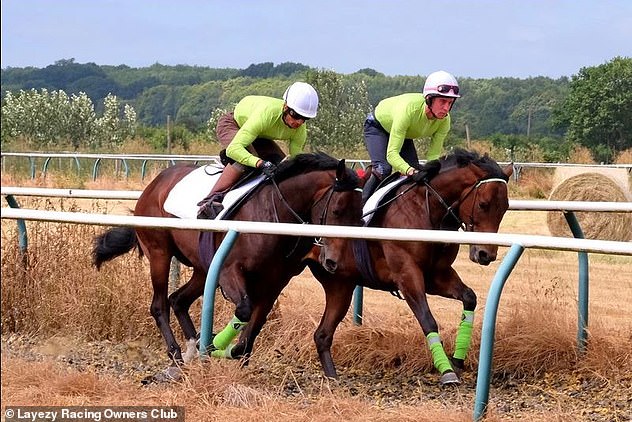 Meanwhile Rebecca Menzies, who trains one of the club’s best horses, Fearless, said: ‘As a licensed up-and-coming trainer with significant success, we will only engage with honourable and genuine individuals who support the sport we all love and respect in an appropriate manner.

‘We are always careful to ensure proper conduct with all our clients and we expect similar from them. As a priority, we follow a path of scrutiny to ensure that our clients have a genuine and thorough support for what we do and the results we achieve and, of course, the manner in which they conduct themselves.’

Other trainers linked to the club were unaware of concerns about Mr Stanley’s operation.

The accounts it appears members have been paying into to unwittingly fund Stanley’s stable of horses are held by Weatherbys Bank. The bank declined to comment.

Have you been affected by this story? Do you have another story for our investigations team? Email: [email protected]