Legislation that was supposed to free tenant publicans from restrictions and high rents imposed by the companies that own their pubs ‘has failed’, a new survey shows.

A damning report by the Campaign for Real Ale has found that three quarters of Britain’s tied tenants feel they are still not treated fairly or lawfully by their parent pub companies, and are still far worse off than free-of-tie tenants.

That’s despite legislation aimed at regulating the relationship and protecting tied publicans’ livelihoods being passed by MPs three years ago.

Closing time: Many tenant publicans struggle to make ends meet because of high rents and wholesale drinks prices imposed by pubco landlords. Along with high business rates and cheap supermarket booze, this has contributed to a pub closure rate of 14 a week.

Tenants have for decades been obliged to pay uncompetitive prices for a limited range of drinks – the so-called ‘beer-tie’ (see box) – and high rents to their pub landlords.

These companies – often referred to as pubcos – include EIG (formerly Enterprise Inns), Star Pubs & Bars (part of Heineken), Admiral Taverns and Punch Taverns, and brewery-pubcos like Greene King and Marstons. Combined they own many thousands of Britain’s pubs.

What is the ‘beer tie’ and the MRO option?

The ‘beer tie’ is a contract agreed between a pub owning company (pubco) and a tenant.

As a tied tenant, or licencee, you can run a pub without needing to buy the freehold.

In return, the tenant pays rent and part of the profits to the pubco. Tied tenants are also contractually bound to buy all of their beer and services directly from the pubco, and are unable to shop around for more competitive rates.

The Market Rent Only option gives existing tenants a chance to cut free from the beer tie.

Being ‘free-of-tie’ means pub tenants can buy whatever beer they like, and pay an independently assessed market rent.

Support for tied tenants gained traction among MPs after it emerged that 80 per cent of these publicans were earning below £15,000, and some even less than £10,000 a year as a result of the tie.

The resulting 2016 Pubs Code was supposed to give tenants more powers to achieve a fair deal with their pubco, including options to break free of the beer tie and pay ‘Market Rent Only’ (MRO – see box).

But three years later, most tenants are no better off, with 20 per cent claiming they’ve never even heard of the MRO option which should have been made available to them.

Others told Camra that attempting to switch to MRO has cost them thousands of pounds in legal fees, with the pubcos deliberately complicating the process.

Dave Law, who co-runs The Eagle Ale House in Clapham, London, is one of hundreds of tied tenants who claim ‘nothing has changed’ since the Pubs Code was introduced.

Law and his business partner Simon Clarke said the ‘outdated’ beer tie means they are forced to hand over 90 per cent of their operating profits to the landlord, while overpaying for a ‘restricted’ range of beers.

Law told This is Money that, in previous years, he and Clarke have taken home less than the minimum wage as a result.

‘I had to take second jobs – full-time jobs to keep us afloat, otherwise we would have been insolvent a long time ago.’ 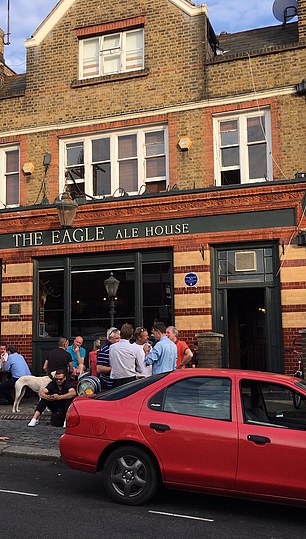 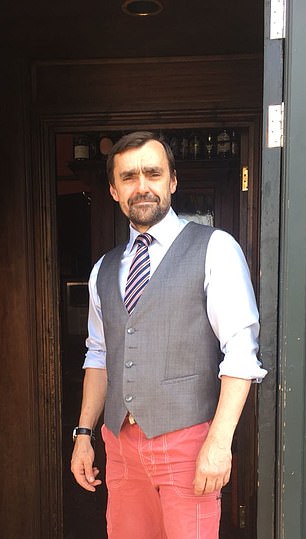 David Law (pictured right) and his business partner Simon Clarke run The Eagle Ale House in Clapham and campaigned for years to bring an end to the tie. Despite their apparent success with the introduction of the Pubs Code in 2016, improvement in the conditions for tenant publicans has failed to materialise. David was forced to take on second jobs to stay afloat despite running a popular and busy pub in affluent south-west London.

He added that the tie restricts how much he can pay staff and how much he can afford to invest in the infrastructure and the fabric of the pub ‘to give better amenities to our customers’.

It also means The Eagle struggles to keep up with the fast-growing beer marketplace.

‘We’ve got a Draft House and a Brewdog down the road from us and we can’t compete with those. I would dearly love to have some more interesting beer but we are restricted. I think that’s anti-competitive,’ he said.

These conditions are fuelling the closure of Britain’s independent pubs, Law said, as good tenants are forced to pack up and leave and and others are reluctant to become licensees at all. ‘Sites are either being shut down or becoming part of a chain,’ he added.

Law argued that ambiguous wording and gaps in the Code have given pubcos space to ‘interpret’ the regulations as they wish, allowing them trap tenants trying to switch to MRO in a lengthy and expensive process.

When the Pubs Code was introduced in 2016, Law believed licencees would be issued a deed of variation – a short attachment to the existing lease – which would sever any of the tied terms and references to them.

‘Instead the code is silent on that and so the pub companies have been allowed to insist that we have a brand new lease instead,’ Law explained.

‘So three years later, we’re all scrabbling around for legal representation and we still don’t have the MRO option we fought for – we’re still tied. We’ve lost all that money now – it’s like a cartel handicap.’

EI Group were contacted by This is Money but declined to comment. 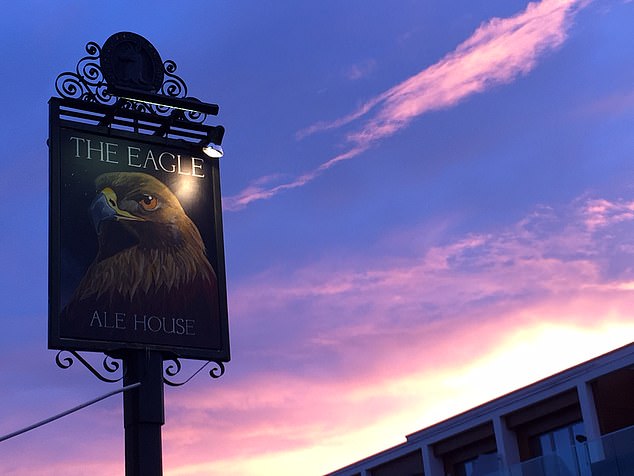 ‘When you work 80 hours a week for £200, that puts an enormous amount of strain on you, your family, my wife,’ the licensee of the Eagle Ale House in south-west London told This is Money.

Law and Clarke at The Eagle are not alone in their frustrations.

The Camra report, based on the testimony of nearly 400 tied tenants, concluded that there are ‘significant failures in the Pubs Code’.

The nationwide survey found that – in line with Mr Law’s observations – pubcos ‘have continued to game the Code, exploiting gaps in the regulations, and failing to discharge their duties properly’.

One tenant who wished to remain anonymous said: ‘The path to MRO is not working. It should be a very simple process of applying, being approved, agreeing a new rent based on an independent assessment and signing the necessary.

‘Sadly, it is nothing like this and currently, after three years [of] trying, I still have not attained MRO status.’

Tenant of the Swan in Northall said: ‘We looked forward to the legislation coming into force but the way that Ei interpret the code totally goes against the spirit of the act.’

What other tied tenants said…

Tenant of the Fox and Hounds in Reading said: ‘I mentioned MRO and was told my lease wouldn’t be renewed if I tried to implement it’.

Camra found numerous examples of pubcos ‘refusing to negotiate with tenants’ or ‘attempting to dissuade them from taking MRO’ and said this has allowed corporations to continue the ‘longstanding practice of extracting more than is fair or sustainable from the profits of tenants’.

Camra said the PCA has failed to carry out a single investigation in the first three years and concluded it ‘lacks the teeth to provide a real deterrent to pubcos against bad behaviour’.

‘I have tried to use the pub’s code to go free of tie but after two and a half years I am still in arbitration with the PCA. The system is broken and every delay favours the pub company,’ said the tenant of the Railway in Cheltenham.

Speaking to This is Money, Law said: ‘Newby should have cleared up the legislation years ago. But all he’s done is sat on the fence while the pubcos fail to satisfy the overall intentions of the regulation.’ 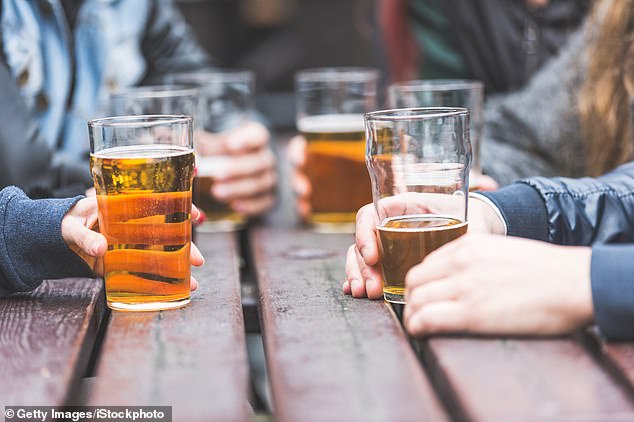 Many pub tenants and Camra greeted Mr Newby’s appointment as PAC in 2016 with concern as he previously had close professional links to the big pub companies that he is meant to be overseeing.

The Pubs Advisory Service, which gives advice to tenant publicans, blame this for the PAC’s apparent lack of teeth.

Last month, just ahead of a statutory Government review of the Pubs Code, the PCA unveiled plans to investigate Heineken’s pubs business over concerns that the brewer forced unfair terms on its tenants.

But Law dismissed the action as ‘low hanging fruit’. ‘This is “look busy, the Queen’s coming”,’ he said.

A PCA spokesperson said: ‘We welcome Camra’s engagement into the first statutory review of the Pubs Code and understand that BEIS are currently considering the consultation responses, including our own submission. We look forward to engaging with BEIS on the next phase of the review.’ 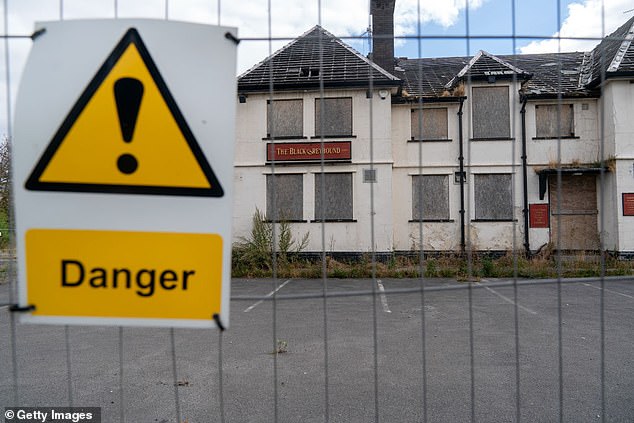 Around 14 pubs close down a week in the UK, with good tenants walking away from the trade

Ben Wilkinson, Camra’s national director, concluded that the Pubs Code is ‘failing’ and called for urgent reform to ensure tenants can make a ‘decent’ wage and also to prevent good publicans from ‘walking away from the trade’.

Camra’s findings have been submitted to the Government as part of the statutory review of the Pubs Code and Adjudicator.

Meanwhile, the British Beer & Pub Association, which represents the big brewers and pubcos, argue that the Code is working as intended.

BBPA boss Brigid Simmonds, commenting on the Pubs Code consultation, said: ‘The evidence suggests that the Pubs Code and the Adjudicator are doing the job they were meant to do; regulating the relationship of pub operator and publican.

‘It is still early days for a Code which had no transition period and where guidance and decision making has been slow. On that basis, this review should acknowledge that the Code is a work in progress.

Simmonds continued: ‘The Government and Adjudicator should work more closely with industry and tenants to ensure that leased and tenanted pubs remain a great way to run a business for many generations to come.’

Recent figures show that 378 pubs shut down permanently between July and December last year in England, Scotland and Wales.

That’s more than 14 closures a week, with the poor relationship between tied tenants and pubcos being seen as one of the key drivers.

Camra is urging the Government to make ‘substantial’ changes to help stem the closures, including greater support for tied publicans and a significant reduction in the business rates currently paid by pubs.

‘Pubs play a significant role in communities across the country, providing a space for local people to meet, helping to tackle loneliness, and having a positive impact on the personal wellbeing of pub-goers,’ said Camra chairman Nik Antona.

‘It’s vital that the Government continues to act to reduce pub closures so that pubs remain at the heart of communities.’

Metro Bank boss fights for his future after we revealed truth...

Six super companies to help you cash in on sky rocketing...