By Sam Mcevoy For Mailonline

After a goalless stalemate in normal and extra time, the final had to be decided by a shootout, which saw Lyon’s Bertrand Traore miss following 10 perfect penalties, leaving Pablo Sarabia to clinch a shootout win.

The Coupe de la Ligue, which was first introduced in 1994, will now be retired following a lack of public interest, meaning the possibility of winning a domestic quadruple in French football will no longer be possible.

PSG have already lifted the Super Cup, the French Cup and Ligue 1 title this season. 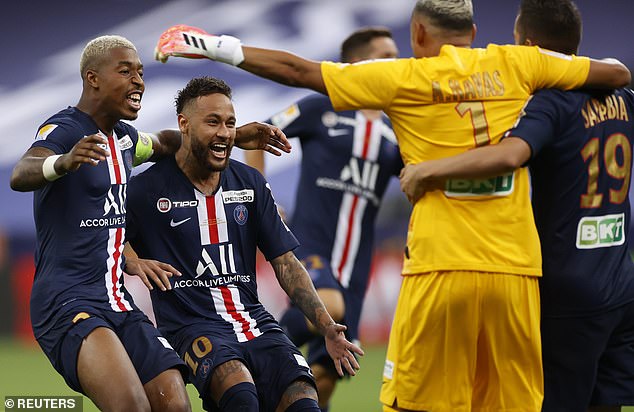 Inter Milan ‘have made contact with Tottenham over midfielder Tanguy Ndombele’

Under Armour, Like Rivals, Hit by Pandemic Store Closures