Property asking prices rose 0.8 per cent in May in an early sign that the housing market boom is slowing down.

The average asking price increased £2,509 between 9 May and 12 June, according to Rightmove’s latest Index.

It reached £336,073, hitting a new record high for the third consecutive month, and was the largest rise at this time of year since 2015, according to the property website.

This five-bed detached home in Wrexham, Wales is on Rightmove for £795,000. The country has seen the highest price rises in the UK since March 2020

However, the 0.8 per cent rise was much lower than the 1.8 per cent and 2.1 per cent increases recorded in its last two indexes in April and May.

These high prices, combined with an all-time low in the number of properties on agents’ books, are starting to slow down the market’s frenetic pace.

The Government’s stamp duty holiday, which saves buyers up to £15,000 in taxes, is also tapering down at the end of this month to a maximum £2,500 saving and will end completely at the end of September.

The number of home sales agreed in May was 17 per cent ahead of the same period in 2019, slackening from April’s 45 per cent.

The average number of properties available for sale per estate agency branch is at an all-time low of just 17, falling even further from the record low of 19 in the previous month. 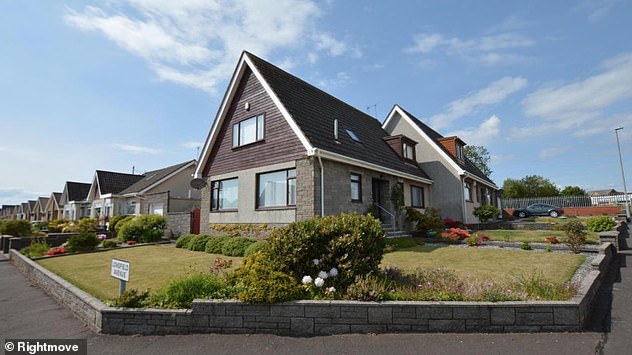 In Saltcoats in North Ayrshire, Scotland, this four-bed home is listed at £183,000 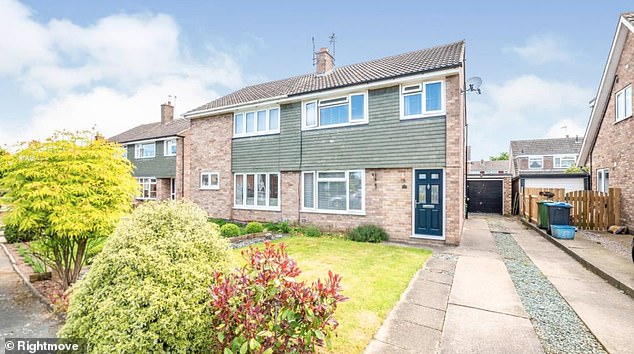 This three-bed semi-detached property in Northallerton, North Yorkshire is being offered on Rightmove with an asking price of £225,000 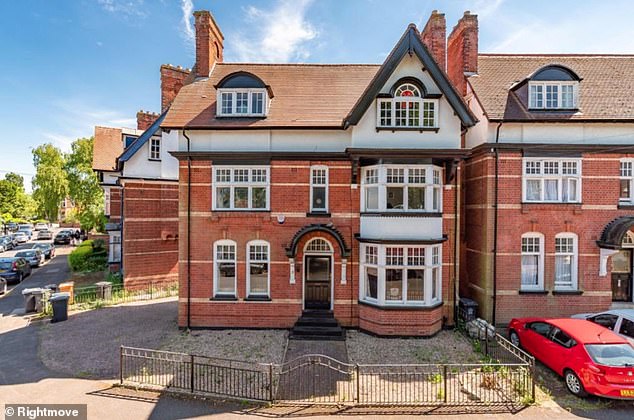 In Leicester, this four-bed, three-bath property can be snapped up for £600,000

Tim Bannister, Rightmove’s director of property data, said: ‘Buyer demand remains very strong, though with an all-time low in the number of properties available for sale on estate agents’ books and new stock at higher than ever average prices, there are early signs of a slowing in the frenetic pace.

‘Record low interest rates and stamp duty tax reliefs have helped many to afford higher prices, satisfying their pent-up desires for a new home fit for a new era.

‘However, higher prices combined with a lack of fresh choice coming to market are reducing some buyers’ ability or desire to move, and while we expect the market to remain robust, there are early signs of a slackening in the incredible pace of activity that we’ve seen over the last year.

‘This super-charged activity cannot go on forever, but we expect the market to remain vigorous for at least the remainder of the year.’

Since the beginning of the pandemic, Rightmove said the fastest-growing regions had been Wales and the South West – thanks to cash-rich relocators from more expensive areas.

There, homes are selling more quickly than ever and each estate agent has just ten properties available on average. 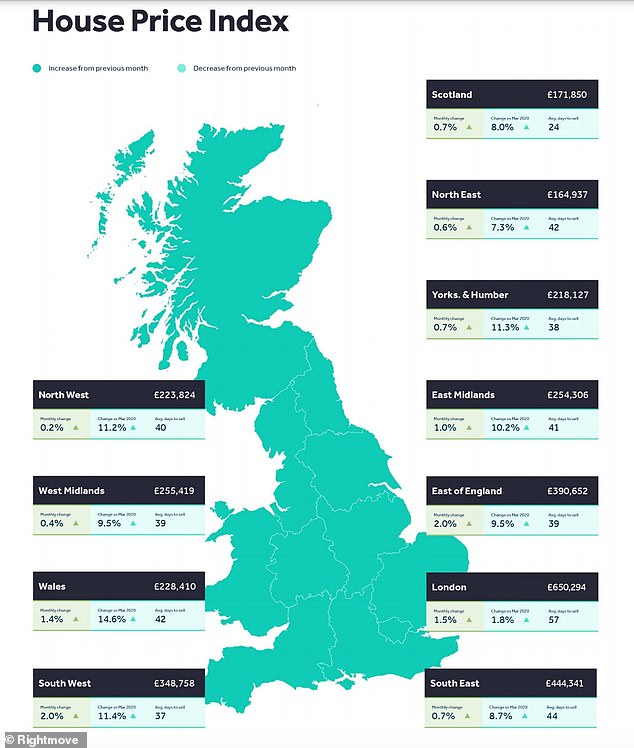 Regional increases: Wales and the South West have benefitted from urban relocators 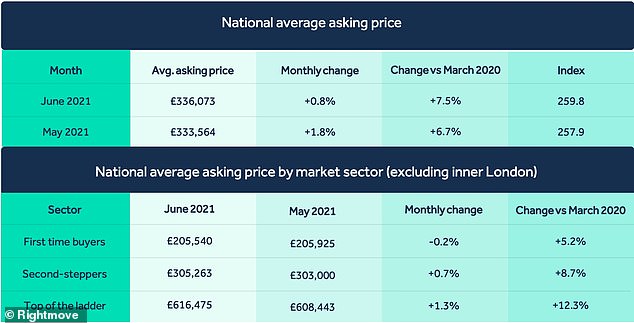 Asking prices: The national average was £336,073 in June 2021 according to Rightmove 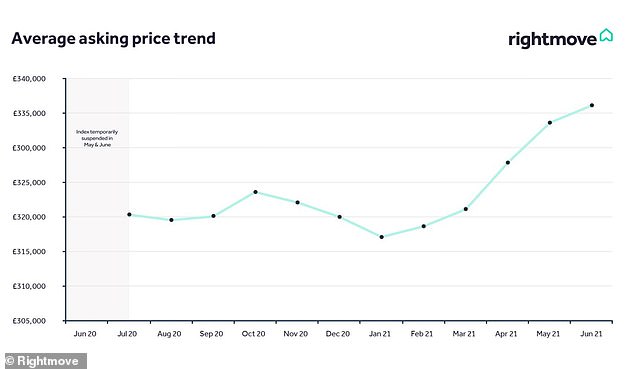 Trend over time: Asking prices have risen consistently since January this year

Detached properties with four bedrooms or more saw higher price rises proportionally than the rest of the market.

The number of sales agreed on properties over £500,000 in May was 49 per cent above the same period in 2019, despite buyers knowing they will miss the maximum stamp duty saving that comes to an end on 30 June.

Matt Barry, Director at estate agent Astleys in Swansea, said: ‘Over the past 12 months we’ve seen a dramatic change in demand in the local market.

‘This has far surpassed anything I’ve seen previously and we’re now regularly receiving offers from multiple buyers per property.

‘We’ve also noticed a large uplift in the amount of people relocating from England, with many people now enjoying the benefit of working from home, wishing for larger gardens or to be nearer beauty spots and the coast.’

Nick Leeming, chairman of estate agent Jackson-Stops, added: ‘Despite the fact that the first stamp duty deadline is just weeks away, our branches are as busy now as at any point I can remember.

‘Lifestyle re-evaluations have taken firm root which will lead to sustained demand, especially for rural and suburban locations.

‘There were 18 buyers chasing every listing across our branches in the South West last month as towns and villages which were once out of reach to five-day-a-week commuters, now present realistic options for hybrid or remote workers.

‘But, while buyers remain active, the availability of stock on the market has continued to contract. With demand strong and pricing high, now is the time for vendors to capitalise on these favourable market conditions.’