By James Dutton For Mailonline

Porto striker Mousa Marega had to be restrained as he tried to leave the pitch when he was racially abused by Vitoria fans after scoring his side’s winner on Sunday.

Marega celebrated his goal by pointing to the colour of the skin on his forearm, which prompted monkey noises and chairs to be thrown from the stands.

Despite making light of the situation by celebrating with one of the chairs chucked his way, the abuse continued, forcing Marega to take a stand and try to walk off the pitch. 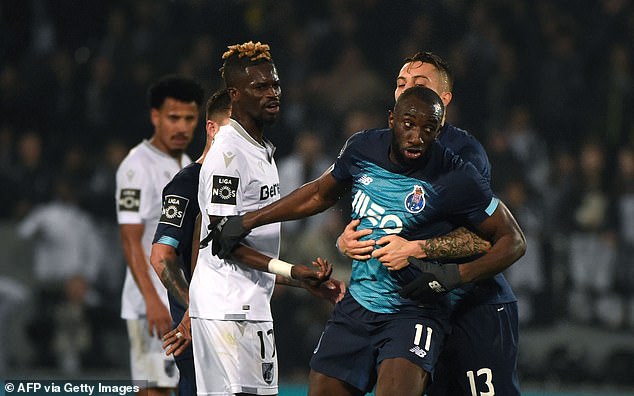 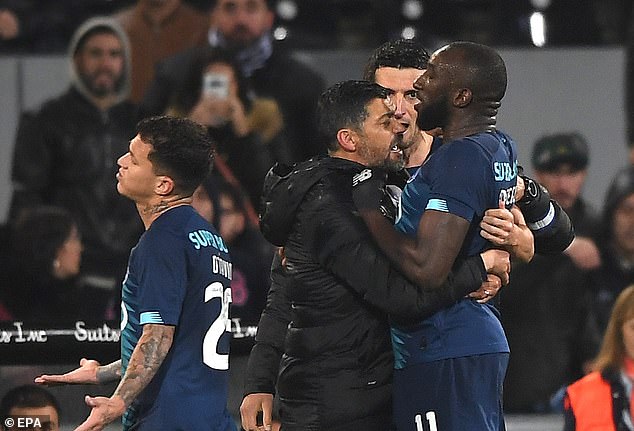 Moussa Marega incident for those that haven’t seen it, 100% within his rights to want to leave the field. FC Porto, Sérgio and the Liga need to stand by him and make sure that this incident goes punished.

Marega made his way towards the touchline and then gestured towards the abusive supporters, appearing to boo them with two thumbs down.

Team-mates and opposition players, including Porto coach Sergio Conceicao, then stopped a clearly distraught Marega from making a quick exit.

It appears that they were trying to convince the Mali international to continue playing.

The incident went on for over a minute and a half, before Conceicao realised Marega was in no mood to continue playing.

He was eventually replaced by Wilson Manafa in the 72nd minute, but only after he had to be given an escort off the pitch and town the tunnel by members of Porto’s staff. 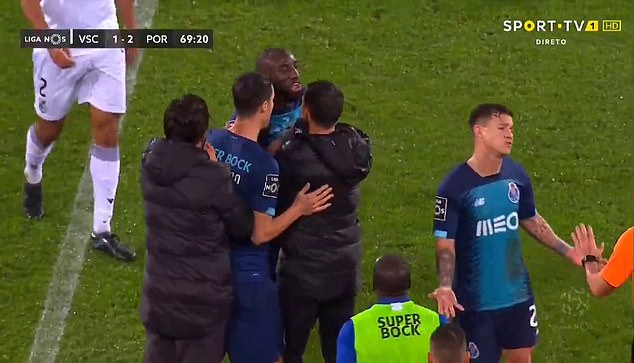 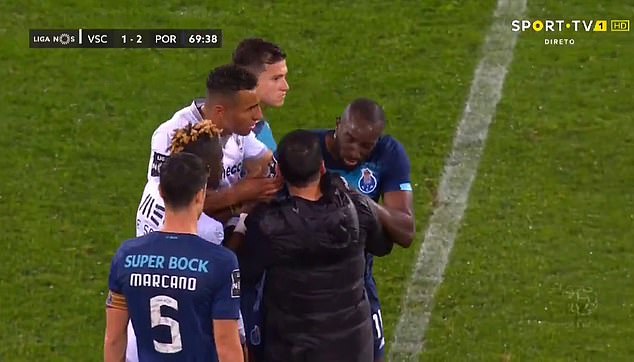 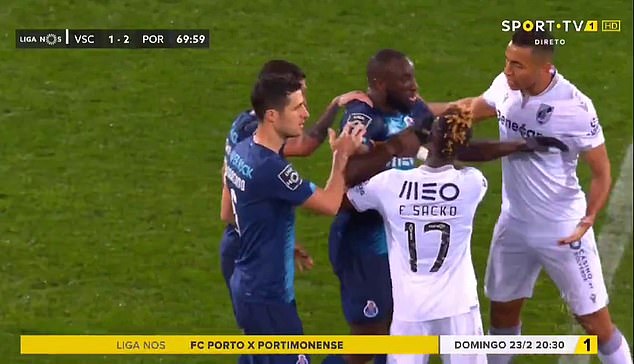 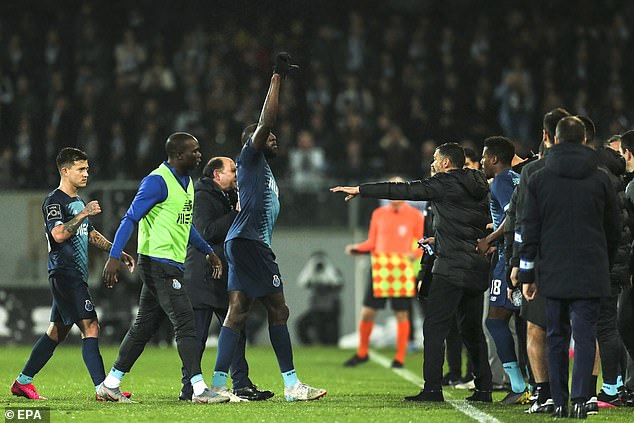 Marega was still raging at this stage and could be seen shouting back towards the opposition fans and swearing towards them.

Last month Marega was linked with a move to the Premier League, with West Ham believed to be interested in a loan transfer. 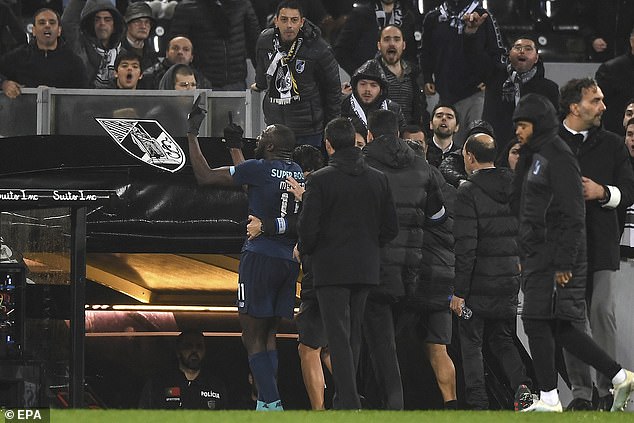 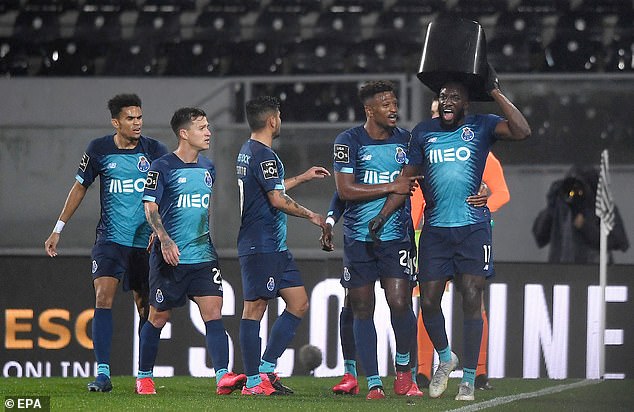 Ernesto Valverde plays down chances of Neymar returning to Barcelona

Air and sea search launched after light aircraft with two on...