A poem written by the Poet Laureate Simon Armitage that celebrates advances in cancer treatments has been engraved onto a pill.

He penned a verse about how studies at the The Institute of Cancer Research’s (ICR) Centre for Cancer Drug Discovery in London will help make the disease more manageable.

The centre aims to create personalised treatments that are more effective and cause fewer side effects than ‘one-size-fits-all’ chemo.

The will be displayed permanently in the ICR’s centre, which is under construction and due to open next year.

The poem ‘Finishing It’ was written by the Poet Laureate Simon Armitage to celebrate advances in cancer treatments. It has been engraved onto an anti-tumour pill (pictured) 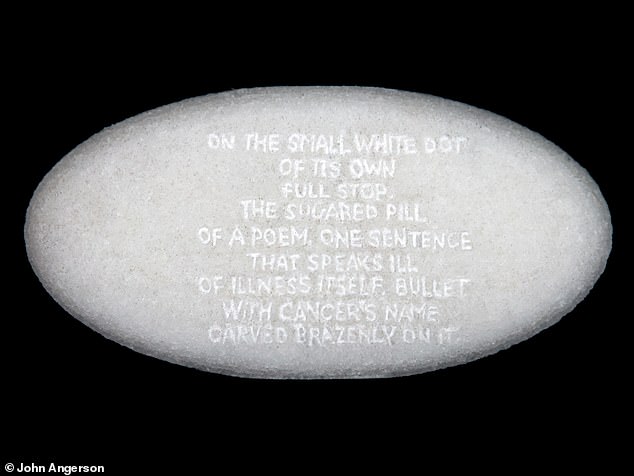 The poem highlights how studies at the The Institute of Cancer Research’s Centre for Cancer Drug Discovery in London will make the disease more manageable for all sufferers. Pictured is the remainder of the 51-word poem on the other side of the 20mm x 10mm replica pill 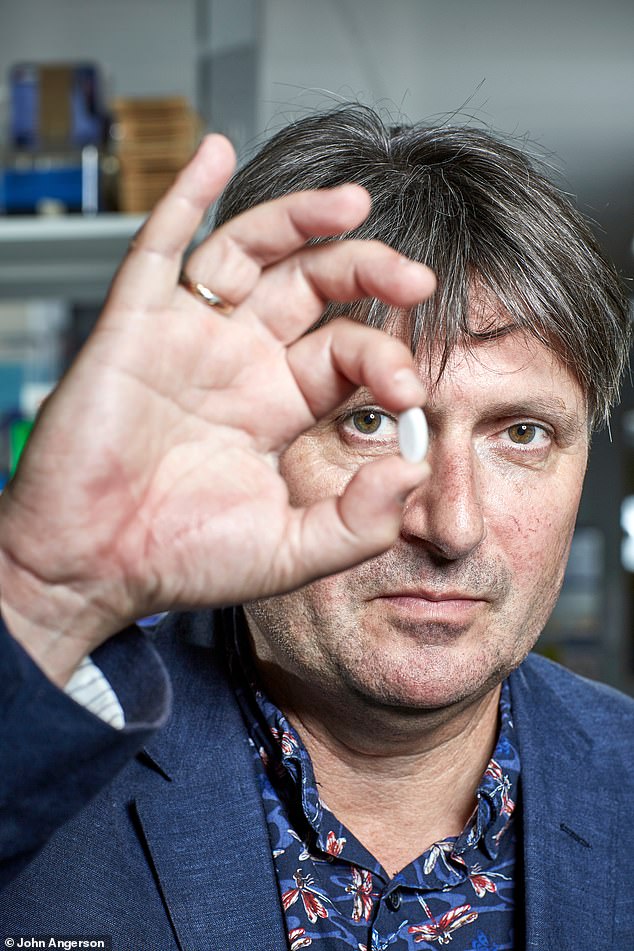 Professor Paul Workman, chief executive of The ICR, said: ‘Simon Armitage’s poem engraved on a pill perfectly conveys the exquisite precision of the work the ICR’s scientists will be conducting in our new Centre for Cancer Drug Discovery.

‘Our researchers are focusing on understanding, predicting and blocking the evolution of cancer.

‘[By] aiming to stay one step ahead of the disease using precision medicine and drug combinations, we can achieve long-term survival and cure.

‘We still have £14million to raise in order to complete the Centre so we can bring together experts in cancer drug discovery, computational big data and AI, alongside others studying evolution in cells, animals and individual patients.

‘The aim is to create a new generation of cancer medicines.’

One in two people born after 1960 in the UK will develop cancer at some point in their lives, Cancer Research UK statistics show.

In the US, more than 1.7 million cases of cancer are thought to have been diagnosed last year alone, according to the National Cancer Institute.

The poem was commissioned to highlight the research that will take place at the ICR’s centre.

This will see hundreds of scientists come together to lead a drug-discovery programme that aims to overcome cancer’s ability to evolve resistance to drugs.

FINISHING IT: THE POEM INSCRIBED ON AN ANTI-CANCER PILL

but here’s an inscription, formed

on the small white dot

of a poem, one sentence

of illness itself, bullet

carved brazenly on it.

Targeting a tumour’s mechanism of adapting to new therapies could help make malignant cells easier to treat and cure.

However, the centre requires an additional £14million ($16.8m) in donations to be completed.

Once up and running, the building will house Mr Armitage’s poem, the second he has written since he was appointed Laureate in May.

‘Science and poetry are closer associates than many people assume, and it was exciting to work on a project that deals with cutting edge medical research,’ he said.

‘And like science, poetry is a “what if” activity, imagining outcomes and possibilities based creative thinking.

‘I liked the sense that poem and pill might collaborate to produce both a medical and emotional cure, and that something so minimalist could aim to bring down something so enormous and destructive.

‘I experimented for a long time with the language – the shortest poems are always the hardest to write, their smallness making them so much more conspicuous and vulnerable.’

Specialist artist Graham Short was called upon to micro-engrave the words onto a ‘pill’ that represents the drugs the ICR scientists hope to discover.

He described the job as ‘the hardest he has ever had to do’, with the pill repeatedly ‘crumbling’.

Dr Olivia Rossanese, who will be head of biology at the centre, added: ‘This Centre for Cancer Drug Discovery will offer a completely new and remarkable way of working.

‘We’ll have computational biologists, geneticists, evolutionary scientists and drug discovery researchers all working hand-in-hand in an unprecedented way to find new treatments that can overcome cancer evolution and drug resistance.

‘The poem beautifully shares our story and symbolises the hope of what’s to come, the message made more powerful by being engraved onto a pill that represents the kinds of treatments that we will be developing in the very near future.’

Find information about donating to the ICR’s centre’s completion here. 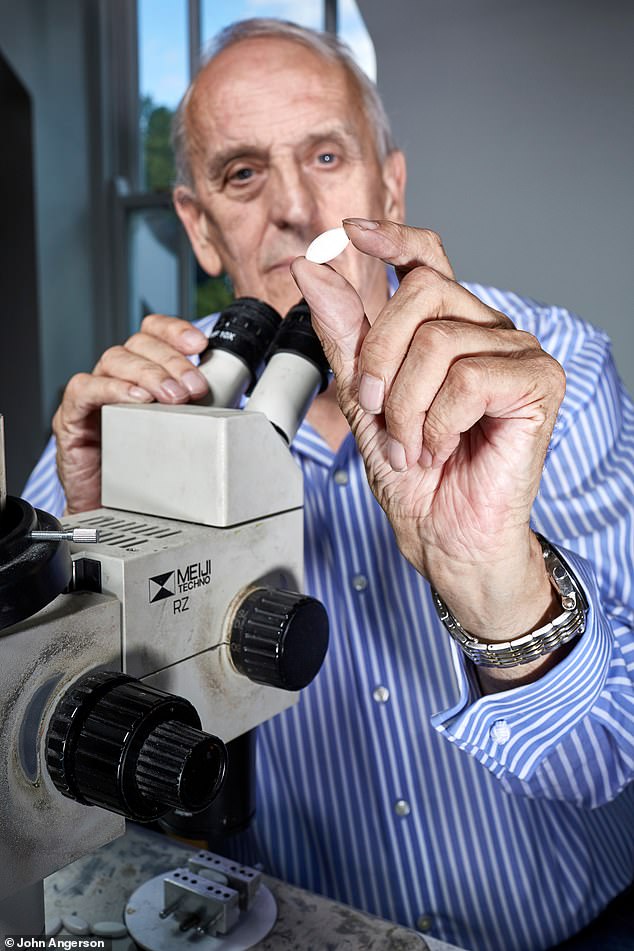 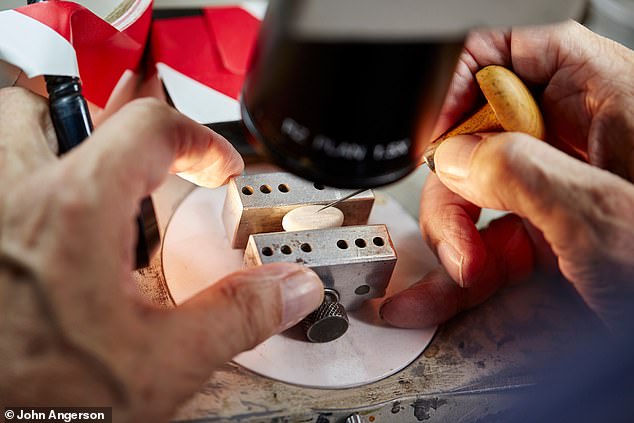 Mr Short described the job as ‘the hardest he has ever had to do’, with the pill ‘crumbling’