‘I feel like we are literally giving goals to the opposition’: Arsenal star Pierre-Emerick Aubameyang BLASTS his side’s defence after Watford draw

By Anthony Hay for MailOnline

Pierre-Emerick Aubameyang has hit out at Arsenal‘s defenders after his side threw away a two-goal lead to draw with early season strugglers Watford.

Arsenal were leading 2-0 at half-time after Pierre-Emerick Aubameyang netted two goals in 11 minutes to put the Gunners in control.

However, the second half took a turn for the worse with Tom Cleverley and Roberto Pereyra netting for the hosts. 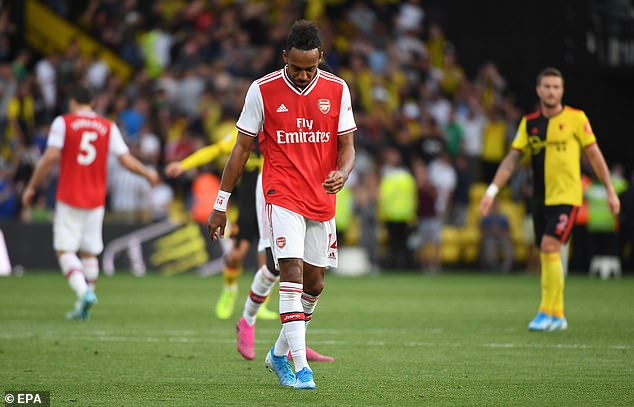 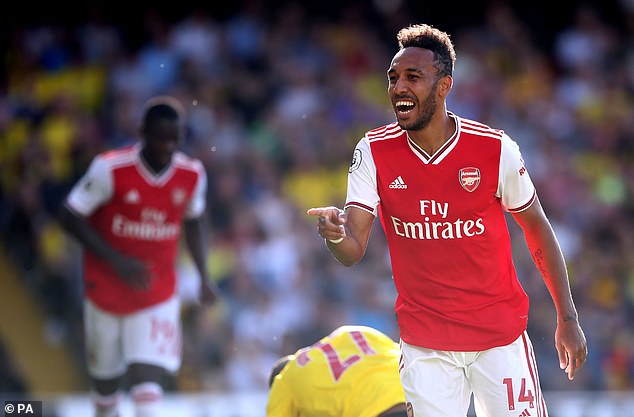 And the goals came due to poor defending by Unai Emery’s side as Sokratis Papastathopoulos gifted Watford the first goal by trying to pass the ball out from the back before David Luiz gave away a penalty.

Aubameyang, speaking to Canal Plus, said of Arsenal’s defensive lapses: ‘I feel like we are literally giving goals to the opposition.

‘It is up to us to progress. I don’t want to accuse anyone, but you could say that us, the attackers, could have killed the game off and score a third goal so I am not going to say it is someone’s fault.

‘Obviously we didn’t expect that. We knew that they were going to try & come back with good intentions, of the kind they demonstrated in the second half.

‘Sadly, we were not able to deal with them well.’

‘They capitulated. Proper teams don’t play like that,’ said Souness. ‘They brought on some kids. That was a game when it was 2-1 and it was time to dig in. When the kids came on it was all over the place, it was like a game of basketball.

‘Persisting with playing out from the back was going to cost them a goal, and they were lucky it was only one.’ 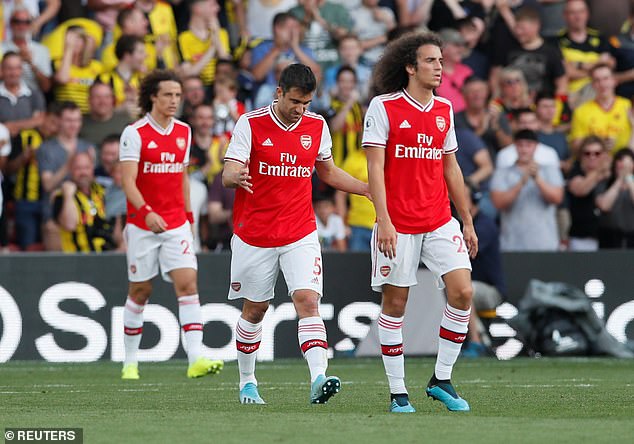 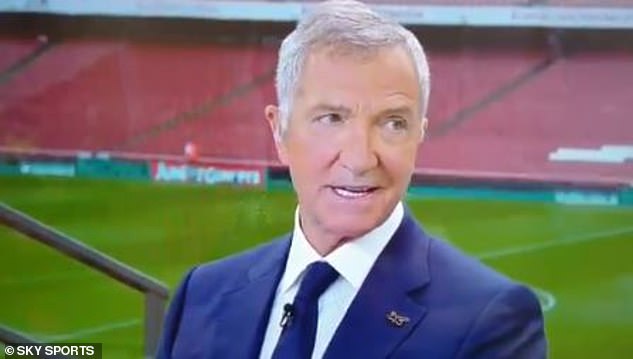 Former 49ers star Patrick Willis not sold on trading Jimmy Garoppolo: ‘They can win with him’

Bear bites woman on the bum as she sits on outdoor...