People who have lived through the traumas of war often lean more heavily on religion afterward, sometimes for many years down the line.

This is the takeaway of a new study, which found that people tend to become more religious after experiencing conflict first-hand.

Researchers say the findings highlight the ways and which war can drive major social changes long after the battles have ended. 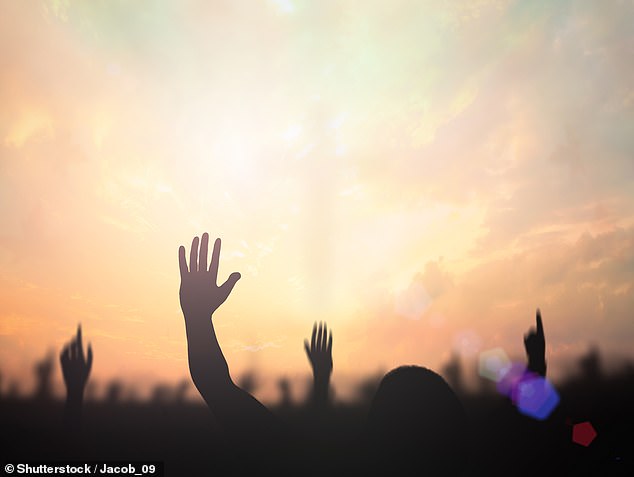 People who have lived through the traumas of war often lean more heavily on religion afterward, sometimes for many years down the line. Stock image

WHY DO PEOPLE BELIEVE IN GOD?

Greater thinkers have been pondering why people believe in god for centuries.

One popular theory cites ‘cognitive and social adaptations’ as the reasoning behind peoples’ belief in god.

For example, ‘cognitive decoupling,’ or the common phenomenon of attaching behaviors or actions to someone who isn’t in front of us could explain why people are religious.

It is a small leap from being able to imagine the mind of someone we know to imagining an omnipotent, omniscient, human-like mind – especially if we have religious texts which tell of their past actions.

Religious activities make our brains feel good, encouraging us to repeat them.

In addition, household norms tend to encourage people to be religious.

‘I became interested in this question through my prior work, which has been focused on how religious beliefs can cause people to cooperate more in a group,’ said lead Harvard University researcher Joseph Henrich, who led the study.

‘The idea is that if you can expand the sphere of cooperation, then that group can more successfully compete against others, sometimes even through violent conflict.

‘But this study suggests that this could lead to a vicious circle.

‘If you receive a war shock and become very religious, and then begin to outcompete other groups through conflict, that could result in a runaway effect.’

In the study, an international team of researchers gathered information from over 1,700 interviews with people from 71 villages across Sierra Leone, Tajikistan, and Uganda.

In all cases, they found membership in religious groups increased among people who had been more exposed to war.

These people were also more likely to rank religion as playing a significant role in their lives.

‘One of the more interesting findings was that in some cases we found the effect endures,’ Henrich said.

‘In Takikistan we find the effect even 13 years post-conflict, and there’s no sense in which it declines.’

According to the researchers, all of the places included in the study had experienced civil conflict that did not appear to have a religious or ethnic dimension.

‘In places like Sierra Leone, both the rebels and the government would go into villages and fire indiscriminately,’ Henrich said.

‘Some people would be killed or injured and others wouldn’t. That creates a natural experiment – some people are more exposed to war and some people are less exposed, and then we were able t look at the effect of having this shock on their religiosity.’

The study focused only on changes in religious devotions among individuals in the same village, the team notes.

‘There could be many reasons why people in different villages might be more or less religious,’ Henrich said. 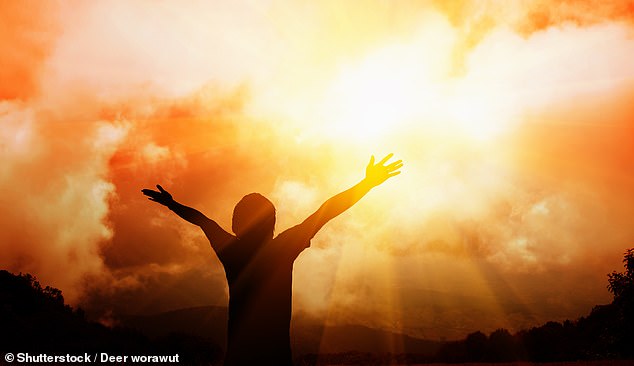 A new study found that people tend to become more religious after experiencing conflict first-hand. Researchers say the findings highlight the ways and which war can drive major social changes long after the battles have ended. Stock image

‘It could also be that a particular village was attacked more than another, but by comparing people from the same village we were able to eliminate that variation.’

The researchers say the findings shed light on the cultural shifts that often take place even long after a war has ended.

‘It could affect the direction in which institutions evolve, or the policies that governments pursue,’ Henrich said.

‘And there are policy implications as well, because if you’re concerned about religious extremeism and you deal with it through violence, then you make it worse.

‘Because it has this psychological effect, when you shock a population new institutions that were impossible previously are more likely to emerge.

‘So these war shocks may redirect history in different directions by reshaping institutions and influencing how people think.’

What Lies Ahead: Conversation With Top Internova Advisors

Facebook revamps ‘bug bounty’ program that has paid as much as...