Parents sued Facebook after the firm ‘duped’ vulnerable children into spending money on online games such as Angry birds and PetVille.

It comes after 135 pages of court documents – including internal Facebook memos, strategies and employee emails – were unsealed in response to legal action.

The records were part of a class action lawsuit that claimed the social network used in-game purchases to expand its revenue.

The practice was so widespread that the firm had a phrase for it, ‘Friendly fraud’, the documents reveal.

Parents sued Facebook after the firm ‘duped’ children playing online games out of money and refused to issue any refunds. It comes after 135 pages of court documents – including internal Facebook memos, secret strategies and employee emails – were unsealed in response to legal action (stock image)

The United States District Court last week gave Facebook ten days to file unredacted documents in response to a request from Reveal, the news agency of The Center for Investigative Reporting (CIR).

Announcing its victory last week, Reveal wrote: ‘A glimpse into the soon-to-be-released records shows Facebook’s own employees worried they were bamboozling children who racked up hundreds, and sometimes even thousands, of dollars in game charges.

‘And the company failed to provide an effective way for unsuspecting parents to dispute the massive charges, according to internal Facebook records.’

According to the documents, Facebook employees were aware that children were spending money without their parents’ knowledge.

The lead plaintiff in the suit, which has been kept under wraps for years, was a child who used his mother’s credit card one time to pay $20 while playing Ninja Saga on Facebook.

The child, referred to as ‘I.B.’ in the documents, was unaware that the site had stored his mom’s payment information. So as he continued playing the game, he thought that his later purchases were made with ‘virtual currency’.

When the credit card bill came a few weeks later, the mother was shocked to find several hundred dollars of charges from the game.

She reached out to Facebook to refund the money, saying that she had never authorised the charges beyond the original $20.

However, the company never provided a refund, so the family resorted to a lawsuit.

The documents allegedly describe widespread confusion of both parents and children over the ongoing charges.

‘In nearly all cases the parents knew their child was playing Angry Birds, but didn’t think the child would be allowed to buy anything without their password or authorisation first,’ according to an internal Facebook memo obtained by Reveal. 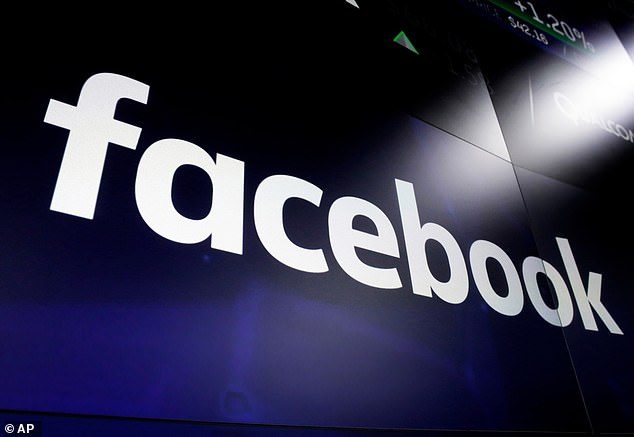 The United States District Court last week gave Facebook ten days to file unredacted documents. The ruling came in response to a request from Reveal, the news agency of The Center for Investigative Reporting (CIR)

One Facebook employee emphasized that children could easily be confused by in-app purchases because it ‘doesn’t necessarily look like real money to a minor’.

Even after the issue was brought up, however, the company kept denying refunds, Reveal said.

‘In one of the unsealed documents, two Facebook employees deny a refund request from a child whom they refer to as a “whale” – a term coined by the casino industry to describe profligate spenders,’ the outlet wrote.

‘The child had entered a credit card number to play a game, and in about two weeks racked up thousands of dollars in charges, according to an excerpt of messages between two employees at the social media giant.’

That excerpt is seen below:

Gillian: Would you refund this whale ticket? User is disputing ALL charges…

Michael: Is the user writing in a parent, or is this user a 13ish year old

Facebook and the plaintiffs came to a settlement in 2016, and three years later the documents are seeing the light.

In his decision to unseal some of the documents, the judge stated: ‘This information would be of great public interest, particularly since it relates specifically to Facebook’s transactions with minors.’

He agreed to keep some of the records sealed at the social media giant’s request.

When contacted for comment by Reveal, Facebook said: ‘We appreciate the court’s careful review of these materials.’

An attorney for the families, Ben Edelman, said: ‘I’m glad to hear the public will get to learn more about this matter.’

Facebook in late September disclosed that it had been hit by its worst ever data breach, affecting 50 million users – including those of Facebook boss Mark Zuckerberg and COO Sheryl Sandberg.

Attackers exploited the site’s ‘View As’ feature, which lets people see what their profiles look like to other users.

The unknown attackers took advantage of a feature in the code called ‘Access Tokens,’ to take over people’s accounts, potentially giving hackers access to private messages, photos and posts – although Facebook said there was no evidence that had been done.

Facebook said it doesn’t yet know if information from the affected accounts has been misused or accessed, and is working with the FBI to conduct further investigations.

However, Mark Zuckerberg assured users that passwords and credit card information was not accessed.

As a result of the breach, the firm logged roughly 90 million people out of their accounts earlier today as a security measure.

Facebook made headlines earlier this year after the data of 87 million users was improperly accessed by Cambridge Analytica, a political consultancy.

The disclosure has prompted government inquiries into the company’s privacy practices across the world, and fueled a ‘#deleteFacebook’ movement among consumers.

The company boasts it can ‘find your voters and move them to action’ through data-driven campaigns and a team that includes data scientists and behavioural psychologists.

‘Within the United States alone, we have played a pivotal role in winning presidential races as well as congressional and state elections,’ with data on more than 230 million American voters, Cambridge Analytica claims on its website.

The company profited from a feature that meant apps could ask for permission to access your own data as well as the data of all your Facebook friends.

The data firm suspended its chief executive, Alexander Nix (pictured), after recordings emerged of him making a series of controversial claims, including boasts that Cambridge Analytica had a pivotal role in the election of Donald Trump

This meant the company was able to mine the information of 87 million Facebook users even though just 270,000 people gave them permission to do so.

This was designed to help them create software that can predict and influence voters’ choices at the ballot box.

The data firm suspended its chief executive, Alexander Nix, after recordings emerged of him making a series of controversial claims, including boasts that Cambridge Analytica had a pivotal role in the election of Donald Trump.

This information is said to have been used to help the Brexit campaign in the UK.

2013, Facebook disclosed a software flaw that exposed 6 million users’ phone numbers and email addresses to unauthorized viewers for a year, while a technical glitch in 2008 revealed confidential birth-dates on 80 million Facebook users’ profiles.

Bernie Sanders wants to ban police use of facial recognition