The invaders, from black rats to giant snails, have helped to wipe out 300 species of animals and plants, a study has found.

That is more than ten times the global extinctions caused by native species, showing the harm humans cause when they take animals to countries where they do not belong. 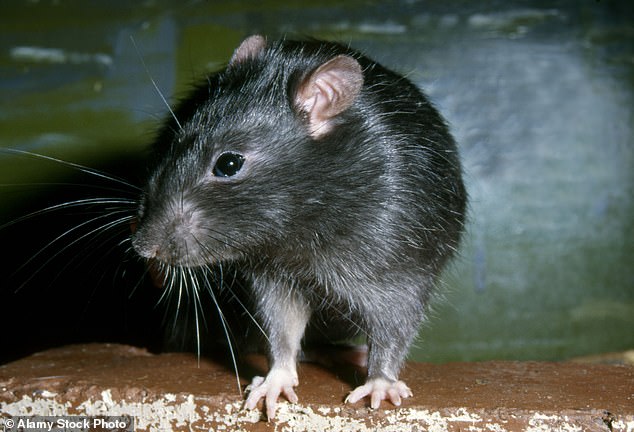 Black rats (rattus rattus) are larger much less common versions of brown rats. They are a pest to farmers as they eat most agricultural crops. They most probably spread across Europe at the time of the Roman conquest

Experts from University College London looked at global extinctions from the year 1500 within the International Union for Conservation of Nature Red List, which explains why animals are dying out.

The 300 species wiped out by invaders compares to just 28 killed off by native species, according to the study, published in the journal Frontiers in Ecology and the Environment.

Foreign species helped to kill off a third of animals, while hunting and fishing wiped out less than 19 per cent. Non-native animals kill off natives by spreading diseases, competing with them for food or simply by eating them.

The rosy wolfsnail has driven at least 134 snail species to extinction, while experts fear Britain’s storm petrels, the seabirds which lay their eggs on the ground, are at risk of being eaten by rats.

Professor Tim Blackburn, of UCL, said: ‘There needs to be better biosecurity to prevent future invasions.’