Nearly one in 50 US teen students see themselves as transgender, CDC says

Nearly one in 50 US high school students considers themself transgender, and more than a third of those say they attempted suicide in the previous year, according to the first study of its kind by a government agency released on Thursday.

Those transgender students are the frequent victims of violence and bullying, threatened at school and on their way to and from home, said the study by the US Centers for Disease Control and Prevention (CDC).

The report is the first released by the government health agency delving into transgender-related questions among a large number of students, experts said. 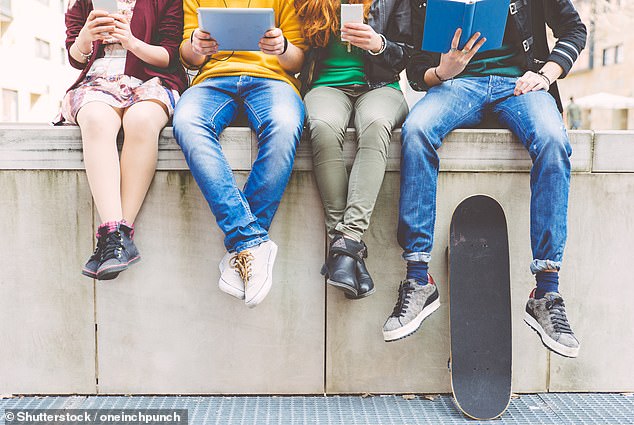 The report by the CDC, the government’s leading health agency, found just under 2 percent of high school students said they were transgender, meaning their sense of gender identity did not align with their sex at birth

Transgender issues have filled US political debate of late, with the US Supreme Court this week enabling the administration of President Donald Trump to bar many transgender people from serving in the military while legal appeals are heard.

Bathroom access has become a major issue in the battle over transgender rights as well, with controversy over whether students should be allowed to use facilities that match their gender identities.

The report by the CDC, the government’s leading health agency, found just under 2 percent of high school students said they were transgender, meaning their sense of gender identity did not align with their sex at birth.

Previous smaller studies have produced estimates of less than 1 percent to nearly 3 percent of US teens being transgender.

‘It’s really important to make sure that people and the government acknowledge and see transgender young people,’ said Amit Paley, head of The Trevor Project, a suicide prevention organization for LGBT+ young people.

‘This is data that shows that there are so many transgender young people across the country, and it sends the message to transgender youth that they are not alone,’ he told the Thomson Reuters Foundation.

Thirty-five percent of the transgender students said they had attempted suicide in the previous year, compared with about 7 percent of those who did not see themselves as transgender, the CDC found.

Those findings were similar to an analysis released last fall in JAMA Pediatrics, an influential journal, showing transgender youth were nearly six times as likely to attempt suicide as their heterosexual peers.

The CDC said twice as many reported being bullied and roughly four times as many said they had been threatened or injured with a weapon at school and felt unsafe on their way to and from school.

They were far more likely than non-transgender students to use cocaine, heroin, methamphetamines and prescription opioids as well.

The CDC said it added transgender-related questions in its most recent survey, conducted in 2017 among high school students in 10 states and nine large urban school districts.

Adults with chronic diseases who sleep less than 6 hours at...

Owning a dog is good for your HEART because it encourages...